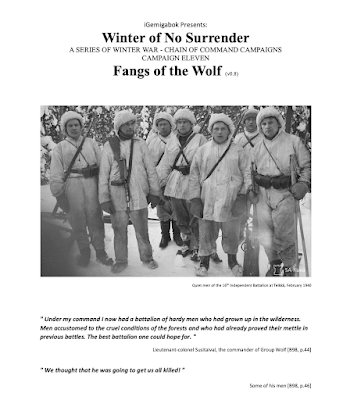 A few weeks ago my Finnish friends and myself started playing Campaign 11 from Eero Juhola's Winter of No Surrender Winter War campaign series. This is a massive project for using the Chain of Command ruleset with specific modifications for fighting the Winter War between the Soviet Union and Finland between late November 1939 to April of 1940. As readers of my blog will know, I have been much fascinated by this brief war and through this interest I connected with Eero some years ago.
As a CoC player, I thought the Bloody Bucket campaign was complicated to set up, it is simple in comparison to this campaign, Eero has really created quite an immersive experience for the players. You can find an introduction to  campaign 11: Fangs of the Wolf here. Quite a bit of the campaign takes place off table, with the two combatants moving about a series of 22 possible tables where combat could take place. The game is being hosted by Eero from his home outside of Helsinki on Discord. He usually uses a 3 camera set-up and acts as a non-playing games master. I believe it would be quite difficult to play this campaign without a referee of sorts.
Playing the game are 4-5 players, which include myself and Janne for the Soviets, as well as Jarkko and Mikko for the Finns, we are occasionally joined by Bill who travels to Eero's home, but the rest of us connect by the internet.
To put it simply, the Soviet 163rd Infantry Division has crossed the border near Lonkka with little opposition, their orders were to push to the southwest towards Suomussalmi to link up with the 44th Infantry Division. From there, they were to push west to Oulu, thus cutting Finland in half.
The Soviet force in the game is from the 662nd Rifle Regiment, the actual force that I am in command of is Combat Group Sharov. Historically, the 662nd split into Combat Groups at Palovaara, with the group under Colonel Sharov heading north. Our campaign begins on December 19th, 1939, Colonel Sharov is on the road about 30km north of Soumussalmi, he is stuck there along a 12km stretch with one battalion with several support units, they are running out of fuel and provisions in the freezing weather. They have decided to wait it out for the 44th Infantry division, who are pushing along the Raate Road towards Suomussalmi to relieve them. The Finns under Colonel Susitaval, commanding Group Wolf, have encircled them. Thus the Birth of the Motti....a tactic resorted to by the Finns to take on a much larger attacking force.
From here, I will let Eero tell the story in his two superb action reports chronicling  the attack of a small Finnish force on part of Group Sharov at Konttipuro (Table N). 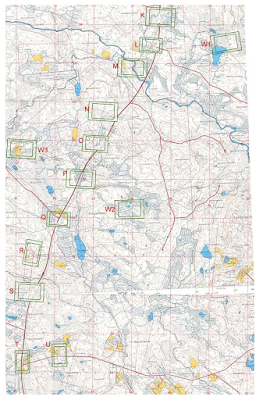 This campaign turn took place over 2 sessions as detailed here:
Game 1, Part 1
Game 1, Part 2
We are on to Game 2 today, let us hope the Soviets are a bit more successful. I will leave you with some photos of the game. 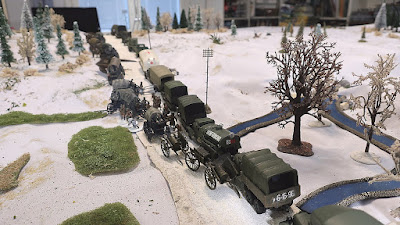 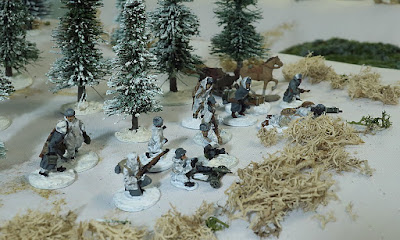 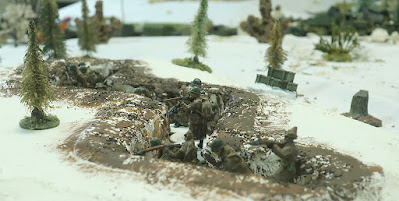 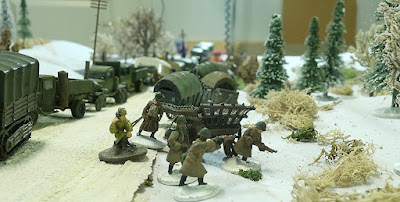 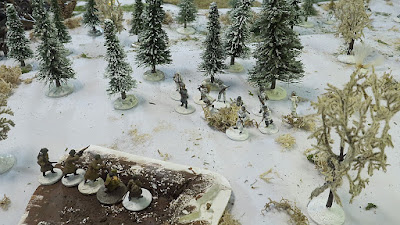 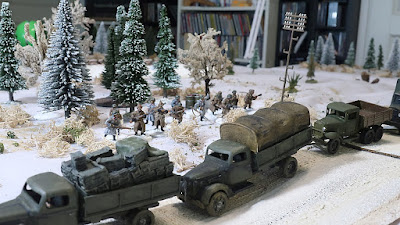 It was a good game and as described by Eero in his reports, it could have gone either way. I believe I might of changed a few things in retrospect in how I played the game. There are a lot of moving pieces in Eero's scenarios but I did learn a lot in my first game so wish Janne and myself luck in our next game.
Posted by john de terre neuve at 07:38