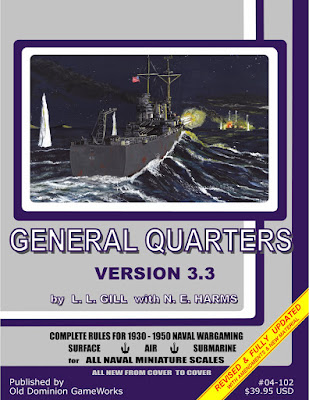 My friend Pierre-Yves recently convinced me to have a game of General Quarters, a WWII Naval Combat game. I was quite reluctant as my only experience with WWII naval combat was Naval Thunder. I had a few games of this with my friend Adam a couple of years ago and although I bought a British armada; I found the rules, especially the movement and firing, somewhat clunky. If I have to do a lot of thinking especially in respect to movement and at whom I can to shoot, the game will just lose me. There are a lot of great things about Naval Thunder, their spreadsheet to generate ships is great, although maybe a little over complicated.

I had watched a very laudable review of General Quarters on Little Wars TV, and although it was one of their top recommended games, the rulebook with over 180 pages of closely written print was putting me off. I was also not a big fan of naval combat in general, but after playing Black Seas which is a lot of fun, I was open to trying General Quarters.

We have played 2 games over the last 2 weeks and I have to say that I have thoroughly enjoyed the ruleset, the movement and firing mechanisms are very simple but have at the same time a lot of depth. I especially appreciated this last night when we increased the complexity markedly in just our 2nd game.

Our game last week was a replay of the Battle of the Denmark Strait, we played this with 2 ships aside and played with just the Flank Speed (a simplified version) single sheet of the rules. We decided not to play with torpedoes. It was a lot of fun, here are a few photos. 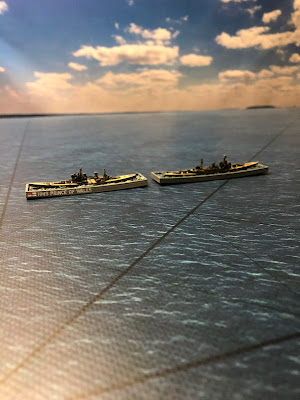 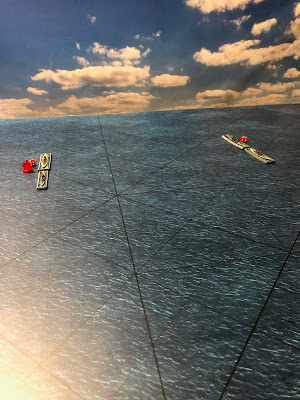 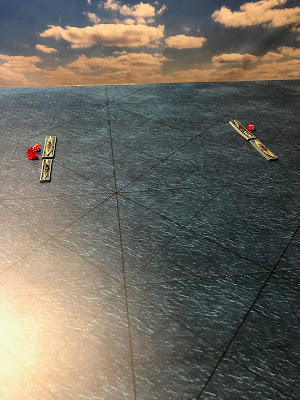 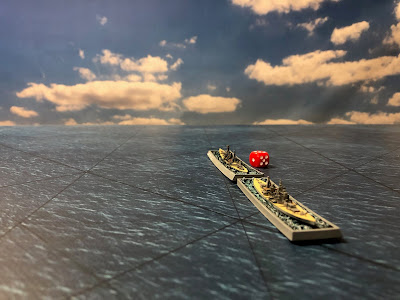 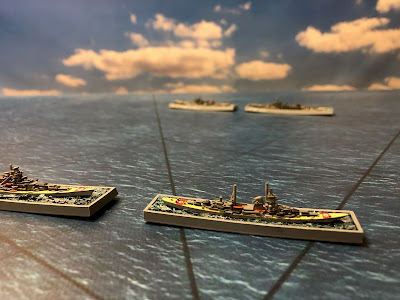 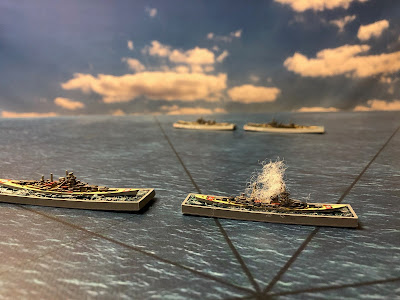 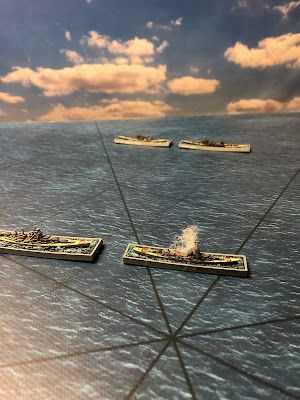 Last night we played an encounter between the USN and the IJN with 6 ships aside. We also added in the torpedo rules. 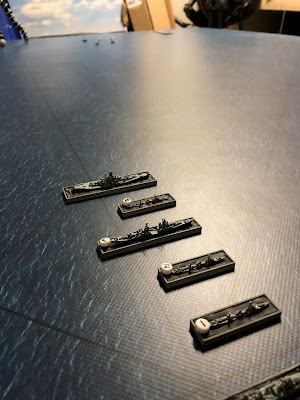 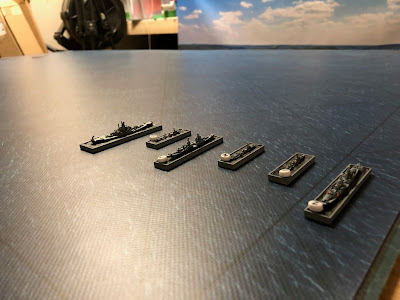 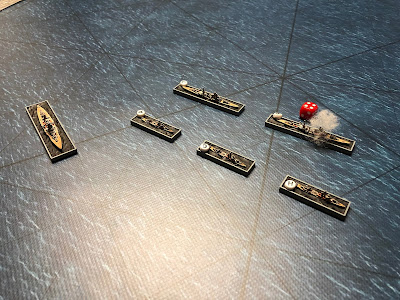 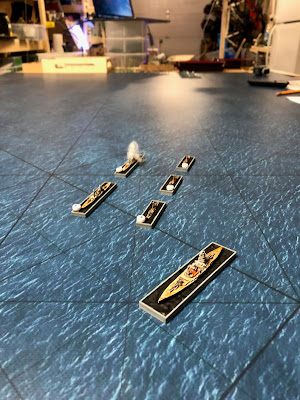 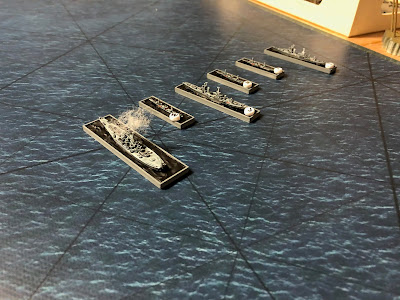 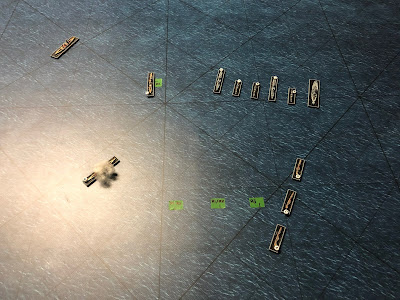 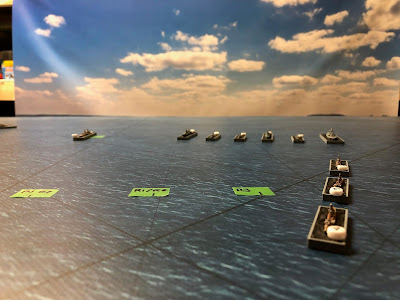 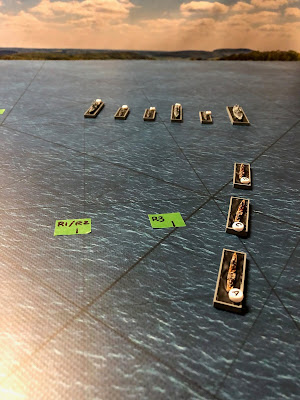 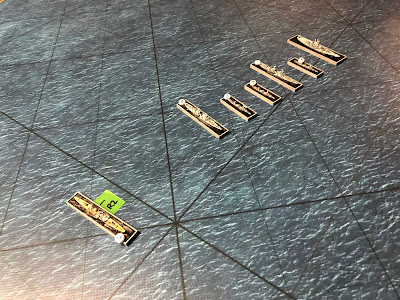 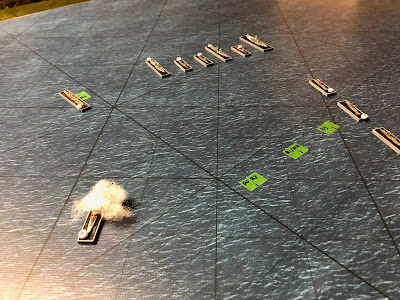 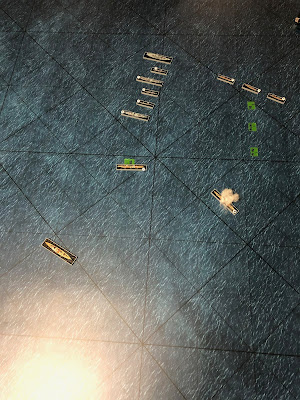 Again a lot of fun, it was a specially interesting in that I decided to keep all 6 of my ships (USN) in a single formation while P-Y had 3 separate formations. The rules handled this remarkably well and in the last turn of the game we had to check for multiple collisions which was also quite fun. I think it will take a bit of practice to get torpedo aiming right but I suspect we will get there.

I should note that all the ships you see were printed by P-Y on his Prusa Resin Printer, I believe they are all at around 1/3000 scale.
Posted by john de terre neuve at 10:52 1 comments