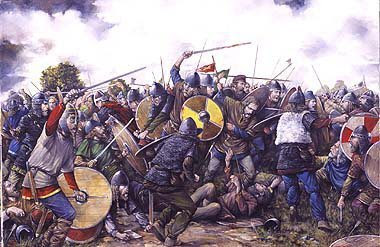 We had another game in our Dux Campaign, Thursday week. This time Adam called for a battle. I usually arrive at the Hobby Bunker first and set up the terrain. I really try to set up a symmetric battlefield that does not favour either side. We then dice for which edge we want. This time I set up the field with a fence with two major gaps and two gates running along the long axis of the board. When Adam arrived we added some stone walls to it to give some hard cover. It was an interesting game which was a little more tactical and less bloody then our recent games. A usual you can see an excellent AR with photos on Adam's blog the Fencing Frog.

I have been having a tough time with the pre-battle phase in our last two games and again my Champion Cyneric came out wounded, giving Adam a boost in his morale and some extra combat dice.

The Saxons rapidly advanced their warriors to the wall, while try to flank the Britons to their right and get over the wall. Fortunately the Britons were able to bring up their levies and for a quick sheildwall.

Towards the middle the Saxons had some initial success but my elites and warriors were able to counter attack and drive them back. A battle of attrition ensued in the middle with attack and counterattack. The Britons got the better of this but the outcome was still in doubt. By now the Saxons were able to get their elites over the fence and threaten my warriors flank from their left. I slowly wheeled them backwards and was able to form a shield wall.

By this time the Saxons centre was undone and they decided to withdraw. The Britons contested the withdrawal. The retreat-pursuit cards were equal. I had a slight advantage in men lost and had two points for the victory. But more importantly I had killed two Saxon nobles giving me the magic 5+ victory. I am now allowed to upgrade one of my units. Certainly this will be a unit of warriors so I now have two units of elites. 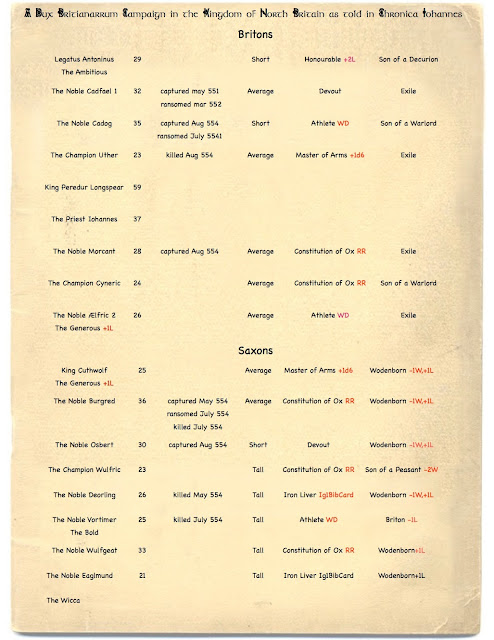 We then went into the post-battle process. Adam threw a 3, so his men will take 6 months to recover their full strength. As the Britons had lost the province of Caterick the previous summer, I decided to lay siege to my lost province. I threw a 2, so Caterick was recaptured in October 554, 15 months after it was originally captured. 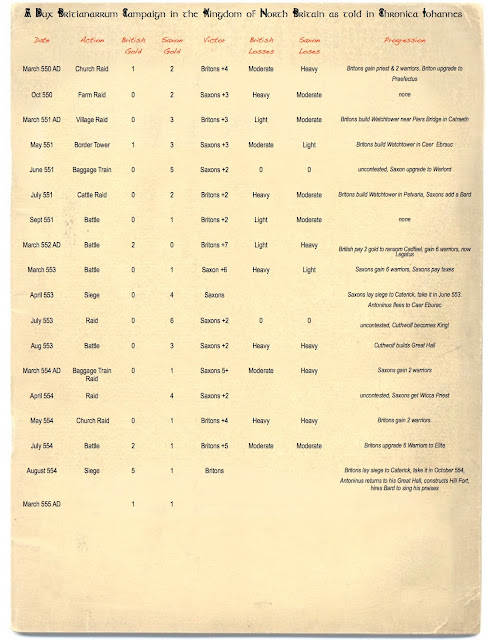 Iohannes returned to his great hall, to celebrate he hires a bard to sing his praises and strengthens his province with a hill fort.

On to March 555, with a much strengthened force of "Men of the North".
Posted by john de terre neuve at 07:01 6 comments 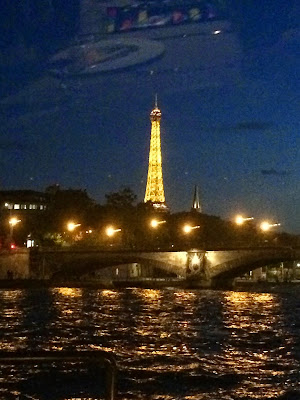 Time for bit of an update. The last three weeks have been quite busy for me and I have had little wargaming aside from this past weekend. At the end of April, I had to make an unexpected trip to pack up my daughter's flat in Montreal. We had the lease until the end of June but her immersion programme finished the end of March and thankfully the landlord allowed her to terminate the lease early if he could find another tenant, which he did quite quickly. I had never used a storage facility before, they are really quite handy and they gave us a free truck to move. Pretty good deal really, but I am not looking forward to moving her into her new flat in August. I have told her no more moves! We then went on a vacation to Europe with my wife's family and both my son and daughter. The family stayed in Paris, but my wife and I took off to Bruges for a couple of days. Well worth the trip and I really got to learn a lot about beer. Both kids really enjoyed Paris and my daughter is already talking about moving there from Montreal to further her Fashion Design aspirations. We got back to Montreal on Thursday and then had to drive to Massachusetts. I had promised some time ago to provide terrain and troops for the  Hougoumont Scenario for the Boston Trained Bands Waterloo game for Huzzah, so Saturday I had to get up early, pack 22 battalions of French and 5 battalions of Allies as well as all the necessary terrain for a 6x8' table and drive to Portland, Maine. More about that later but time to catch up with our Dux Brit campaign.

Our last game was on the 23rd of April. We played the church raid scenario, the Saxon player gets to pick whether we play a raid or a battle and Adam decided to go with a raid, a d6 was thrown to select the raid. By now the Saxons had a string of victories and had captured one of my three provinces, I really needed a victory. As usual you can find an excellent AAR with photos on Adams blog, the Fencing Frog.

This is a tough raid for the Saxons, I got a fairly good starting position and the Saxons started on the far side of a stream (it would of killed them if it was a river). I was quite hamstrung though by the position of the church as it ended up being placed next to a swamp which really hurt my ability to use my levy in shieldwall (they are really quite useless unless thus protected).

It was a brutal battle with heavy losses on both sides, but as you can see I was able to gain a 4+ victory so gained 2 gold and 2 warriors. Additionally the Saxons lost two of their nobles. The campaign is now as follows, we are hoping to have our next game this Thursday. I believe neither of us are tiring of the campaign, it really is very well designed. 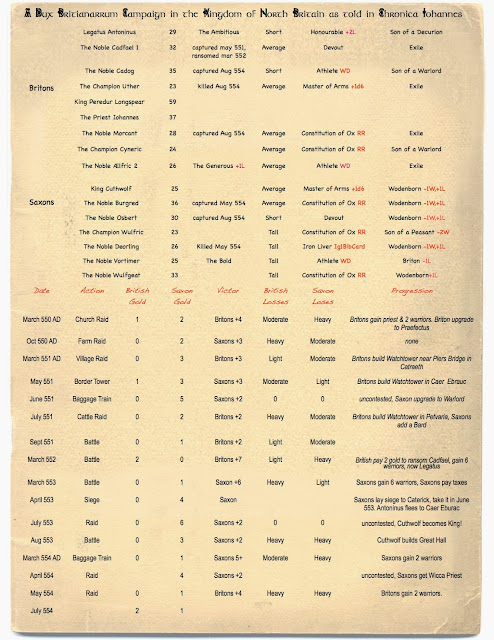 I thought I would also add a few photos from our trip, I add non gaming stuff to my blog once a year and it has been a couple of years so I will allow myself this indulgence.