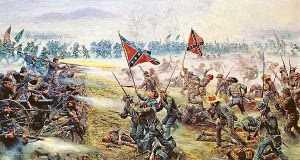 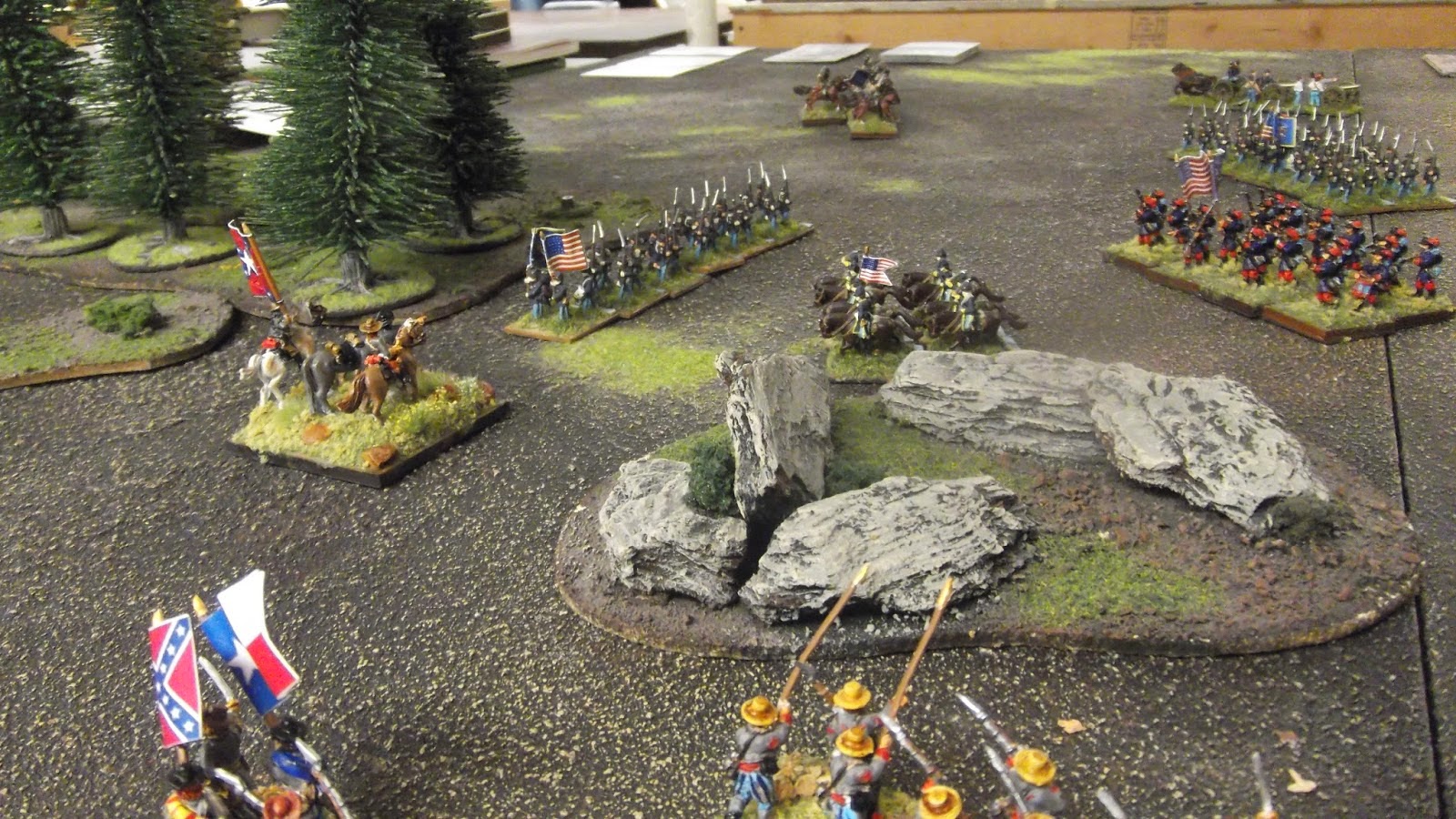 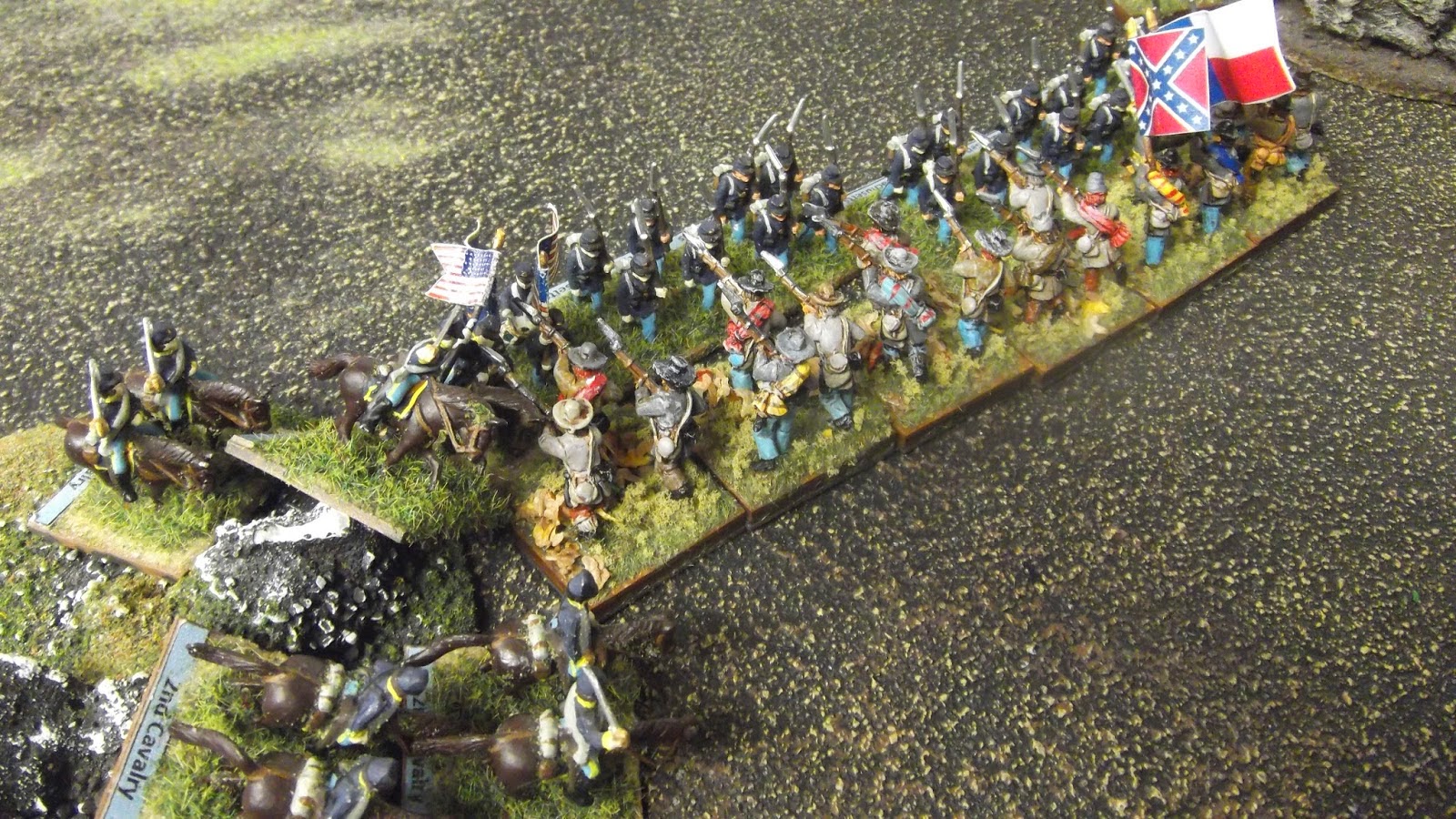 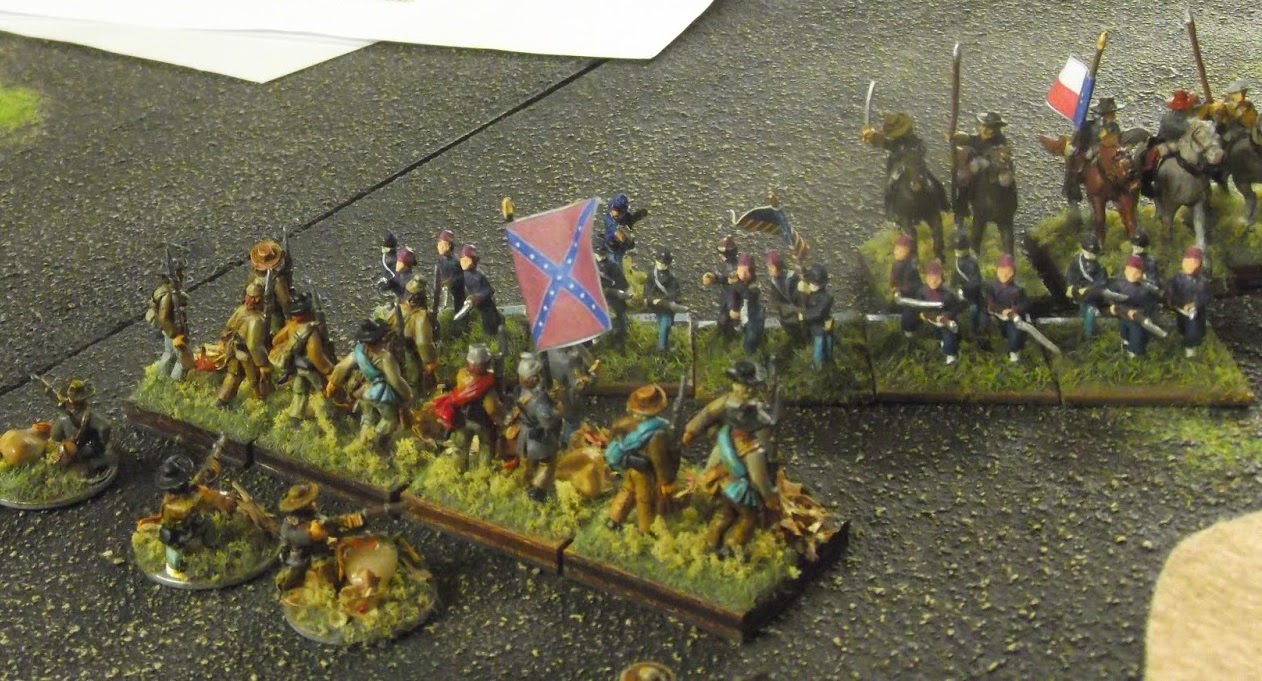 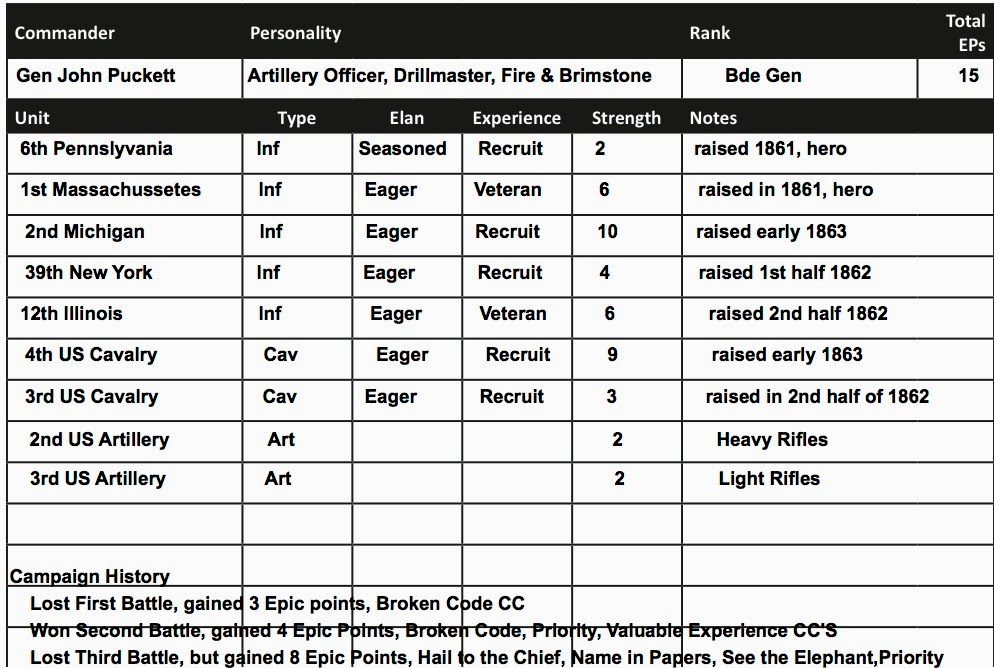 My Challenge in Review

Well Curt's 4th Annual Painting Challenge has come to an end. If I remember correctly there were less then 10 contestants in the first year and 60 this year, really Curt needs to be applauded for all the work done, I suspect he had almost 500 entries to catalogue and post on his blog. Brilliant job!

For myself it was pretty successful as I got several projects completed. The last couple of years has seen my gaming interests broaden beyond Napoleonics, although I have been good at limiting myself to skirmish gaming only. The one additional area that involves massed troops specifically Ancients, may end up being abandoned. We will have to see. My Dark Ages, French Indian War, Sharpe Practice, LoTR, Napoleonics and WWII forces have been completed. I still plan to add some winter Russians and possibly some winter Germans, DAK and 8th Army platoons to my Chain of Command forces as well as some Picts to my Dark Age armies. Otherwise it is back to lead pile of Napoleonics, still lots of Prussian and Dutch/Belgians there.

Anyway back to the contest, I planned to paint 1500 points but hit just over 1400 points, so I missed my target. It has been a tough 3 months as I was away from home for almost a month, and when I am away that much, I am working almost every day that I am home. Also my amount of gaming as increased markedly, going from one game every 6-8 weeks to a game every 1-2 weeks in the same three months, which is great.

I have not posted all my submissions so I thought it would be nice to do a summary. 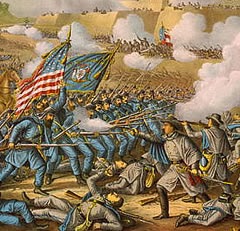 Myself and Adam had our second game of Longstreet last Thursday at the Hobby Bunker, again Adam has posted an AAR on his blog The Fencing Frog. Unfortunately the game was quite intense and we never took many photos.

In this my second game, I focused on utilizing the cards as well as their intrinsic abilities. Longstreet is complex game with a simple mechanic. In my first game I was just trying to get an overview. The card driven aspect of the game is great and really everything depends on saving the best cards and playing them at just the right time. For my next game I plan to focus on terrain and well as the innate qualities of the units in respect to shooting and combat. The mechanics of shooting and combat are very similar to Lasalle.

We played the Walled Farm scenario, and as I had the Broken Code campaign card from the first game, I got a +2 on scouting roll. I subsequently won and chose to be the defender.
I set up all my cannon in the middle and my infantry on each flank, with one cavalry unit and an infantry unit in reserve. Adam essentially set up in the centre of his deployment zone. Here we can see some of the action mid game, but more on Adam's blog. 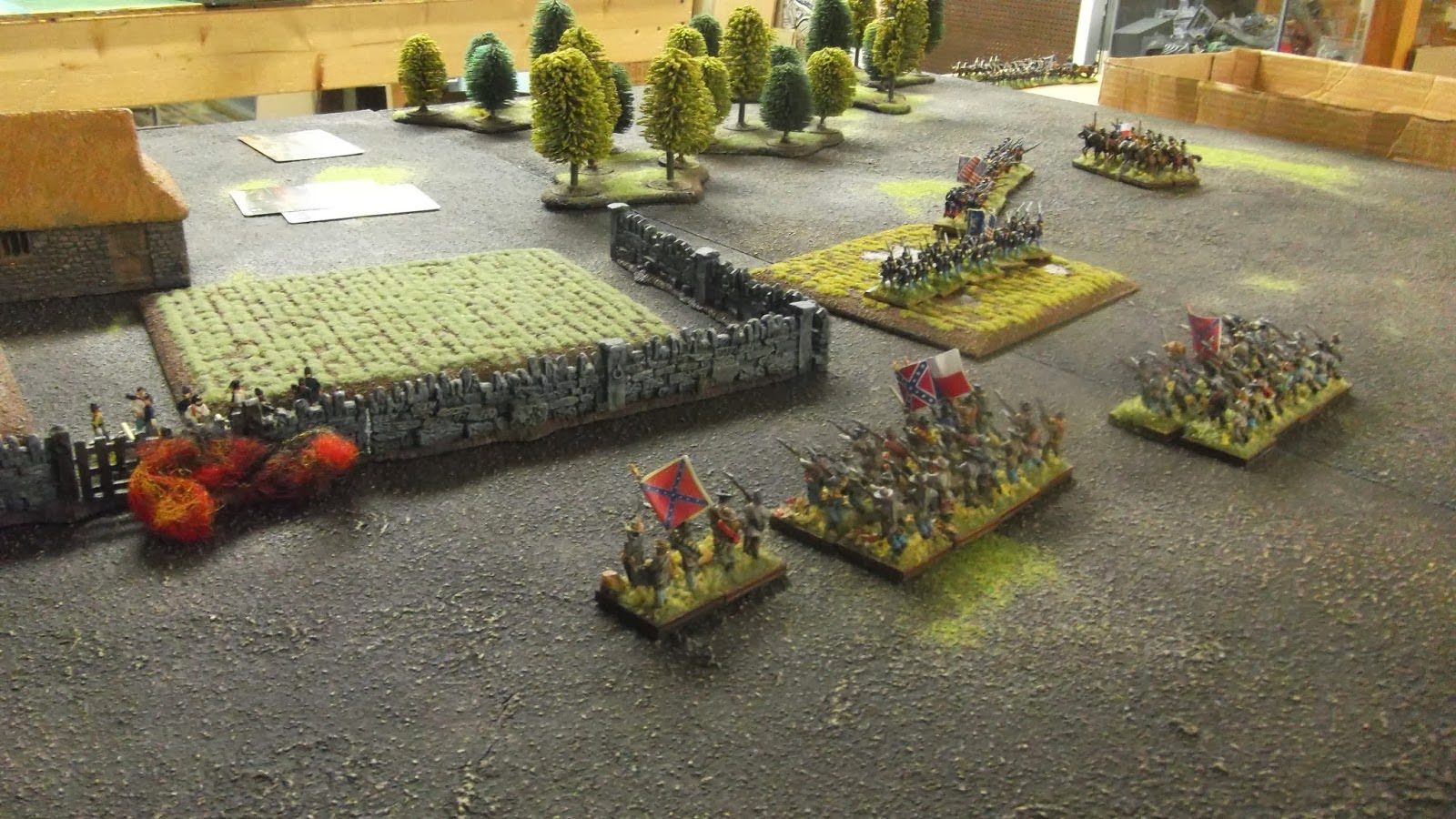 Well I did score a victory, and earned 4 more Epic Points, I am now only 3 points behind Adam, and the Union does get stronger through each year of the war. The post game process is a lot of fun, essentially you see how many troops die of illness and remove their bases from your roster. You also pull campaign cards which can reinforce or upgrade your troops and also may give you an advantage going into the next game. Here is my roster as it now stands going into game 3. 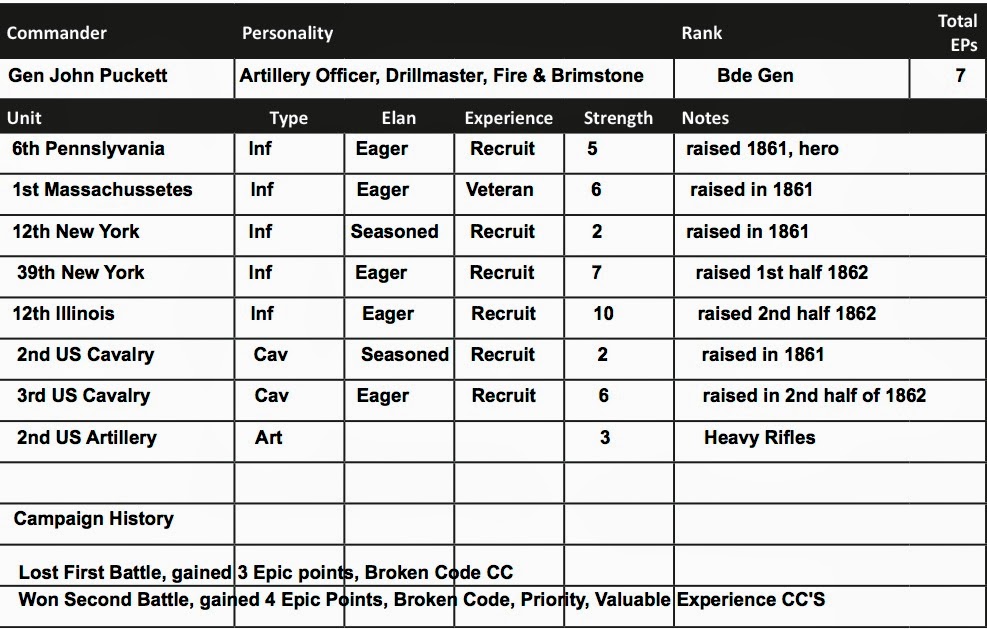 Acquiring some ACW forces: Well the money has been sent and I am hoping to have a fairly hardy Union army in 2-3 months from Fernando and Blue Moon miniatures. I have never utilised a painting service in the past, but I suspect I will be pleased.

The Painting Challenge: Well I still have a number of figures painted that I have not submitted, this includes a platoon of Panzer Grenadiers, some Sharpe Practice forces, a small unit of  FIW figures that are almost done and hopefully some more Winter War Finns, but alas I will not meet my goal of 1500 points. C'est la vie.

Normandy Campaign Terrain: This is pretty well done aside from the base board itself (which is the easiest part). I am about to put together a 4Ground shed and hoping it will size out with my Italeri houses. I suspect I will have this ready for April, the Soviet campaign I am currently involved in is going quite slow, so the timing will work out.