Had a bit of a delay there for a while, lost 3 days over Xmas.......Lost Holiday!......I suppose. But back on track now, finished another 160 points for the contest, just need to get the bases done. 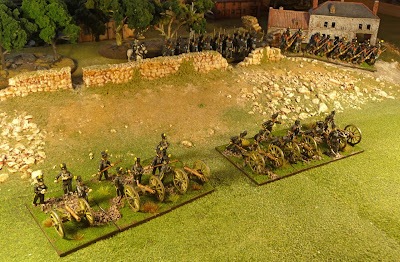 This my first submission for the Analogue Hobbies Painting Challenge. They have netted me 150 points, 7% of the way to my my goal!

Mordor: Orks, Warg Riders and the Mouth of Sauron

Next up in my son's LotR collection is Mordor. He has a size-able collection here, and I thought he did a nice job on these figures. I recently painted 6 orcs that were unpainted in order to fill the trays. I wonder if you can pick them out. 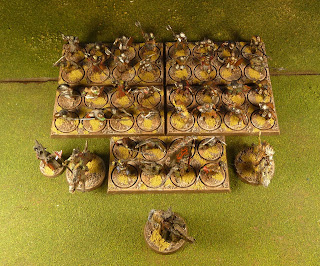 The Forgotten Kindoms: The Fellowship and Treebeard

Next in the series of our LotR collection is the figures from the Forgotten Kingdoms, I presume this means the kingdoms that existed in the Northwest of Middle Earth. We do not have a whole lot here aside from the Fellowship and Treebeard.
Read more »
Posted by john de terre neuve at 08:02 4 comments

Well the big contest starts tomorrow, the white primer has been applied and the airbrush is going to get cleaned today; 1700 points will be near on impossible for me to achieve, but I will give it a go. Unfortunately timing is everything and I have been off for the last week and go back to work tomorrow, not the best of planning.
Read more »
Posted by john de terre neuve at 12:28 11 comments

The Contest and the Prediction! 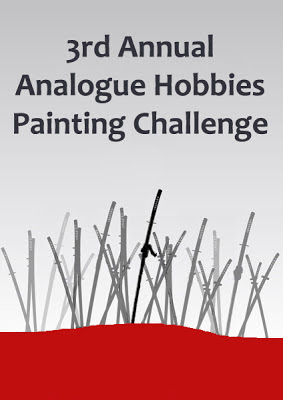 Moria Goblins and they have a Cave Troll!!

This is the first post in a planned series to exhibit my son Simon's LotR collection. I would think that he probably painted these figures half way through his 3 year figure painting stint. I have taken the figures and have redone the bases in an attempt to unify the figures. I have also obtained some War of the Ring movement trays and have terrained them in order to more carefully display the figures. As you can see we have 3 missing slots. I am really having to control myself in not ordering any figures in order to fill these trays. Gamesworkshop figures are not only incredibly expensive approaching $5 each in some cases even for the grunts, but I really do not want to take on any extra painting tasks. This is quite difficult for me as I am a completist and seeing those empty slots will probably drive me crazy. Additionally, I am much more likely to play the LotR SBG rather than the WoR ruleset in the future, so  no need for complete trays....keep saying that to yourself.
Read more »
Posted by john de terre neuve at 15:12 8 comments