We had our second game in our 29, Let's Go campaign this past Saturday. In our first game, I (the Germans) got trounced and I started this game with -1 on my Morale, as well as missing 8 riflemen from my platoon. It seemed like I was in big trouble already, as the American force is always at full strength in each game. Fortunately between game one and two, Richard Clarke put out Talking Tactics, a primer on WWII platoon level tactics as they relate to Chain of Command. This is an excellent read and what came across to me is that as a defender with a weakened force, I had to play very conservatively.

So we started our game. I finally had got my hedge rows done, my bocage pieces made it somewhat difficult to play the last game as they blocked LOS which is not the case in this campaign. The scenario is #4 from the book. Mike threw a Morale of 11 and I threw a Morale of 9, adjusted down to 8 as I had started to lose the confidence of my men as we were routed in the last game.

Mike had 19 supports which I believe he spent on a Sherman, a HMG team, a Sniper, and a 81mm Mortar. I went defensive and purchased 4 barbwire's, 1 team entrenchment and a 8cm Mortar. So let's go to the photos. I did start the game with 2 CoC dice, as well as two hidden Marder's on my left flank. Unfortunately they can only be used against American armour.


So Although I had a nice victory, I have lost 6 men and am starting the next game with a very depleted platoon with only 1 rifle team, and 3 LMG teams. My only plus is that I get an extra minefield, barbed wire or entrenchment aside from my 9 supports. The Americans are able to call up the cavalry and now have 25 supports, I believe it very unlikely that I will be counter attacking! I do have Colonel Goode nervous though. 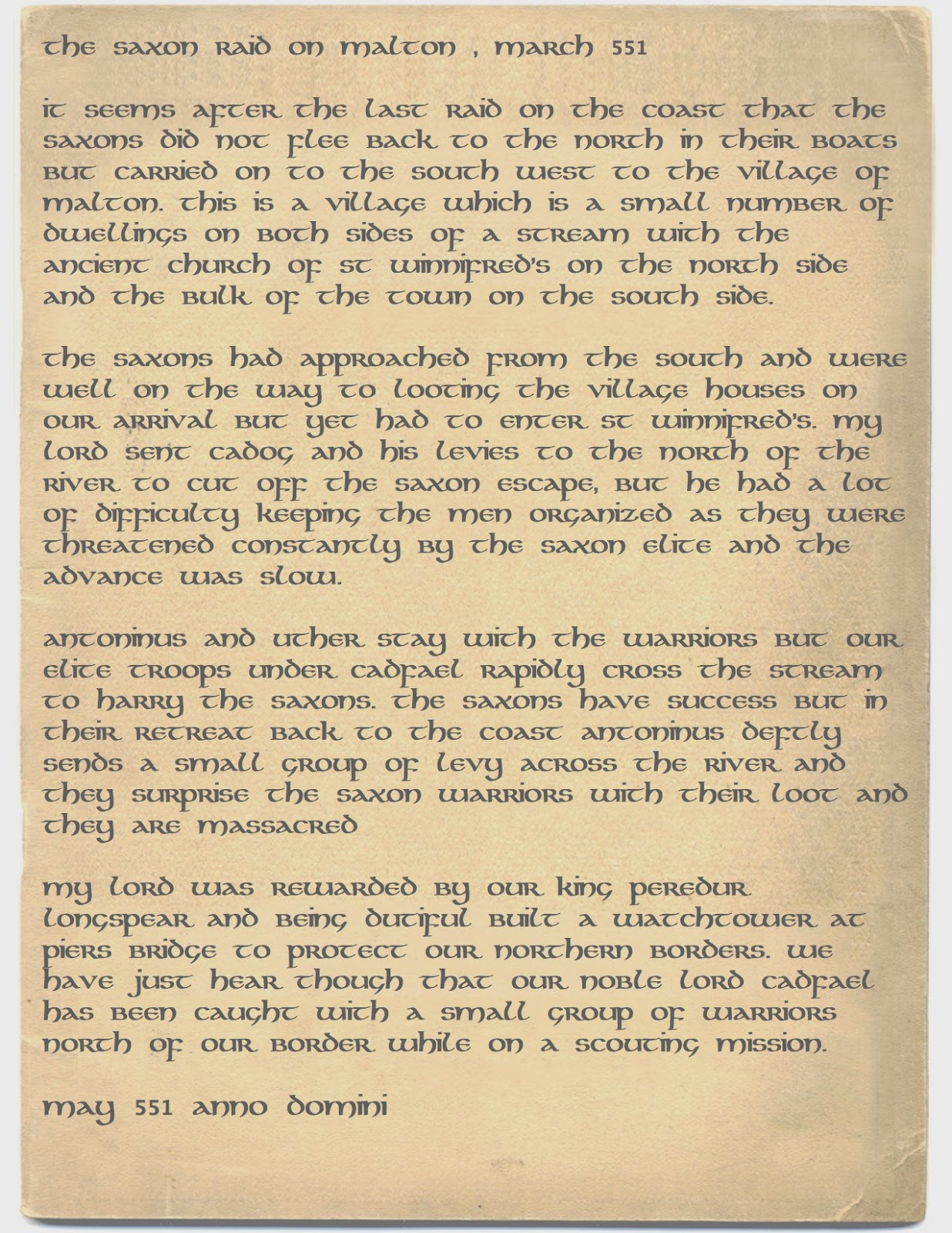 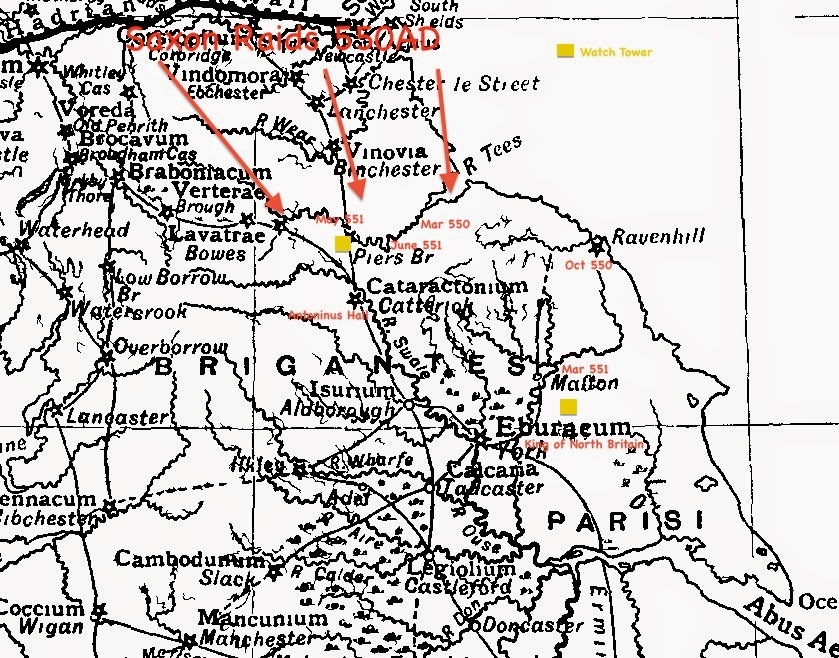 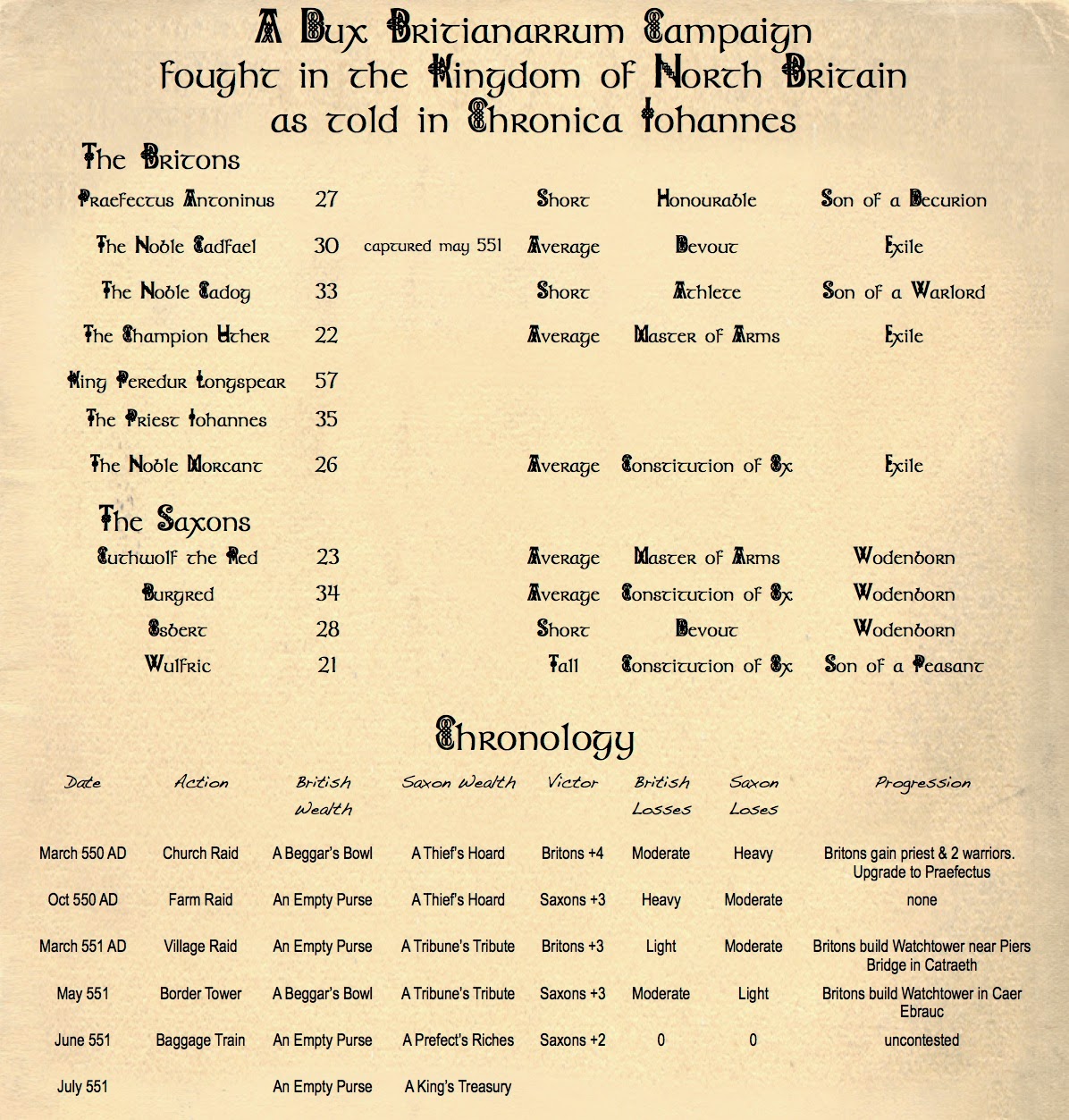 Chronica Iohannes: Raid on the Village of Malton 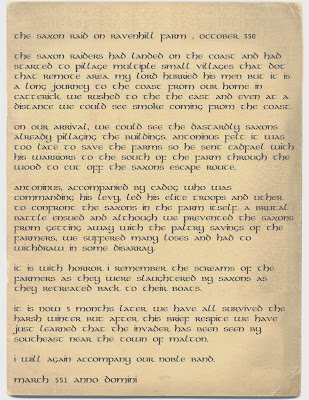 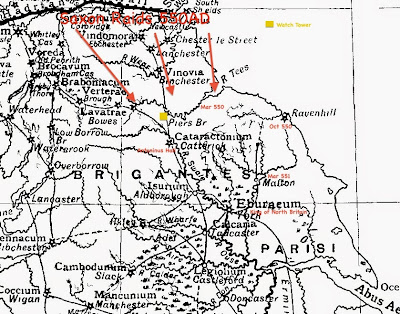 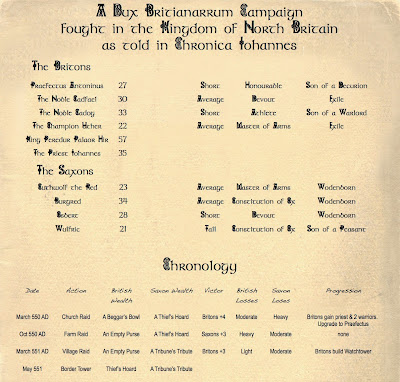 Bit late with this post, but I needed to get it out before the 4th game of our campaign which we are having tomorrow evening. You can see an AAR of this battle on the Fencing Frog blog.

This was our best game to date, although we misinterpreted the scenario in such away that it may of cost Adam the game. The ending however was climatic and the Britons won a hard fought victory at the last moment. With the money gained in this raid, I have purchased a Watchtower which will lessen an advantage that the Saxons have had, as my troops will now arrive one turn earlier then set out in the rules.
Posted by john de terre neuve at 10:05 4 comments

SAGA at the Hobby Bunker

Boston Trained Bands had a SAGA day at the Hobby Bunker yesterday November 9th, it was very busy as there was some sort of Cancer Charity event with Warmachine Hoards (I have no idea what this is, but it seemed very popular with at least 8 tables going). There was also 3 tables of X-Wing and a SYW game in 15 mm which looked very attractive.

We were able to squeeze out 3 SAGA players and we did have a lot interest as we were playing. The Hobby Bunker had lots of The Crescent & Cross stuff there, but no basic SAGA rulebooks which was unfortunate. I did see some purchases though of the Gripping Beast boxes of their plastic Dark Ages figures. Hopefully some interest was generated.

I had not really played SAGA for a couple of years (my gaming partner Nico disappeared about 18 months ago after the birth of his beau fils, but the good news is that he has just arisen again!). I had forgotten what a fun game it is and of course a lot has happened in two years with the publication of the Crescent and the Cross.

We played two games of the Warlord scenario, using Vikings and Anglo-Saxons warbands and had a lot of fun. The rules are easily remembered and we did not mash them too much. I took a few photos so I thought I would present them.

We finally got to start our first Chain of Command campaign using the CoC At the Sharp Edge campaign system and the first pint sized package campaign 29, Let's Go! Scenario One, the Probe at La Cambe was played yesterday at the Hobby Bunker in Malden, MA. This is an historically based campaign following the action of the 176th American Infantry Battalion as it has been ordered forward to secure the Bridge at Isigny, as a part of the day after D-Day actions, June 1944.

The real good news was that Mike, with whom I have been playing CoC, has started to paint up some Americans, they are still in the painting process, but he was able to field a full platoon with some supports and a couple of tanks for our game. I understand his Soviets are well underway as well. So any way on to the action. As usual, I forgot to take a lot of photos, but there is enough to tell the story.

Although I lost by a morale failure it was a great game. I lost 10 men and a JL, while Mike lost 16 men. Unfortunately for me, the Americans have plenty of reinforcements so start each scenario with a fresh platoon. By applying post battle attrition rules from At a Sharp End, I have lost 5 men from my platoon permanently and 3 for the next battle. Leutnant Fuch's men faith in him has dropped and his platoon is going to suffer a -1 on their next Force Morale throw. It is going to be a tough campaign!

Here is my campaign tracker, I am hoping it is pretty straight forward.