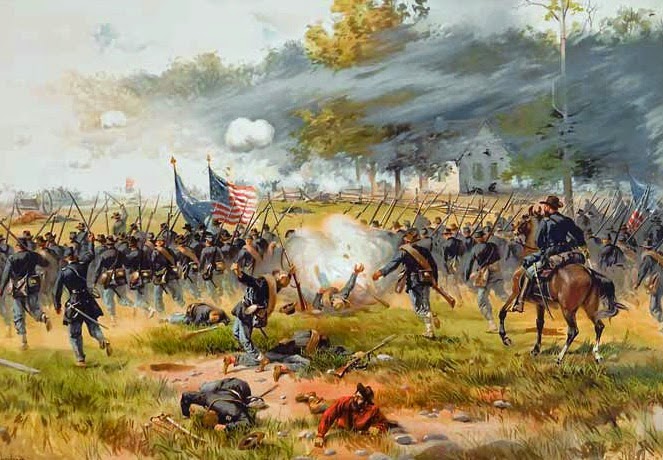 This is a bit of a late update. I have been quite busy at work, have been really stuck into the progress of the les habitants through the Stanley Cup Playoffs (including driving to Montreal and see their stupendous victory over the Bruins in game 6) as well as trying to get my ACW army based.

For our sixth game we played the Meeting Engagement scenario. I took the attacker side. The game started off well enough, but Adam is just getting better and better at playing Longstreet and I got trounced yet again. His artillery supremacy was also quite a challenge, but he is quite a willy player and now for the first time in our campaign he has pulled ahead in Epic points. You can find the AAR on his blog The Fencing Frog.

Our next game is scheduled for next Thursday, this is a full 4 weeks since the last game so I am hoping that Adam has become a little rusty! Unfortunately although I now have the advantage in the cards, he still really has a good army whose ranks are stuffed with eager veteran troops.
This is quite a challenge as you can see from my OB, which is filled with seasoned units. I did get a good draw on the campaign cards and now have a complete artillery regiment with 3 full batteries.
Anyway the exciting thing about the next battle is that we will see the debut of my own troops. Many thanks to Adam's friend Cortland who has lent his troops to date. I hate basing, but I got all the troops done that I need for the next battle and their flags fortuitously arrived this week. Still have 4 more infantry and 2 more cavalry regiments to base, as well as one more heavy rifle artillery battery unit with 3 more limbers (not yet painted). But here I present the first six infantry, one cavalry and 3 artillery units. 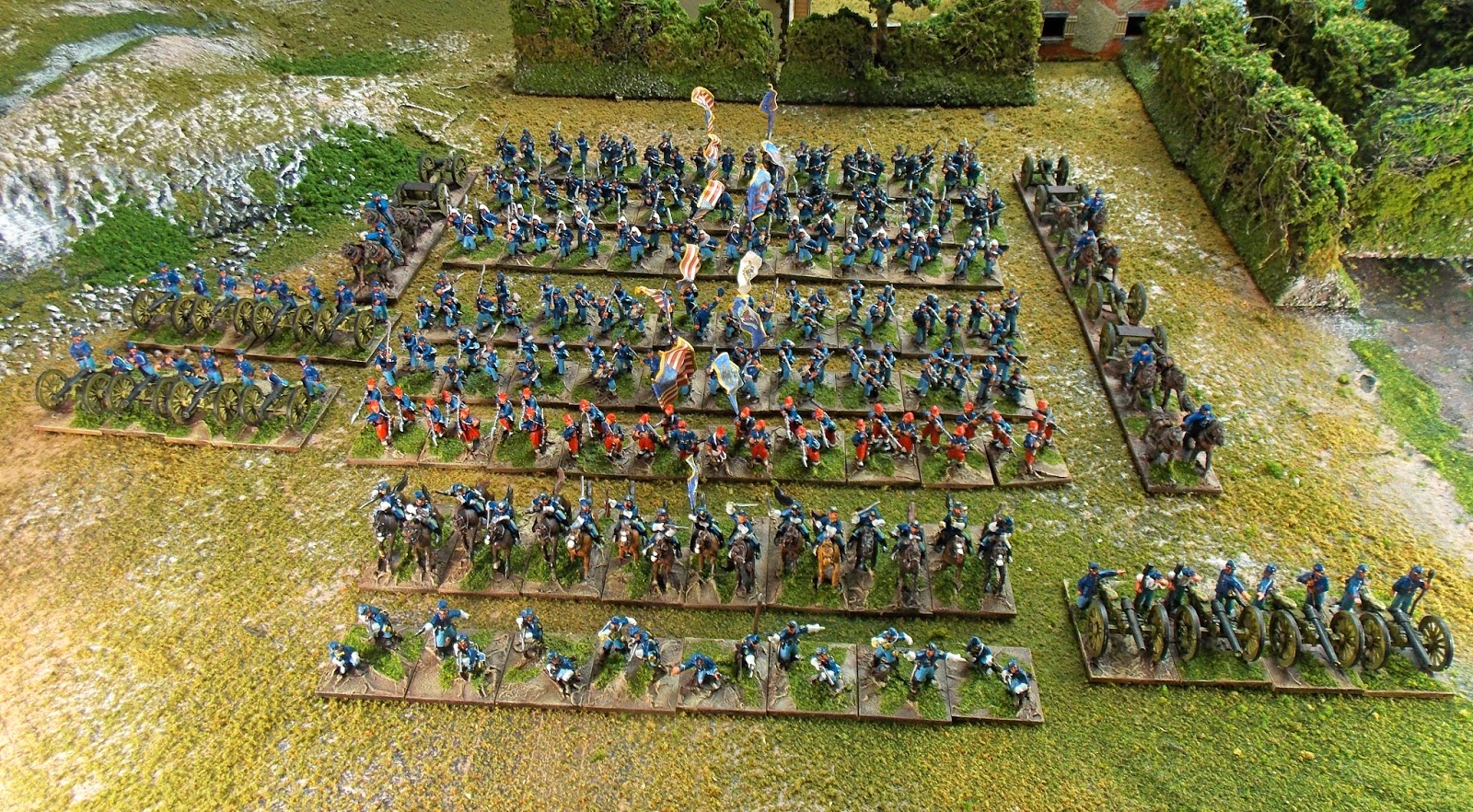 Army in a Box from Fernando

On February 21st, this year I emailed Fernando Painting Services in Sri Lanka to tell them that I was interested in getting some Blue Moon ACW miniatures painted. By February 24th, I had a quote not only for the painting but for the painting service to directly purchase the figures in the US and have them sent to Sri Lanka. The company actually paid for the figures themselves and then billed me. We ran into some problems as neither of the two credit card companies (one associated with a local bank and one associated a national bank) would approve any payments to Sr Lanka. I had to send a cheque by registered mail. Not withstanding this when the figures arrived in Sri Lanka on March 10, they started the paint job even though they had yet to receive the cheque for the figures (I had not even sent the cheque for the painting). On March 17th they received the first cheque, and by then the painting was well underway and I was receiving photographed samples. The only modification I had to make was to get the figures with havelars painted correctly (they were painted blue rather then white). On April 24th, I got notice that all my figures were done and fortunately the cheque for the painting arrived soon the next day. Once the figures were weighed for shipping, I still owed $30, but by then I realised that I could use a Canadian credit card to finish the purchase without difficulty (after living now in the US for 15 years, I have come to the conclusion that they have the worst and most antiquated banking system in the western world). Today, May 2, the figures arrived.

Absolutely amazing service, 402 figures done in 2 months on spec! So how was the job done, very well indeed. The box arrived well packaged which each group of figures in their own packaging, not one figure was damaged. I had planned to apply washes, as I had ordered the lowest standard at 70 cents each, I believe. They do not need washes. Well this is what they look like.


Well I have to give this company 10/10, just terrific job and terrific service. Highly recommended. Oh by the way, here is the OB of my ACW Union force.