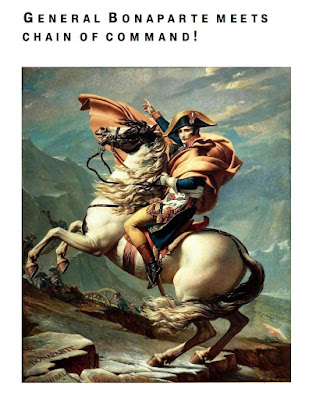 We have had two further playtests of General Bonaparte meets Chain of Command. I have discussed the rules in a previous post and a discussion of our first playtest is documented here.

You can see the Action Reports on the Fencing Frog blog here and here. Thanks to Adam for so carefully chronicling each game.  We used the same scenario for both games. Maida is really an excellent scenario for testing rulesets, two almost evenly matched sides with varied troop types. 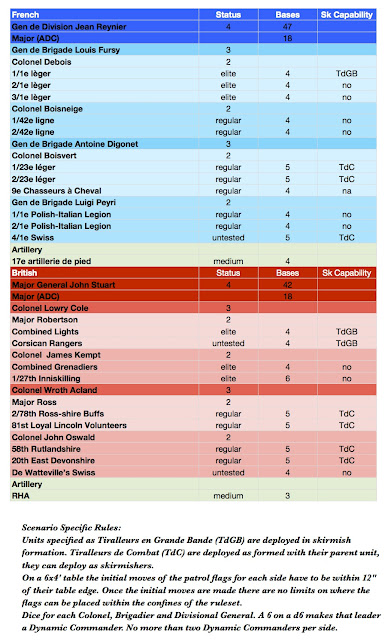 In our first game we had two veteran gamers Adam and Mike. Adam has played a lot of Dux Brit with me while Mike has been my pretty regular CoC opponent. In the second game, I finally got to play.

Many moons ago, I came up with a list that was important to me in respect to a Napoleonic ruleset.
Well it would be hard to say that GB-CoC does not fill all those criteria, so I am quite excited about the ruleset. I hope to entice my friends in Montreal into a game soon, and who knows Curt may show up there this fall. Both Adam and Mike have no reservation in playing the ruleset again. I will have to work a little harder to get the local gaming group interested, there are about 30 members in the group and a significant proportion play Napoleonics on a regular basis.
Posted by john de terre neuve at 16:34 0 comments 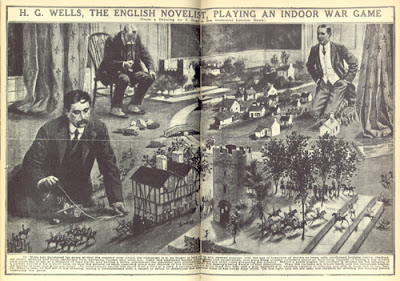 I am not one to post links from other's blogs but Adam at the Fencing Frog posted this excellent review  of the many wargame stores in the Metro Boston and Southern New Hampshire area.