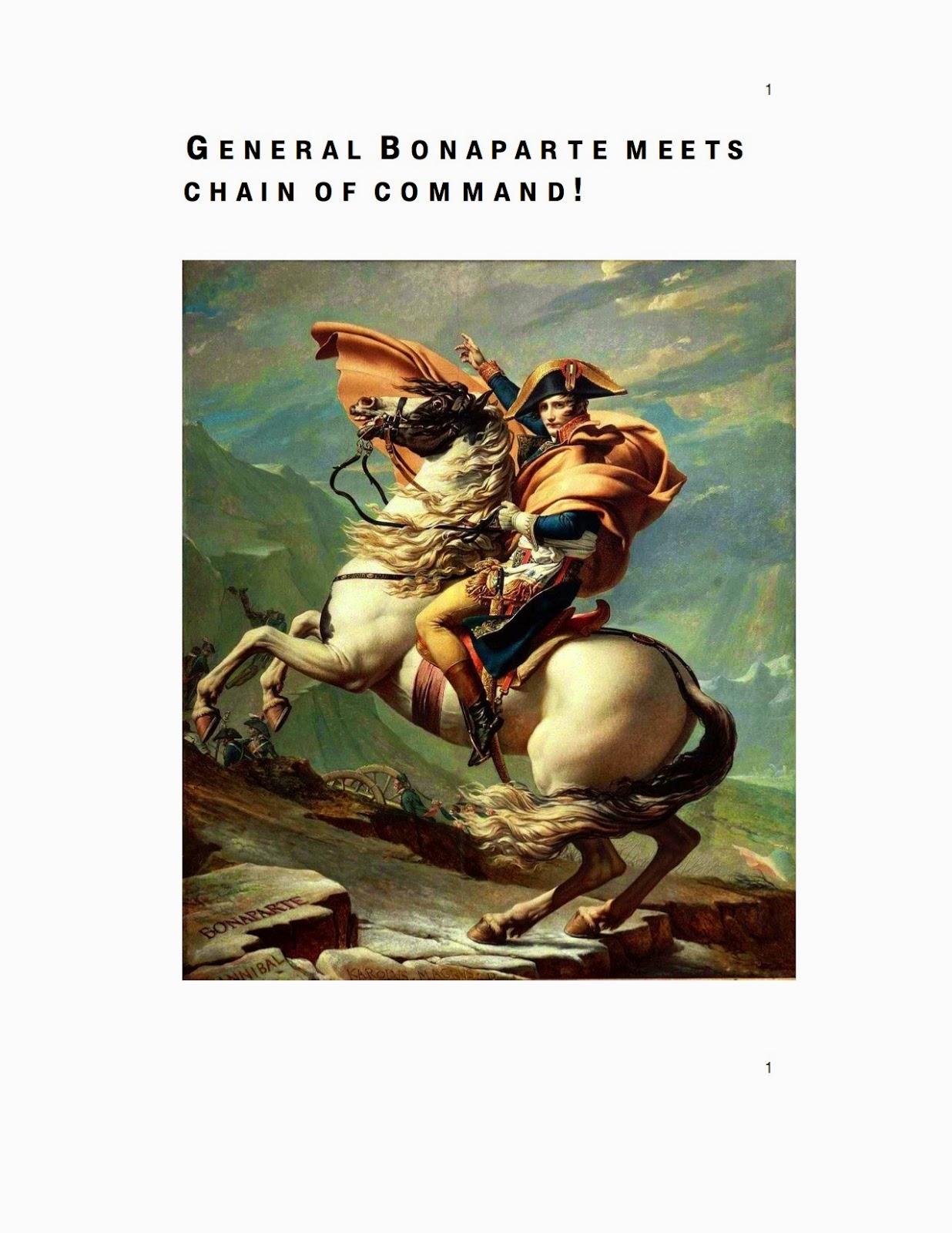 I have been looking forward to trying out the new Battalion level Napoleonic ruleset from the author of Le Feu Sacre from Too Fat Lardies for sometime. About a month ago I received a playtest version, and fortunately I found two willing players with considerable gaming experience to have a go with them. Dick and Ricky Bryant, a grandfather and grandson team,  from a gaming club south of Boston called the Kingston Irregulars came to the Hobby Bunker in Malden, MA yesterday for a gaming session. They are both Chain of Command players and both have a wide experience with Historical Wargaming.

So what is this new ruleset? Well I think it is much more Chain of Command then Le Feu Sacre. In general we can say the following:


I ran through the movement, firing and combat mechanisms before the game, but I was quite curious how the command mechanism would work. After some discussion on the Le Feu Sacre Yahoo Group, I decided to go with a fairly robust Order of Battle as below. 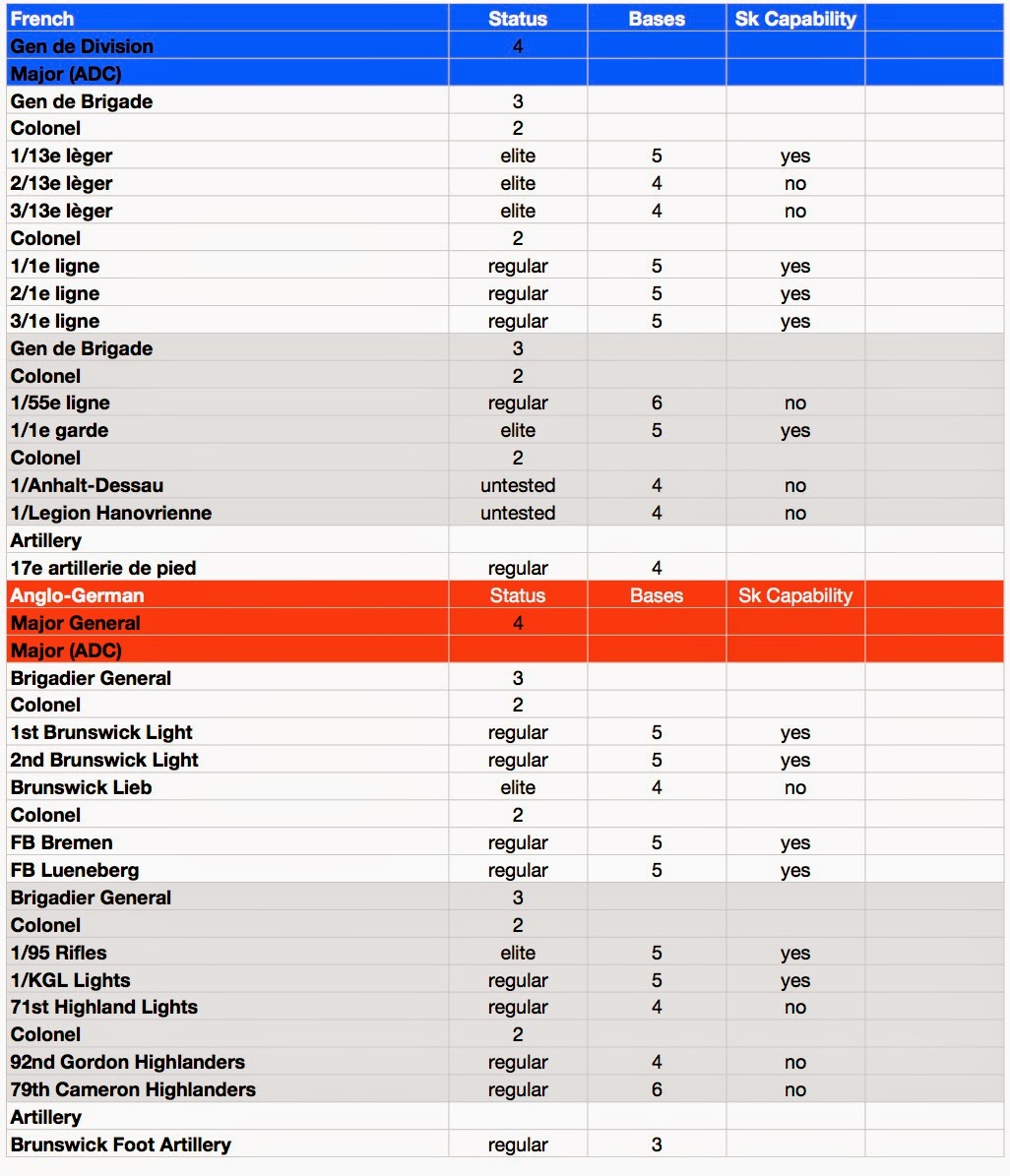 So on to some photos, you can also see more photos on Ricky Bryant's blog. I forgot to take a photo of the patrol phase which you can see on his blog. You can also read their thoughts about the ruleset on the blog.

Well, I have to say that I could not have picked two better players for my first play-test, they immediately picked up on the command function and appeared to have very little difficulty with movement as well as firing and combat.

Well what did I think. Well I want to mull on it a little longer and will add a separate post in a day or two. But my overall impression is extremely favourable!

Questions and comments can be seen here.
Posted by john de terre neuve at 14:41