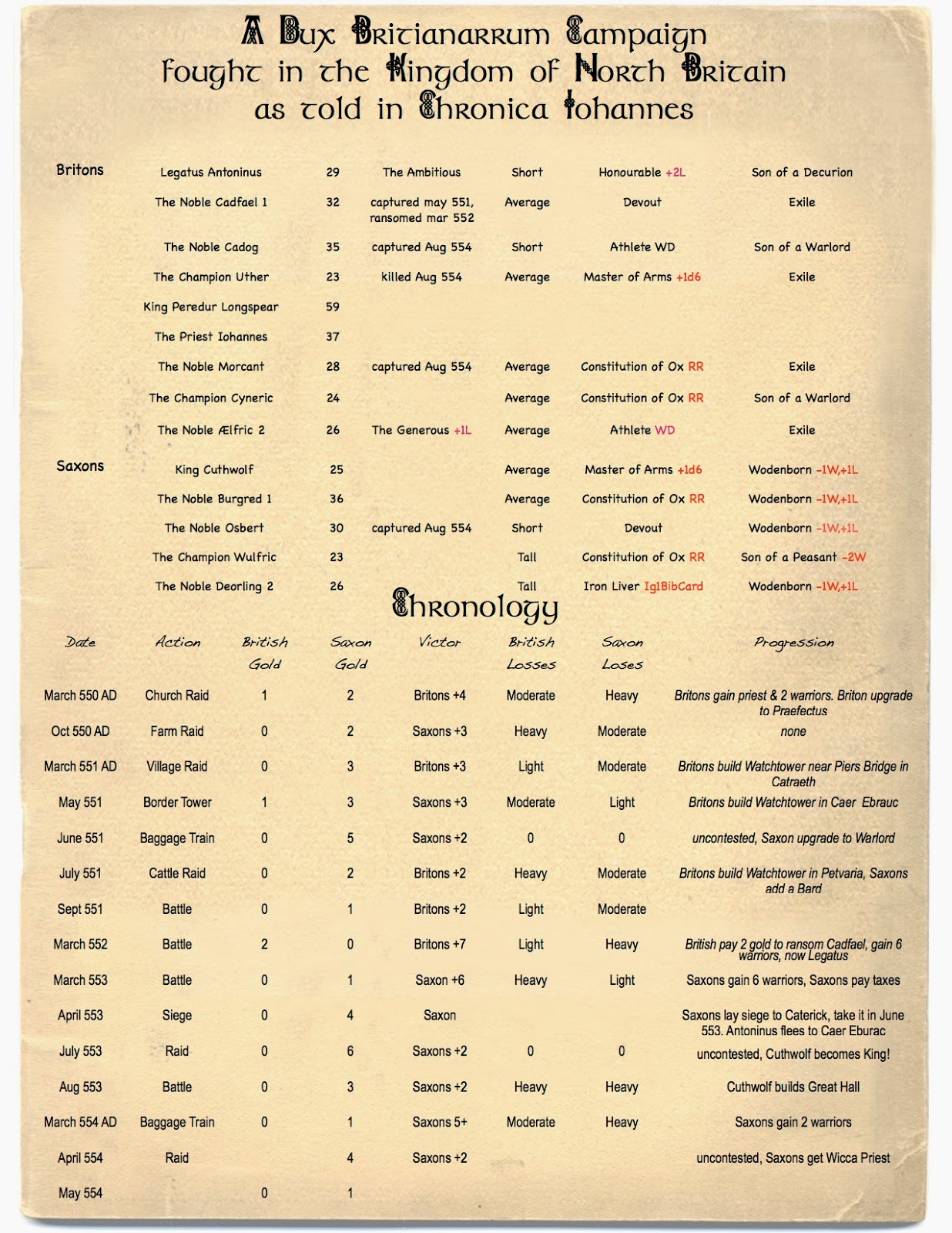 We had our tenth battle in our Dux campaign last Thursday and it now seems like ages since the Britons have won a game.

We decided to play a raid for a change, specifically the Baggage Train scenario. This is the first time we played this specific raid and it was quite fun. Essentially the Britons had to move a 3 wagon train across the length of terrain. The Saxons had their start on top of the train and it almost looked like the game was going to be over before it started. Fortunately I had some good cards in my Fate Hand at the start of the game and I was able to forestall a 3 unit attack on the train.

As usual there are photos and a full action report on the Fencing Frog blog. Things looked quite good after the initial blocking of the attack on the baggage train and I was able to move the train up the board. The Saxons however are quite fleet-footed and were able to grab one cart soon after.

My problem now was to try to withdraw my troops in good order while protecting the remaining two carts. I was able to do this with some success by sacrificing my Elites (what else is new). By now I had whittled down the Saxon forces while preserving my own. Each morale test was costing me though and soon I was down to a morale of 1. Another shuffle of the cards was made, and really it was down to which noble's card game up first. Cards turned...........Saxon noble, my warriors were taken in flank and the game was over on a morale loss. So although I had only lost 12 men and the Saxons 20, and had protected two of the 3 carts, I lost the game. With morale loss, your retreat cards do not count so a yet another lop-side victory for the Saxons of +5.