I recently received the figures for my Chain of Command Winter War Soviets. There are several choices in 20mm Soviets, but none really for early war. My research leads me to believe that the Soviets troops sent to Finland in 1939 had slightly different uniforms then those in mid and late war. I believe they had a different helmut and neither snow suits nor telogrieka uniforms had yet been issued. Really I had not much choice except for troops in overcoats. I had a long look and really the nicest figures were TQD Castings Kursk Soviets.

When they arrived a couple of weeks ago, I was quite pleased with my choice. Wrong helmets  but other wise good to go.They really are nice figures. Chain of Command lists the Winter War soviets has having 4 fifteen man squads in each platoon. To break things up, I decided to go with one squad of NKVD. Multiple sources indicate that several regiments of NKVD border police fought in Finland, but I really could not resist the blue and red cap of the NKVD internal police. Not really in winter attire but so it goes.

Soviet squads in CoC have a JL, 12 riflemen and a 2 man LMG team. There was no LMG's modeled in the TQD NKVD figures so I decided to make a slight adjustment. I substituted the LMG with 4 SMG armed men as well as an SMG armed JL. This makes them slightly overpowered at close in fighting but underpowered at longer ranges. However, according to the CoCulator both squads work out to being 25 points. I liked the idea of the NKVD being sent in has close combat troops.

As you can see these are very nice figures, it would have been nice to have more poses but that is a very minor criticism. Mark at CP Models was great with which to deal, and I can highly recommend this company and these troops. 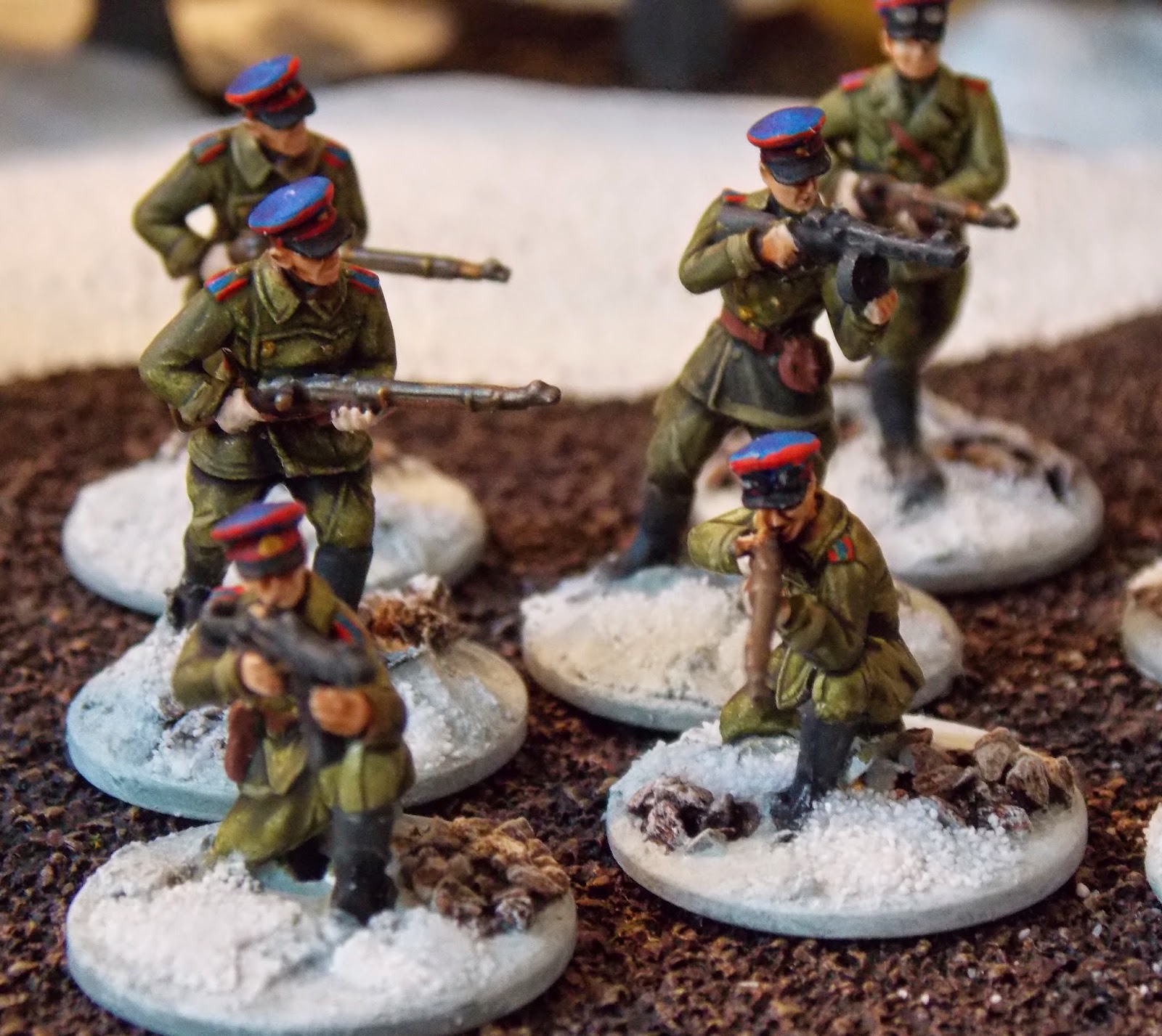 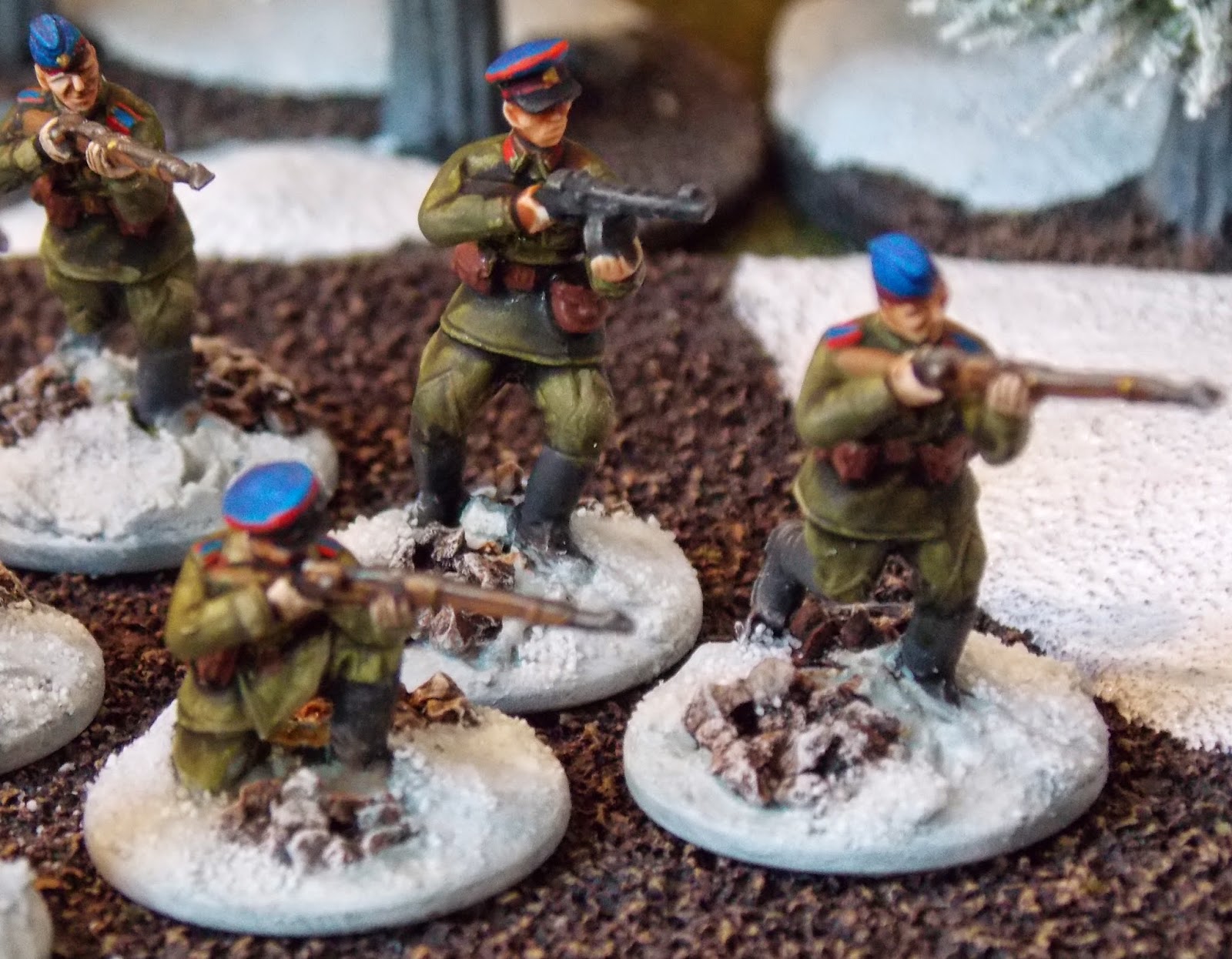 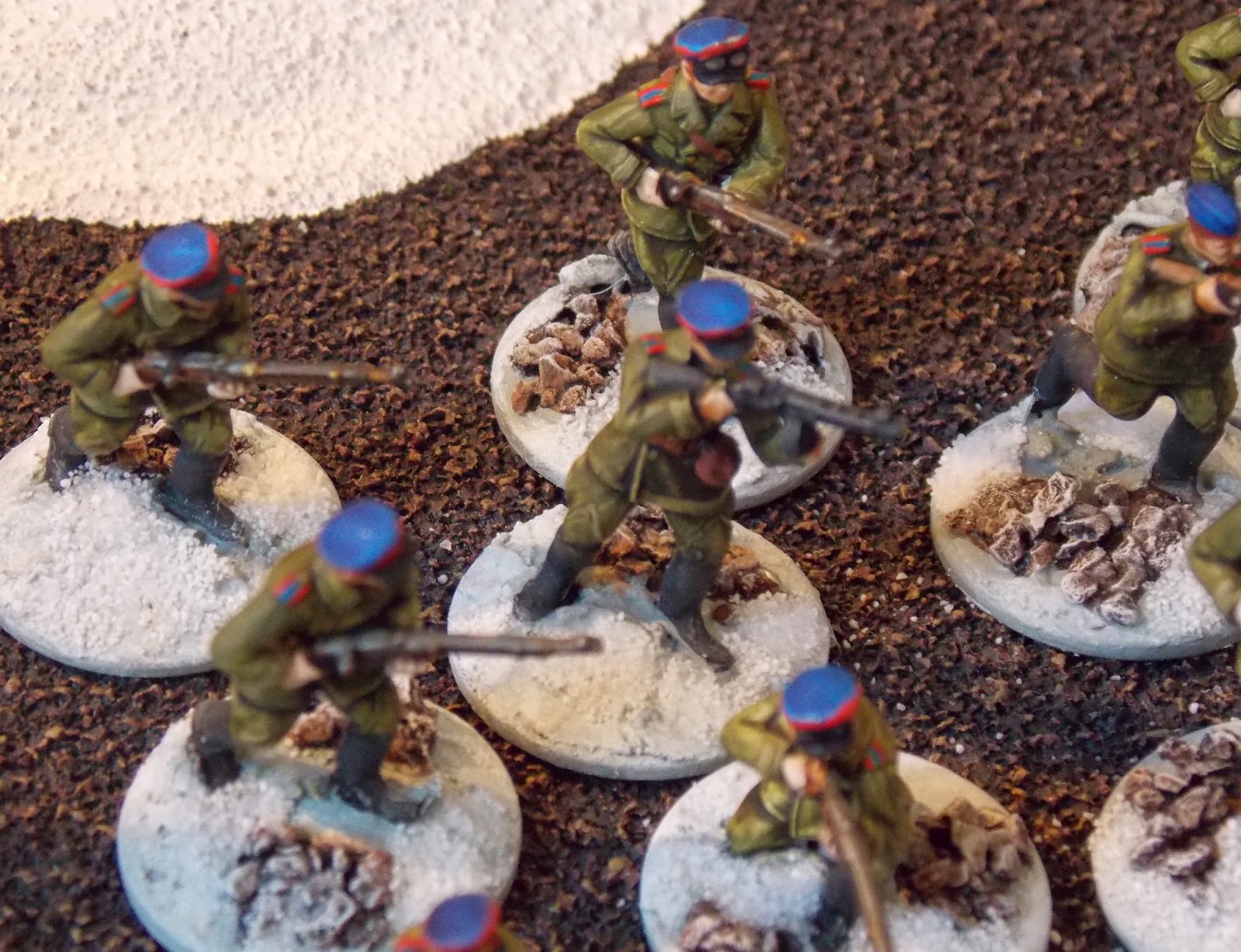 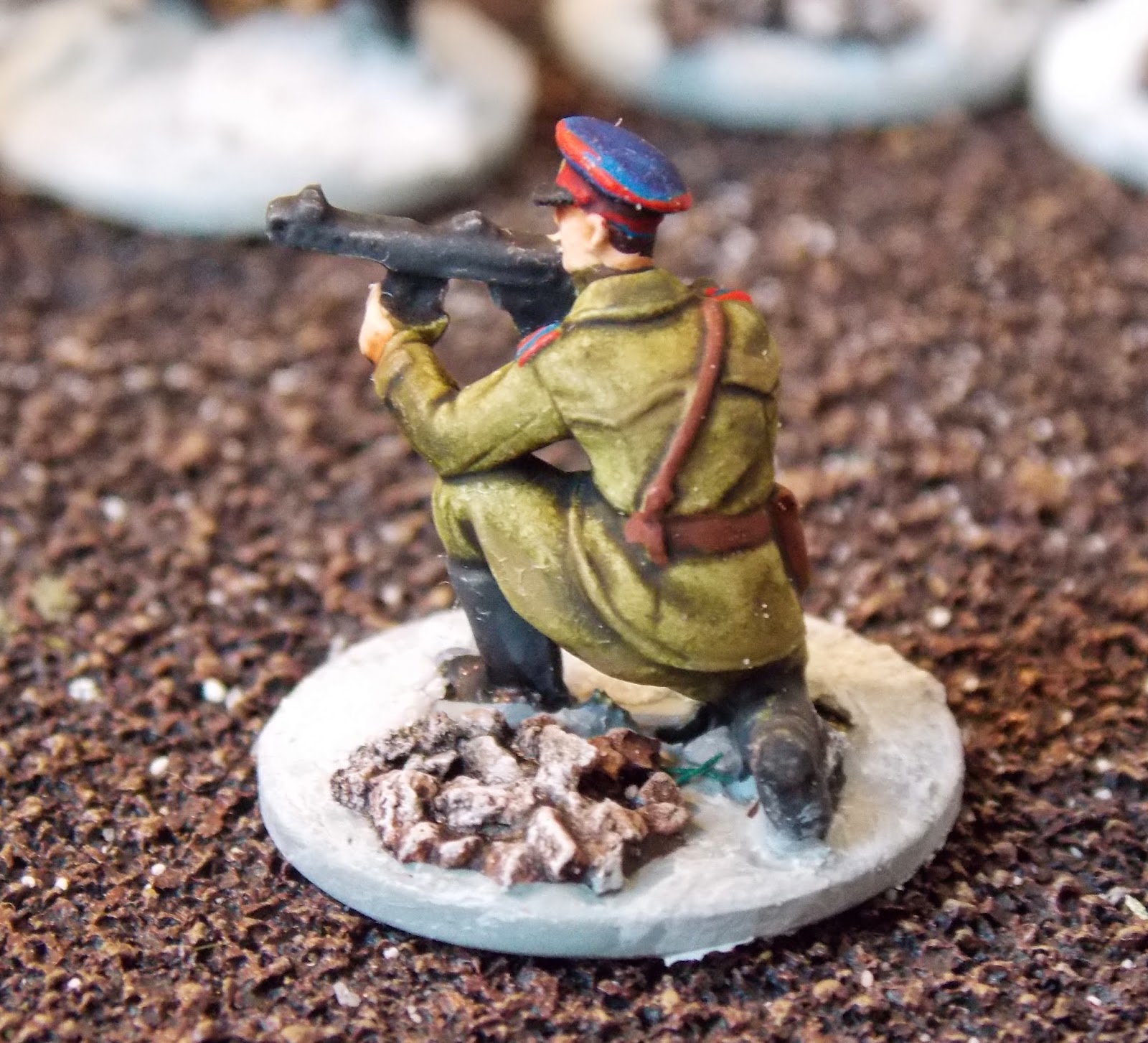 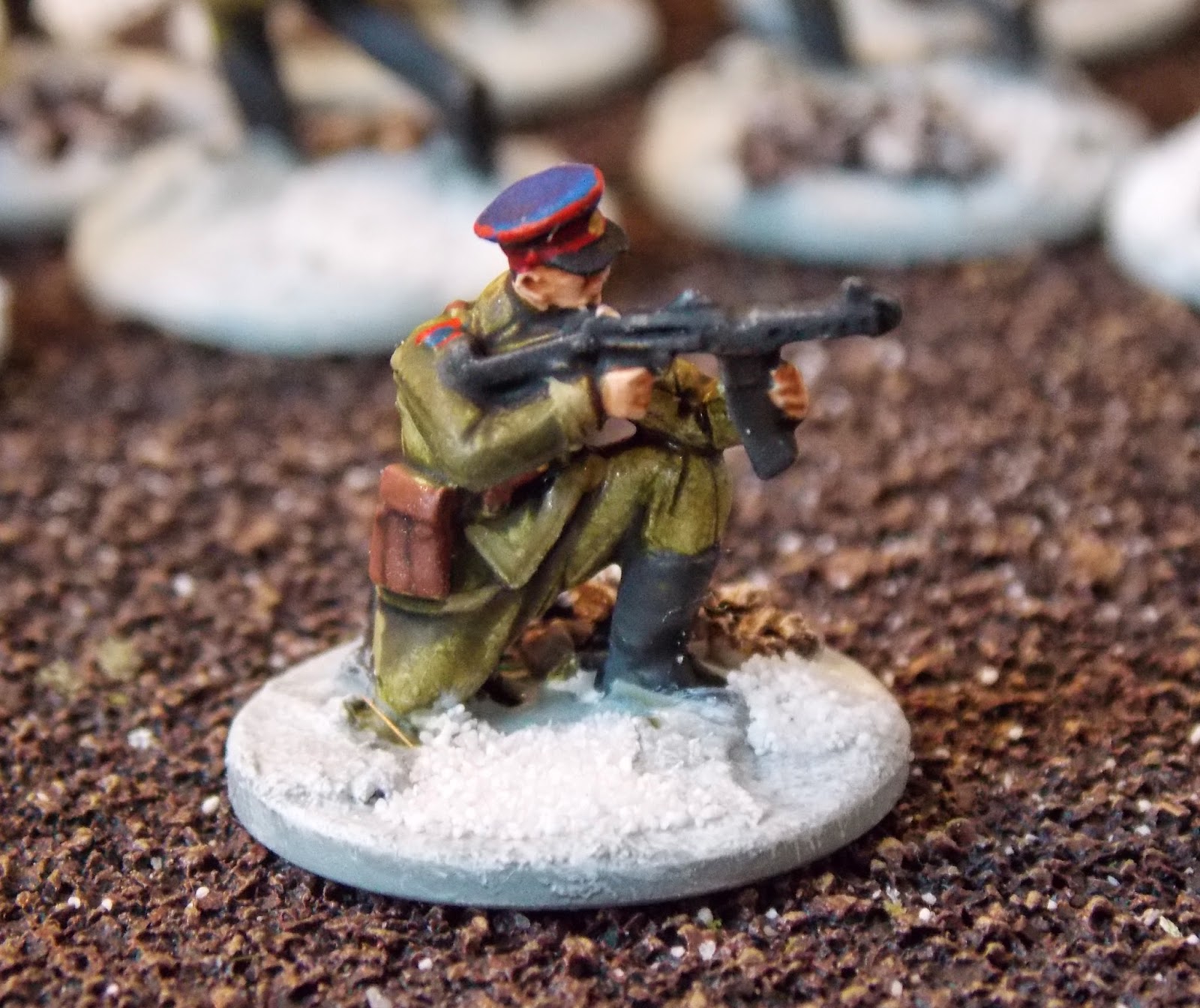 I have only a few soviet vehicles left to winterize they should be up soon. 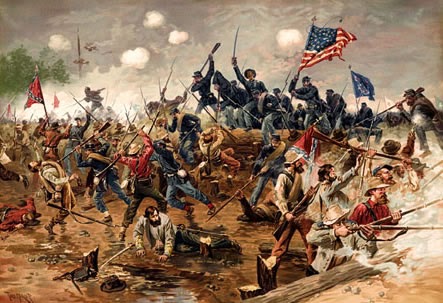 Almost a month since my last post, and gaming activity almost down to zero. I have been finishing up some Soviet vehicles, but otherwise on the painting front........zero. The Drive on Minsk-1941 Chain of Command campaign at the Hobby Bunker has trickled down to zero, I do not think I have had a game since January, but maybe it was even before Xmas. It is always a challenge for me to game on a regular basis as as I work shifts and every second weekend but unfortunately the other players involved appear also to have had multiple distractions. Hoping for a game in early July. I have had my June, 1944 Operation Tonga campaign for the same group ready to go since April!

Then there is the tragedy of Iannick's knee. He had elective surgery on it in February and he is still not up. He has been my regular opponent and excellent gaming friend since the start of my interest in the hobby, we usually have a game every 6-8 weeks alas now none since last year. Life is just not the same without lugging figures and terrain to Montreal. Hopefully though a game in early August.

Finally there has been my Longstreet Campaign with Adam. Now is Adam is a gamer, from his blog I get a sense he gets in at least two games a week. So meeting and getting to game with him on a regular basis has been great. That has been a little slow as well unfortunately but hopefully our next game will be next week. We did get to play the last Thursday in May, and I finally gained a significant victory. We replayed the Walled Farm Scenario.

Adam won the toss and elected to be the defender. I placed almost all my terrain choices in the middle in front of the farm. I have become quite apprehensive of Adam's superiority in artillery, and wanted to advance under cover. You can see the AR on Adam's blog. He was a little unlucky with the dice, but I think I played a pretty good game defeating him just after one deck.

The post game process is quite interesting in Longstreet and it all went well without too much attrition until the Campaign Card draw. I pulled 3 artillery cards which were of little value to me, aside from being able to upgrade to another heavy artillery battery. The Name in the Papers did allow me to pull ahead in Epic Points, but I have always found this card a little unfair. I was hoping to get the Coloured Troops card, my only route to Eager troops or at least a See the Elephant card, but nada. I did however finally get promoted up to a Major General, I think Adam must be the equivalent of a Marshall of France by now! 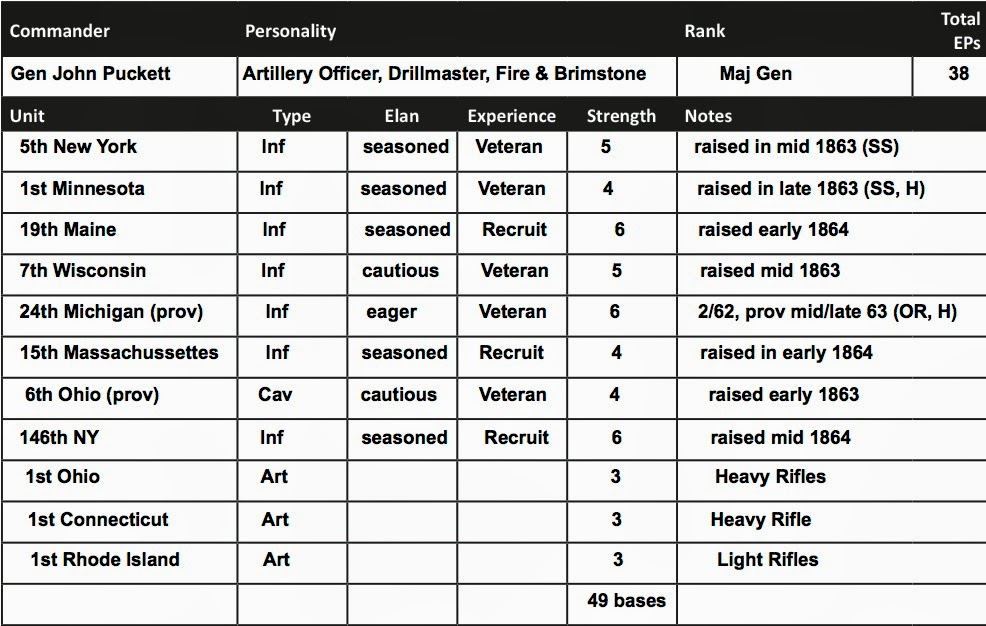 You can see Adam's post game process here. He still has a force with which to be reckoned as you can see.

Other things:
Posted by john de terre neuve at 14:32 2 comments