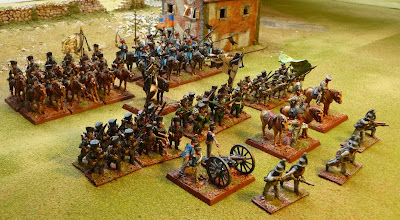 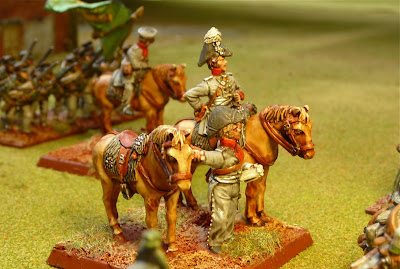 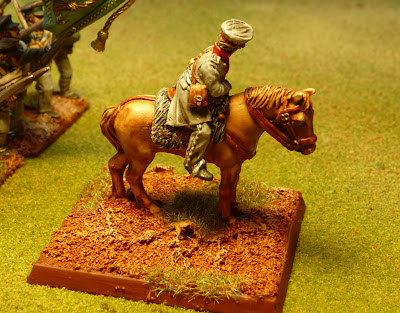 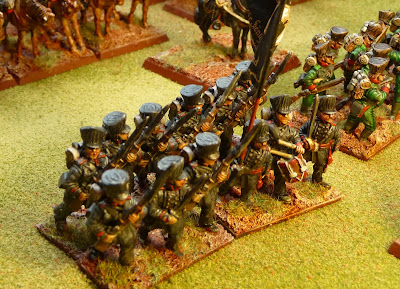 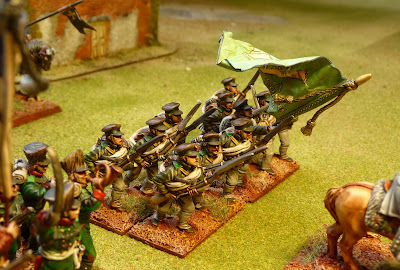 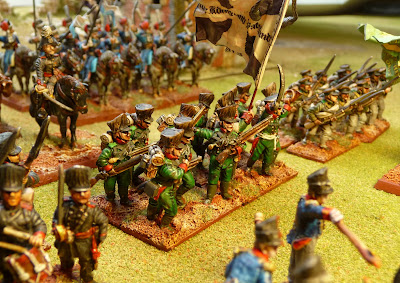 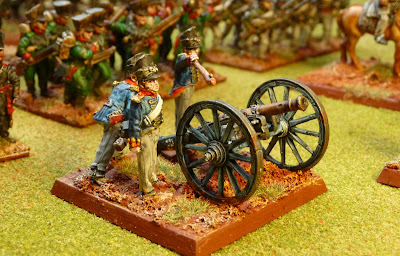 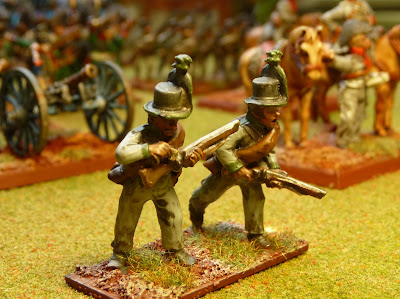 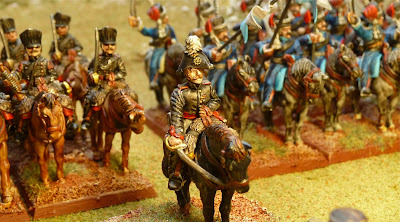 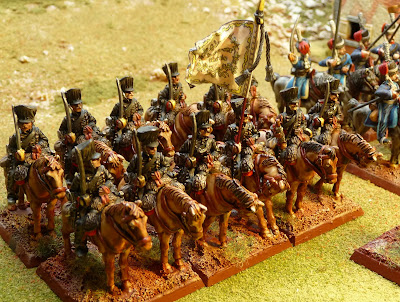 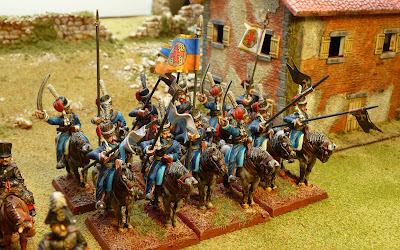 I am not sure if I would do that again!!

I am sure that I have spent at least 15 hours assembling and prepping this box of Victrix French Infantry. I used every figure in the box, plus 6 extra figures from the Perry French. I got five 12 figure battalions and 8 skirmishing voltiguers. There is still prep work to do on 2 of the sticks and I notice I am missing a left arm on one of the voltiguers. They still need their knapsacks attached (I will do that after the figures are painted) and the swords for the elites are still not glued. And although they are nice figures and relatively easy to paint, I am not sure if they are worth the work. I could have had 2 battalions of Calpe or Front Rank painted in the time it will taken me to just prep these figures. Maybe I am just slow.

Latest Units off the Painting Table

Russian Cossacks from Front Rank for my Wallmoden's Korps. Aside from the piping and the horse leather, the figures were done with GW washes over a white primer. The headgear were done with just a black wash, but the distinct difference in the chords and the colpack was done varying both the number of coats and the dilution of the wash. 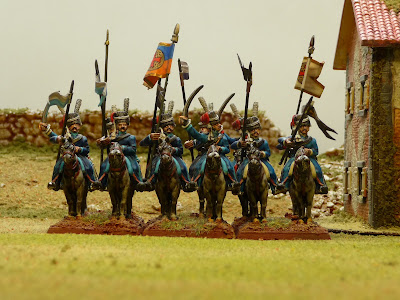 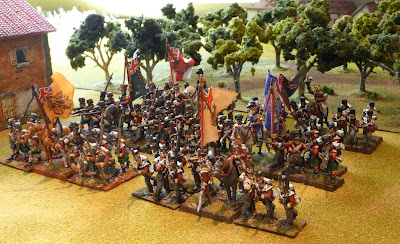 The new Hanoverian range from Perry. 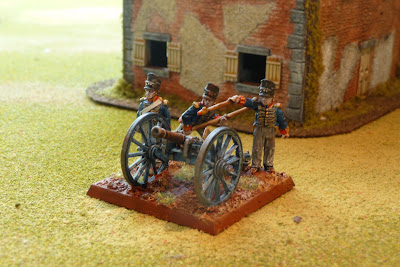 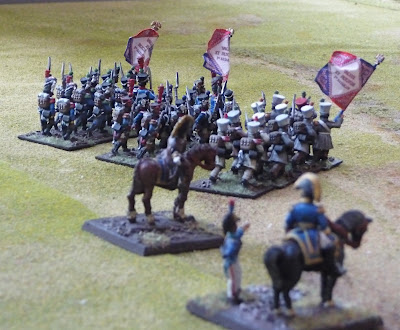 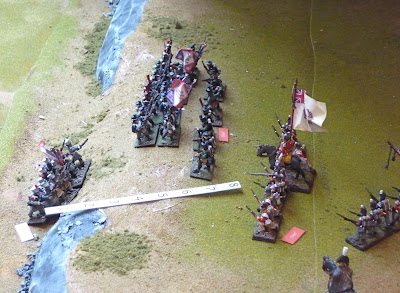 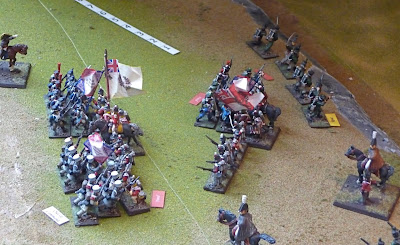 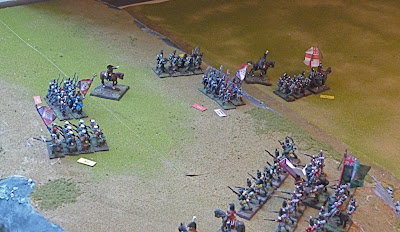 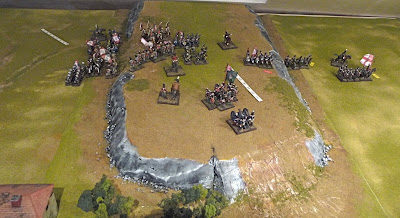 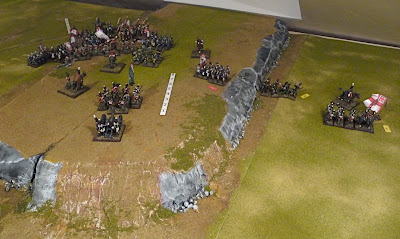 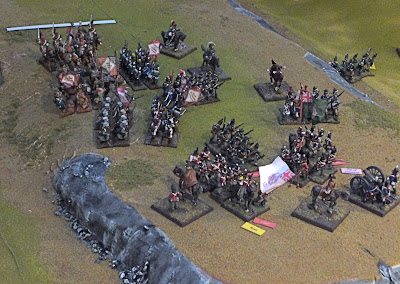 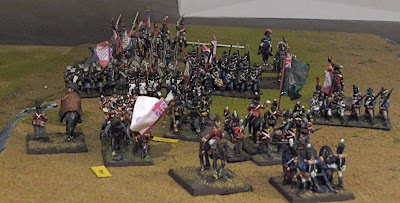 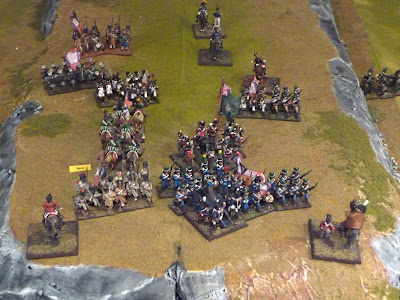 Game Over
Well the French certainly trounced the English in this scenario. The British had lost all their AMP by the first turn and by the end of turn 3 the French had 5 extra AMP. What happened, well maybe I favoured the French a little in this scenario; I have a tendency to favour the underdog. At the same time the random generator had given the French a average card deck and the British a poor card deck. The die also seemed to favour the French. The turn ended before the British were completely turned off the hill, but it was very close to happening.
I still do not really have the rules down. I missed that on the lull card, the opposite side get a chance to turn a card. I am also still struggling a bit with close in movement, but a re-read of the rule book (thankfully very short) cleared a lot of things up.
Posted by john de terre neuve at 15:51 0 comments