Perry French 1815 Infantry Figures
These figures I decided to paint as a line regiment from Anhalt-Dessau, as they were uniformed in 1813 as part of Wallmoden's Corps. They are based for Le Feu Sacre, so it is a small unit of 12. I had to take some liberties here, as they would have worn the pre 1812 french uniform, which of course had a different shako and coat. I mostly used heads with covered shakos to in an attempt to ameliorate the inaccuracies of the figure. It was nice to paint pink and green uniforms. My references are from the NY Digital Library and the Histofig sites.
These figures were easy to assemble. It was also easy to get many figures in a march pose from a single box. The figures though are a little harder to paint and I was less happy with the end result then with the Victrix figures.
Both flags are from the Flag Dude. 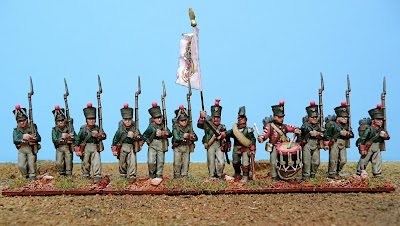 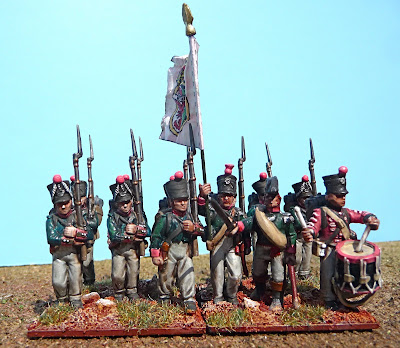 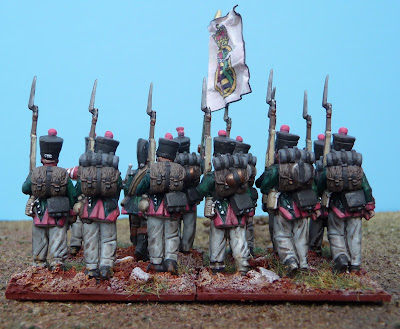 Victrix British Waterloo Infantry Figures
I thought these figures would be nice as Hanoverian Line Infantry. I found these figures difficult to assemble and their poses were not that useful in constructing massed infantry units in comparison to the Perry French. I had difficulty getting 12 figures in this pose from 1 box.

They are of course painted as the Line Battalion von Benningsen. It was fun painting their shakos white. I like how these came out better then the Perry's, they are easier to paint as their sculpting is a little sharper. My painting skills are improving, but I still have a long way to go.

My reference was from The Napoleon Series. I also used the relevant Osprey book. I know, I know the flag is wrong, this is the one for the Hoya regiment 1815, and these figures are painted for Wallmoden's corps in 1813. 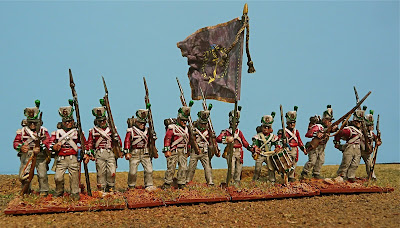 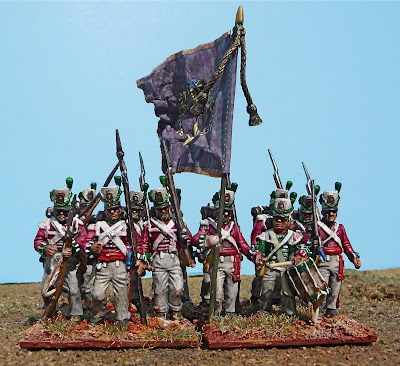 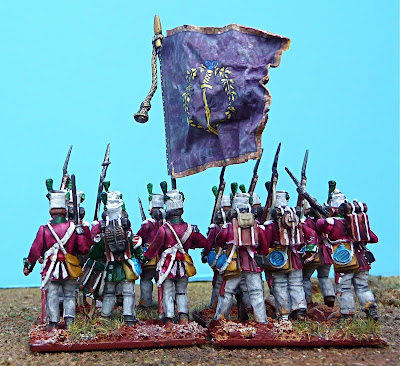