I finally have finished the reorganization of my French army. I just could not resist the lure of the big battalions any longer. As previously discussed, I had decided to go with 6 figure bases, it did take a bit of work and some thought but I am quite happy with the result.

Reorganizing also makes one consider the direction to take in further figure acquisition and painting projects. After a lot of thought, I have decided to abandon strict adherence to Orders of Battle to build forces, and go with something that is more wargaming friendly. I have found Lasalle's Army Builder, the best thought out and the most user friendly resource available. I have compared multiple OB's for many armies and find that it is quite easy to graft an historical OB's on to the Army Builder and come up with quite a coherent and historical result.

I was actually surprised how much of the French Army List, I had completed for Peninsular theatre. As you can see from the following, I easily crossed off multiple options; including the Core Attack Division as well as 3 of the 4 Organic Infantry Brigades and am on the way for a brigade from Reserve Infantry Division. 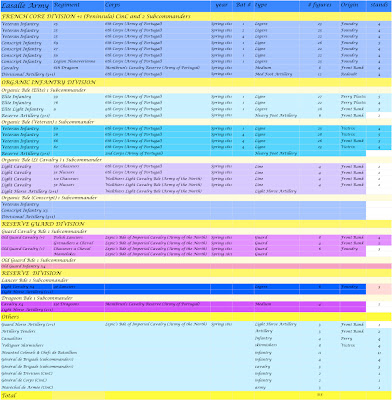 If the final column is the same colour as the list, than it is completed. You should note that I am planning to use some 5 base infantry units in Lasalle games, only a minor modification of the rules is required. Part of the Reserve Guard Division for the Empire and Hundred Days theatre is done as well. I plan to work on building up my cavalry and artillery units first, but I do have a box of Victrix Old Guard Infantry burning a hole on the shelf so I may be tempted.

Anyway here are a few snaps; no new units I am afraid, but the big units do look nice. And should, of course mention, that these units are based for both Field of Battle and Republic to Empire wargaming rulesets. 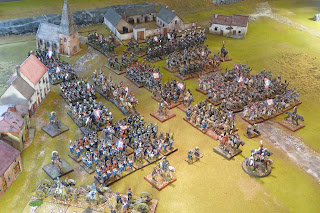 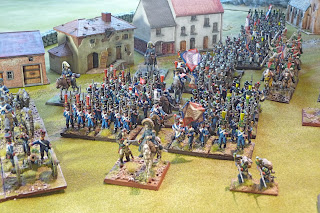 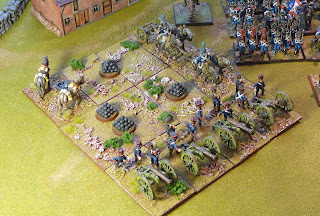 The 6e Dragoons, cavalry support for the Core Infantry Division. 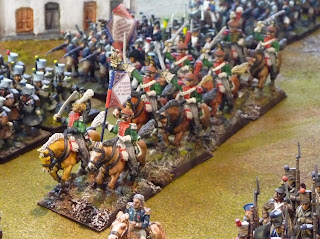 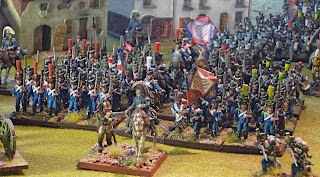 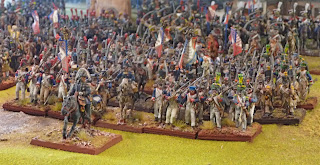 The Elite Organic Brigade, Perry and Front Rank figures painted about 2 years ago. 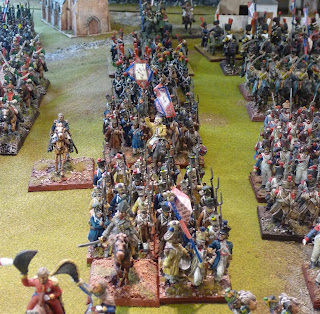 The beginnings of the Light Cavalry Organic Brigade in the foreground and the almost completed Reserve Guard Cavalry in the background. 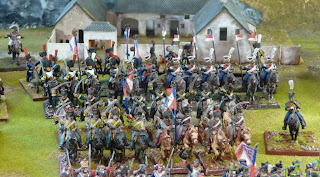 Something to go on with

It has a month since my last post, so I feel I should put something on the blog to keep interest up. I was away with my wife on a great cycling trip in the south of France for 2 weeks. The soldiers were left on their own under the command of Général Tiff during that period of time; a few flags knocked off, a couple of bayonets bent and a lot of black fur on the terrain, all in all not too bad!
I have also been terraining away with the great adjustment to unit size as documented in the last post, almost done thankfully.
I have got in a bit of painting though since I got back and although I do not like to put unfinished units on my blog, there was not much else to report so I said why not. About a month ago I bought a box of the Perry Dragoons, and since every one has been going on about the Perry hard plastic cavalry, I thought I would have a look. Before I knew it they were glued together and primed so I said why not. Very easy assembly, nice figures for sure. Alas one sprue was missing from the box (the command/standard bearer one), but I decided to push on. Fortunately a very kind fellow gamer heard of my plight and will send me the missing sprue.
They have been painted in the usual fashion with a white primer, thin stains, followed by a dose of Army Painter and a bit of Dullcote to take the shine off.
It was a bright sunny day here in the suburbs of Boston, so I went outside and tried a bit of photography. The usual bad results I am afraid, I just could not get the wretched camera to auto focus and this time the snaps were overexposed. Just can not get these digital cameras to work.
A few photos are ok though so I thought I would put them up, so here are the 15e Dragoons, well some of them anyway....... 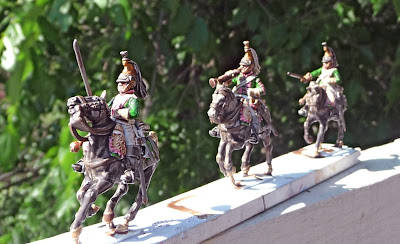 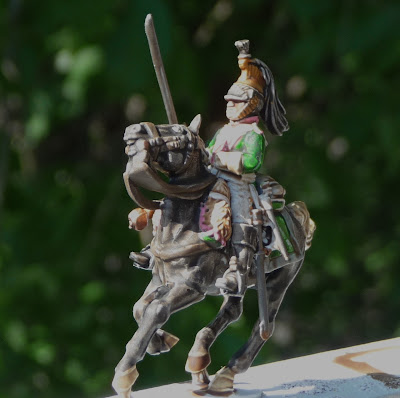 I took a sword arm and converted it to a standard bearer, I will change it out when I get the missing sprue. 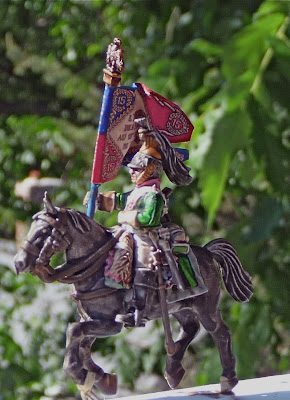 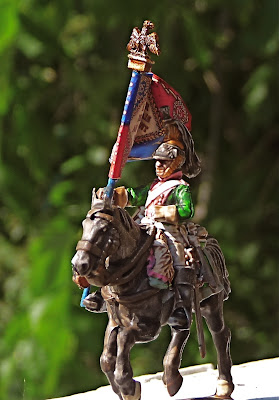