Moria Goblins and they have a Cave Troll!!

This is the first post in a planned series to exhibit my son Simon's LotR collection. I would think that he probably painted these figures half way through his 3 year figure painting stint. I have taken the figures and have redone the bases in an attempt to unify the figures. I have also obtained some War of the Ring movement trays and have terrained them in order to more carefully display the figures. As you can see we have 3 missing slots. I am really having to control myself in not ordering any figures in order to fill these trays. Gamesworkshop figures are not only incredibly expensive approaching $5 each in some cases even for the grunts, but I really do not want to take on any extra painting tasks. This is quite difficult for me as I am a completist and seeing those empty slots will probably drive me crazy. Additionally, I am much more likely to play the LotR SBG rather than the WoR ruleset in the future, so  no need for complete trays....keep saying that to yourself. 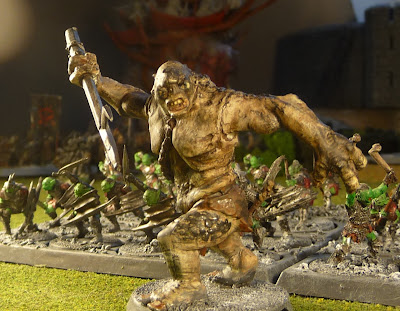 I believe Simon was quite proud of his Cave Troll, he was just starting to learn to use washes. 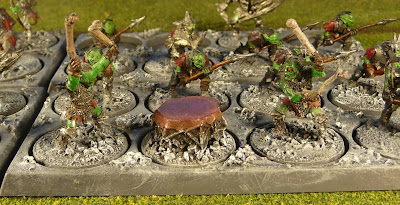 He also really liked the job he did on the Goblin drummers, especially the drum itself. I went with an underground rock motif for the bases and trays. 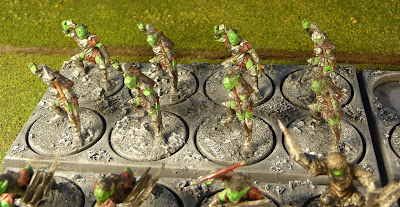 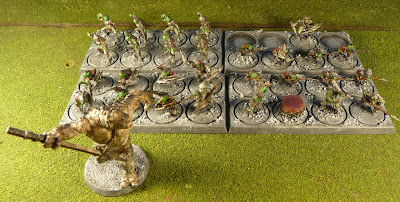 Yes those empty slots are going to drive me crazy!