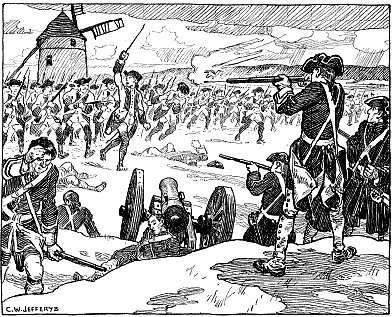 Last night, I finally got a game in with my friend Luis in Montreal. It was almost 2 years since I had seen Luis, and that meeting had the distinction of being the last in-person game I had before the start of the pandemic. We had planned to play at L'abyss but we found out at the last minute they close early some nights, so we played at Luis's apartment. I can easily say we were surrounded by a lot of wargaming paraphernalia. On the table next to us was a beautiful table for a battle set in central America with some Aztec warriors. As you can see below, the table set up for the Battle of Sainte-Foy was no slouch. Since we were playing a skirmish game, Luis had selected a small part of the battle along the chemin Sainte-Foy.
French Forces
Infantry Officer
2 units of French Infantry
Grandier Infantry
Milice Officer
2 units of Milice Canadien
British Forces
Infantry Officer
British Infantry
Highland Infantry
Ranger Officer
2 units of Rangers
The French were allowed to occupy the stone windmill and the British were allowed to occupy the house just east of the windmill. Luis (who of course played the French) did choose to put a unit of infantry in the stone mill, I elected to remain outside the house just to the east in cover. We then alternately deployed each of our units within 12 paces of our table edge. You might not notice it as the figures are so well painted that these are actually 15mm Blue Moon figures, really very nice. Because these were not 28mm figures, Luis has invented this notional unit of paces (around 19mm) and rather then use inches we substituted paces. Luis has made some great measuring sticks which made this all very easy!
Victory Conditions
To occupy both buildings

So I believe we both had a great deal of fun and it was great to see Luis again. I am sure we will meet up again soon.
Posted by john de terre neuve at 10:38