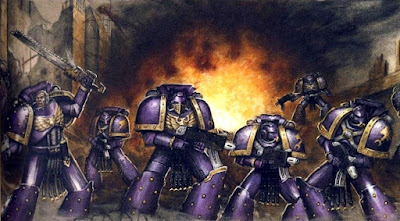 Almost 4 years ago I decided to paint up a 6mm army for Epic Horus Heresy. My friend Iannick in Montreal had been working on a Epic army for some time and I remember looking at his army one day and thinking it would be sort of fun to paint up an army. I knew nothing about 40K wargaming and I have to say I had not a whole lot of interest in non-historical wargaming, but I decided to plunge in A Flight into Fantasy.
We both finally had build up armies: Iannick with the Emperors Children, a traitor faction in the Horus Heresy and myself with the Blood Angels, a loyalist faction about 2 years ago and planned to have our first game using the Epic NetAE rules on 2020-22-3. Of course as we all know that was about a week before the border between the US and Canada closed in Covid Year 1. Six months ago, the border reopened to casual travel so was finally able to re-establish myself in my native country.
Yesterday we finally got our first game in, I should note that neither of us had played the ruleset before (there numerous different variations) but the game actually played well. We both went with 2000 point armies and decided not to play with any aerial units. I do not have a copy of Iannick's OB but mine was exactly the same as I planned to use almost 2 years ago. 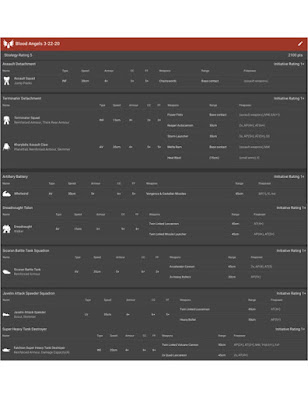 I have to admit, no tactical considerations were made in putting together this army, I was just interested in putting some models on the table. I had made some terrain and had an old dessert mat so I transported this to Ahuntsic in a single shopping bag and we had a game. 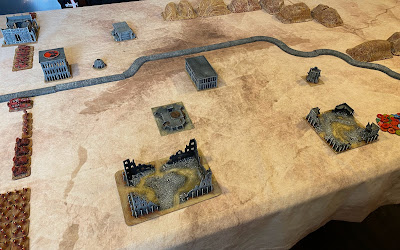 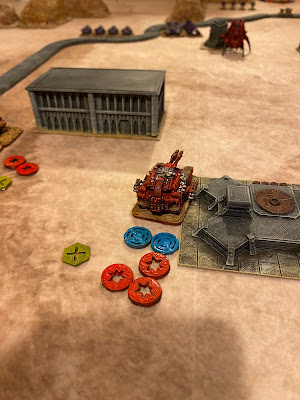 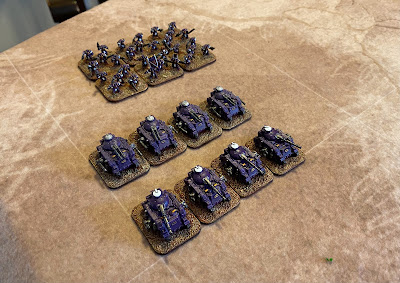 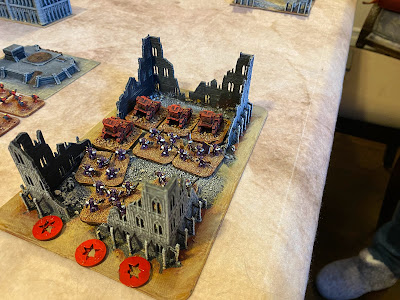 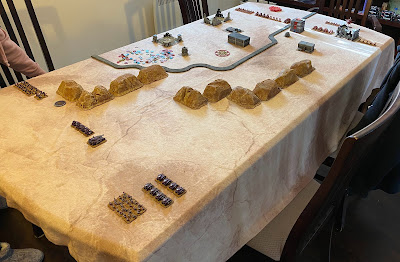 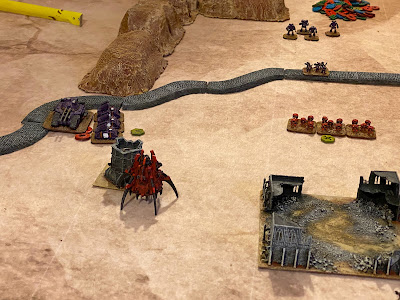 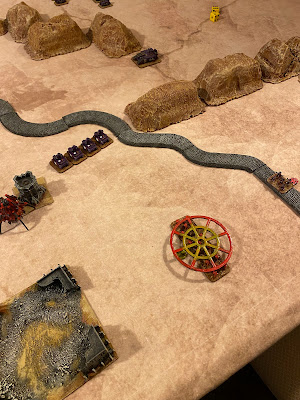 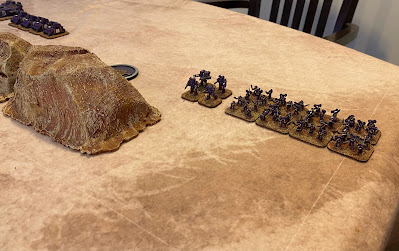 We played for about 3 hours and the Blood Angels were soundly defeated by the Emperor's Children, but I have to say I think I only rolled 1's every time I tried to rally a unit. It was a lot of fun, and I will look forward to my next game.
Posted by john de terre neuve at 06:24