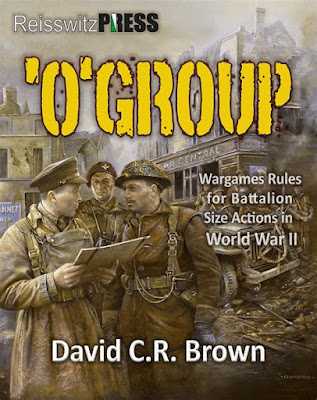 After several months delay, mostly because I hate painting 6mm infantry figures, I have completed pretty solid Early War German and Soviet forces to play Eastern Front games using Dave Brown's "O" Group rules for battalion wargaming in WWII.
We played a couple of test games virtually using plastic bases in March and April of this year when the rules first came out. I was not sure about going with 6mm troops but I really felt my 20mm WWII were out of scale for this game. I have a lot of AFV's in 6mm which were left over from my Rommel project so I thought why not. I am also having a lot of storage and transport issues and I really needed to decrease my wargaming footprint in our house (interestingly enough, all my 6mm stuff as well as some 28mm skirmish gaming figures and terrain for the FIW, Napoleonic's and SAGA will be taking a trip to Montreal to establish permanent residence in my apartment there).
I also decided to play the game in centimetres rather than inches so I have put together quite a bit of terrain for this project. In retrospect, I might of gone with 10mm or 12 mm figures but now I am done, I believe I probably made the correct choice. But I have to say I got no pleasure out of painting these 6mm infantry. Now have to think whether I am going to add a Early War Western European force due to the release of the new source book for this theatre. 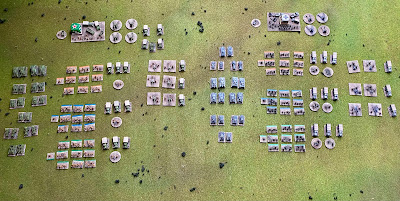 Does not look like much but it took quite a bit of work and organization. I am playing on a 100x60cm mat, which I suspect will be fine. The Soviet vehicles are all resin 3D printed as are some of the German vehicles but most are metal from various manufacturers. The infantry and the guns are all from Heroics and Ros, the guns are OK but the figures themselves were not that great with a lot of flash, MicroArmor are much better. The bases are all metal and variably sized, but the infantry bases are 20x14mm. I had planned to go with a 1:1 scale but the infantry base had to fit with my plan to game in centimetres, so each squad (base) is around 1:2 scale with 4-5 figures per base. 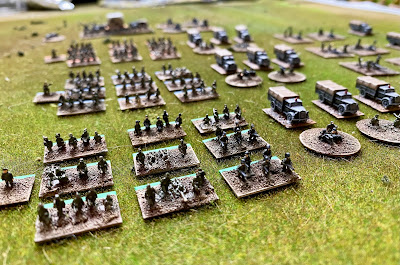 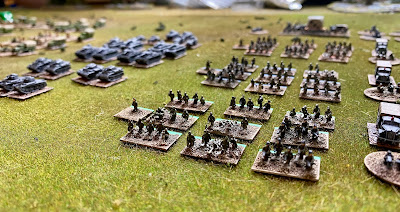 German OB
HQ Base
FO Base
4 Artillery Supports
3 Company Commanders-A,B,C
Company A-9 bases
Company B-9 bases
Company C-9 bases
3x MMG sections
2x Panzerschrek sections
60mm Mortar section
2x Pak36 ATG section
2x IG18 sections
2x Pak38 ATG sections
12x Opel trucks
PzIV B platoon
PzIV F platoon
2x PzIII platoons
2x  PzII platoons
Pz38 platoon
Sdkfz 222 platoon
Sdkfz 232 platoon
Sdkfz 234 platoon
I appreciate some of the weapons listed above were not available in the EW Eastern Front.
For transport, I use a Chessex troop box which can easily carry 2 complete battalions with all the extras with lots of space to spare. Each army his adhered to a magnetic sheet. I suspect that I might be actually able to fit a 3rd layer in the box.......will it be French or Dutch! 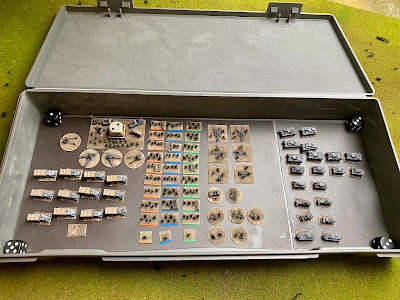 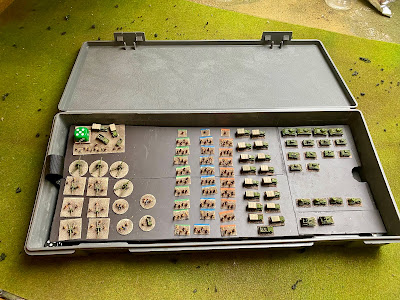 It is funny to think that this blog started off documenting my progress painting 28mm Napoleonic figures and now it is almost completely devoted to Action Reports but I do have several nearly finished painting projects on the painting table which I hope to photograph before the end of the year.
Posted by john de terre neuve at 13:44