I have had this stand finished for a few days now, I did some touch up on the base this morning and took some photos. And there we have it. I am really happy to get it done as I had lost interest in the whole project pretty soon in to it. It is lucky I am a completist (someone called me this in the comments on one of my posts), as it never would have got done.

This project told me that gaming is more important to me then figure painting. This is not to say that I do not like painting, I love it. But I enjoy it because I want to see my armies grow. I still have not figured out what I will do with this stand from a gaming perspective.

Although my posts have been few recently, it has been non stop. I just finished my British army reorganisation and will finish the bases on a new unit that I have just completed to add to this army today. Should be able to post some photos tomorrow. Also getting ready for a big gaming weekend in Montreal. I am going up Friday, SAGA on Saturday and a Peninsular War game on Sunday. All very exciting.

Anyway here we have Baron Larrey, Surgeon General of Napoleon's Imperial Guard at Waterloo. Here we see him behind the lines directing an ambulance. The ambulance has made it's way along a dried stream. Behind Larrey is a medic tending to a wounded grenadier. 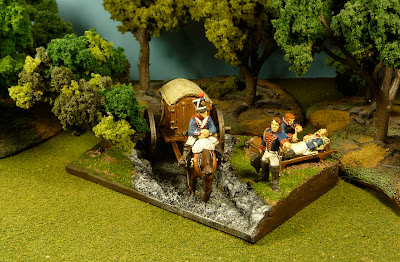 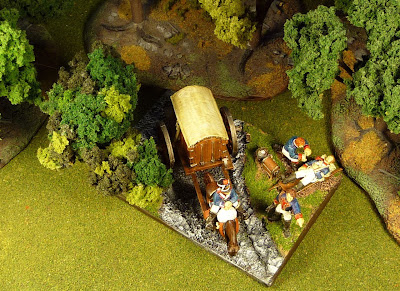 I took some liberties with the ambulance driver as has been previous pointed out in respect to his shako, but I like it so we will keep it as is. 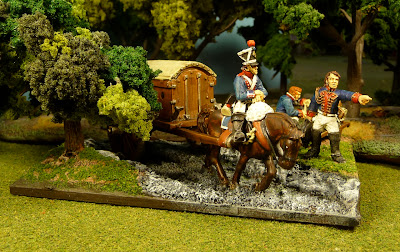 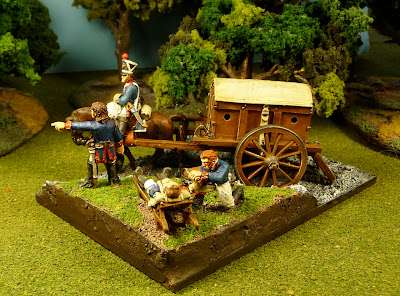 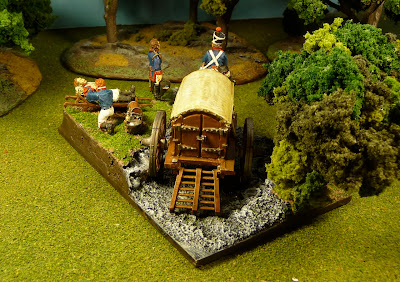 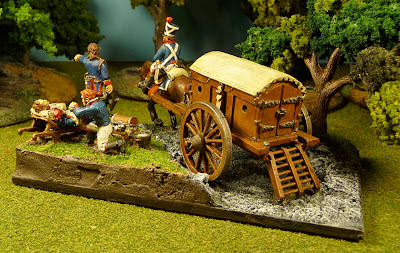