About a month ago, Curt at Analogue Hobbies made a comment to me something along the lines that it would be impressive to see our assembled Napoleonic armies. This made me think: I have never placed all my figures on the table, and I was not even sure how many figures I had painted. I was not even sure when I started.


I had look through Quicken, and found that I started to buy the occasional figure around 2003. I initially bought some 1/72 plastics from Michigan Toy Company; I suppose that is what I knew as I still had six boxes of Airfix Napoleonics from 1974, my second year in university. I then heard from somewhere that there were metal figures out there (internet wargaming at the time was in it's infancy), so I thought a good match would be some Minifigs, they were not! I did go ahead and paint several battalions in a very rudimentary fashion. I was still unsatisfied, however, as at the same time my son was painting up some GW Lord of the Rings figures and they were light years ahead of the Minifigs. I then heard of Foundry and ordered a few figures from them and also from Front Rank. Initially I thought I could fit them in with my Minifigs, well it was clear that was not going to happen. So on January 15, 2007 a review of my financial records show that I made my first major purchase from both Foundry and Front Rank of French and British Napoleonics. Somewhere in between I sold all the Minifigs and the 1/72 plastics, I had assembled. So just five years ago, I got stuck in with the 28 mm Napoleonics.

So in between all the contests, I thought I would lay out what I had done and try to do up a tally. You can have a look at the roll call to the left and see what I have done. I found it really quite difficult to get good photos of all but what follows is an attempt. In the five years, I also have built a 12'x5' foot terrain table, constructed multiple terrain tiles and painted several buildings and other terrain pieces. All is laid out below except for my 15mm Hovels Hougoumont complex that can be seen elsewhere. 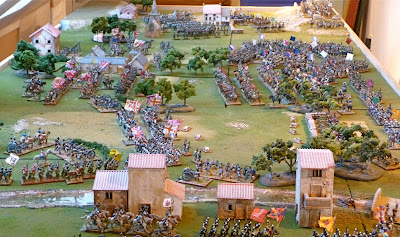 The French in the foreground

A French column of march 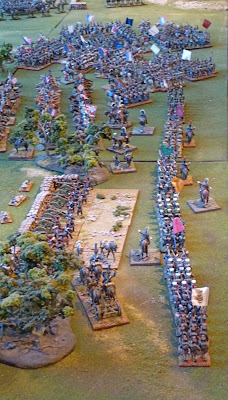 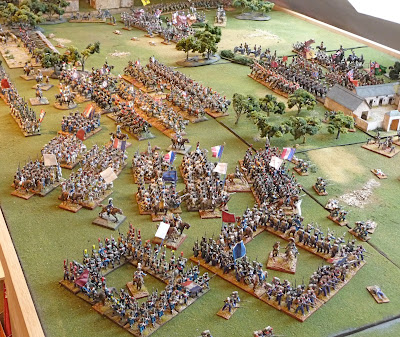 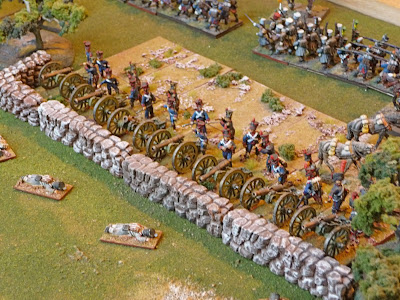 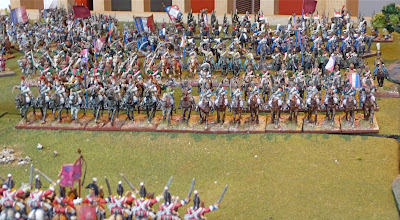 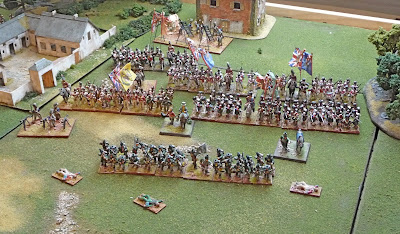 A second British Division with Nosey in the foreground 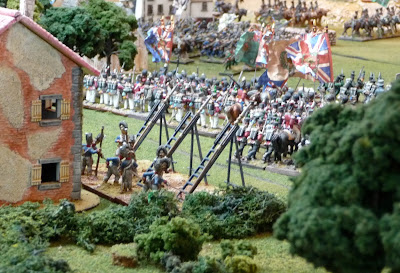 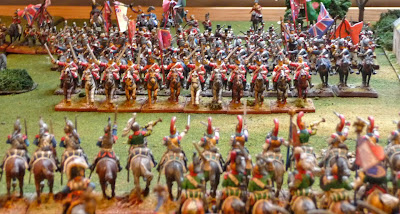 Some Allied reinforcements, my next focus once I get the Prussians done. 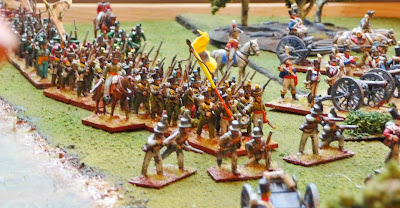 The Prussians are coming 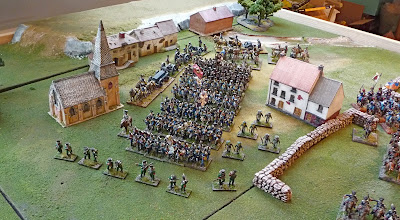 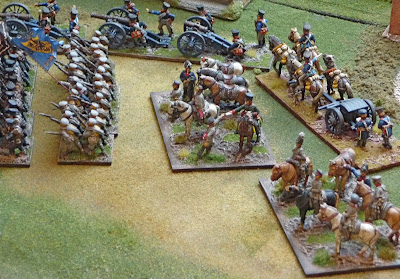 Some of my favourites 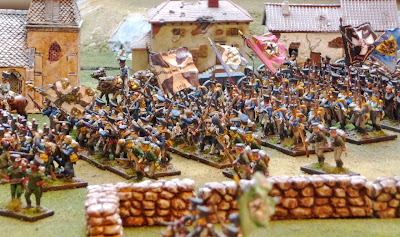 Let's not forget the Portuguese. The guerillas are from Redoubt, some of the worse figures I have bought, but they do have some charm, they were painted about 5 years ago. 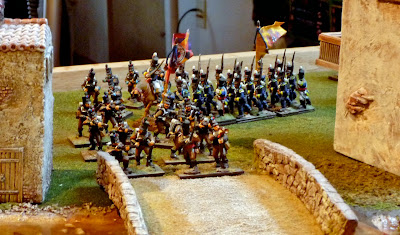 Some Austrians, I am not yet sure where they fit in as I am focused on the Peninsula and les cent jours periods. They were very nice to paint though, I believe I will paint up a full brigade eventually. Have two more infantry battalions, some Landwehr, one more cavalry unit and one more gun to paint up. 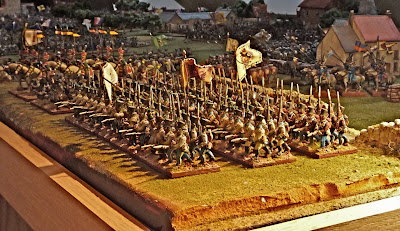 Front Rank do beautiful Austrians, these are the first figures on which I had applied Army Painter dip. Changed the technique and the pigment, but great stuff 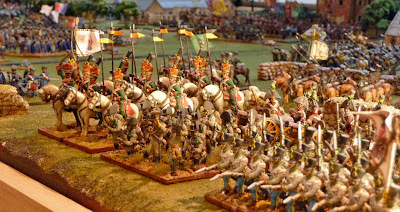 This unit was probably painted 5 years ago. Pretty rough! 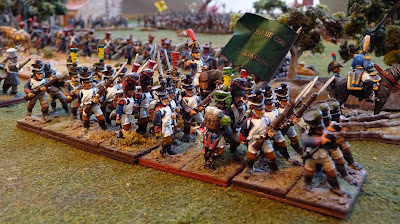 This unit was finished within the last week, one can learn! 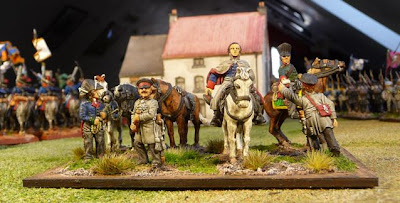 Anyway it was nice to look back, lots still to do but I have learned a few things:


Well I have to say that I really enjoy this hobby, and I want to thank all who have a look at my blog.