Slowly but surely whittling down the Calpe Prussian metal pile. Next up we have two artillery batteries from the IV Corps at Waterloo. I am getting completely confused now by all the rulesets I have been using, but I think I will probably add a cannon to each battery in the future. I have been primarily playing Black Powder and the one peculiarity about the ruleset is that it requires only one stand to make a battery, which I quite dislike. ( does anyone play Black Powder with 4 stand artillery, does it change the game?) Lasalle and most rule sets, I believe, have one stand representing two guns. I like this so for most nations this is 4 stands to an unit aside from Britain and it some it's allies where there would be 3. I do not have nor plan to have Russians, but I believe they would be an exception. Generally most nations had a fixed ratio of howitzers to cannon, I usually like to put one howitzer to each battery. I also plan to have a caisson or limber for each battery. It would be way to expensive to have one for each gun, and one will suffice to represent a limbered battery. 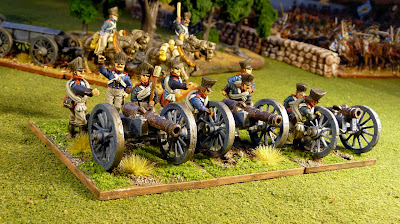 Here we have two 12 pound cannon and a 10 pound howitzer. 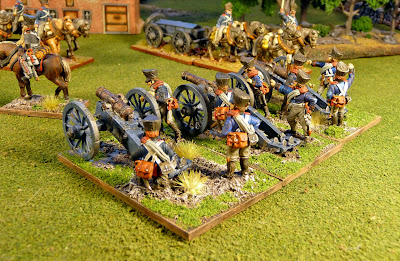 I had some problems with blistering on the cannon tubes. I use a brown ink directly on the unprimed tubes. May have to rethink this as the AP or the dullcote appears to react with it. 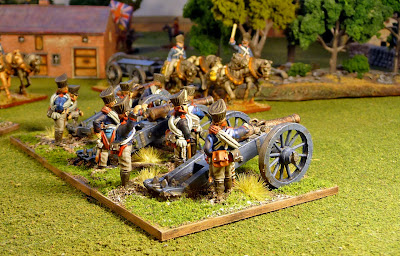 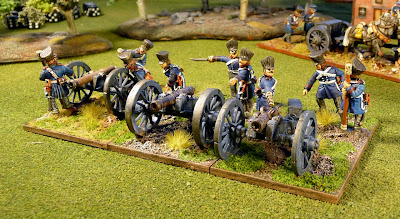 Two 6 pound cannon and a 7 pound howitzer. I use GW Fenris Grey for the wood on Prussian Artillery pieces. 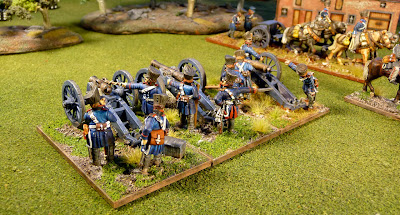 One cannon was done some time ago as well as the limbers and caissons in the background. 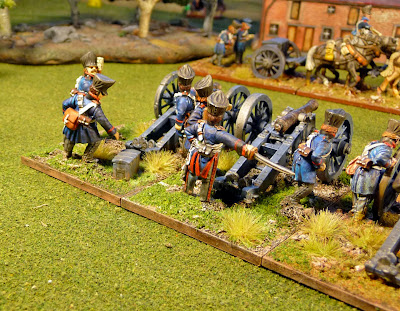 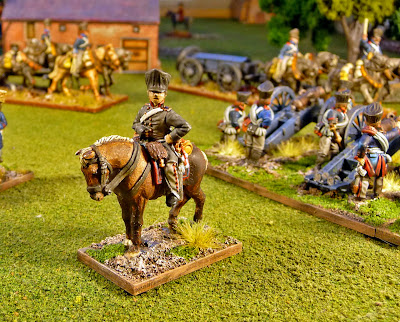 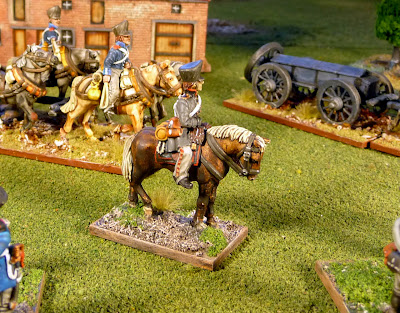 The saddle cloth pattern is also distinctive to the Prussian Artillery. 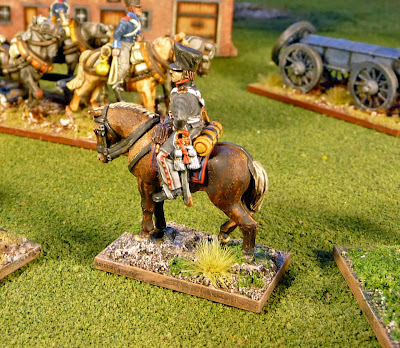 I plan to add a medium Foot Battery as well as a Horse Artillery limber to my Prussian Army and I believe that will be it.