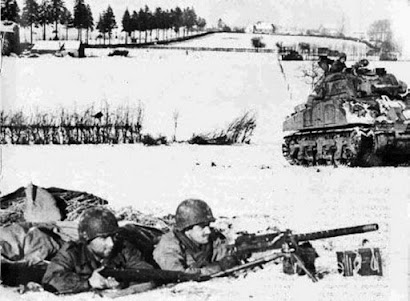 We were able to connect yesterday to play another game in our Bloody Bucket campaign.You will remember from our last game that the Germans had taken Table 1 and had decided to Blitzkrieg Table 2, this was their second attempt to take the table. This time they came down the road rather than from the south as they had done from Assembly B at the beginning of turn 2.
As it was I still had a choice between the Probe scenario or the Attack and Defend scenario. I went for the Attack and Defend but for some reason I played the Patrol Phase, as if I was playing the Probe. I am not sure why I did this but it was the first of several bad moves in the game.
Sturm Platoon #1
CD 5 Green FM10
1 SL
3 man rifle grenadier team
1 Sturm Squad w/JL
1 LMG Squad w/JL
JL
Supports
MMG Team
SL
Engineer Team
Sniper
PGB
American Rifle Platoon
CD 5 Regular FM 10
2 SL's w/ Bazooka Team
3 Rifle Squads w/JL
Supports
Extra BAR
2x Entrenchments
0.3 MMG team
3x Barbed Wire
Sniper 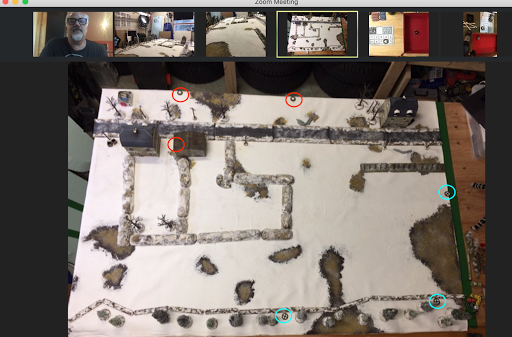 Well as you can see I have an excellent set up JOP's (green), that is if I was playing the Probe. I am half way down the long axis already and all I would have to do is push one team off the western edge to win. For Attack and Defend it was sort of hopeless as to get any cover I had to use my JOP on the eastern edge, cut the barb wire and run to the entrenchment or get into the house. Since I was approaching from the road, I could of easily placed my Patrol Markers in such a way that I would of started in the house and at least one of the entrenchments! Must be losing my mind.
Anyway, not much use to dwell on it, I popped my Sturm Squad west of my central southern JOP, and then foolishly dropped a LMG team and an engineer team off  just south of the barbwire. I failed to cut the wire, so was stuck on in the open. I was relying on my pregame barrage to stop the Americans from entering the fray, but in 2 phases they had everything down, destroyed my 2 teams in the open and my FM dropped from 10 to 5. I withdrew. It was probably one of the worst games I have played.
The Summing Up: Battle 3/Turn 2
Americans no losses
German Sturm Platoon #1 lost 5 dead and 3 wounded.
Campaign Tracker
Germans
Men's Opinion -2
Overall Commander Outlook Affable (+1 FM)
Americans
Not tracked 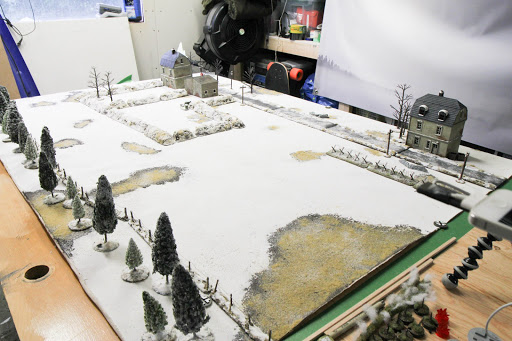 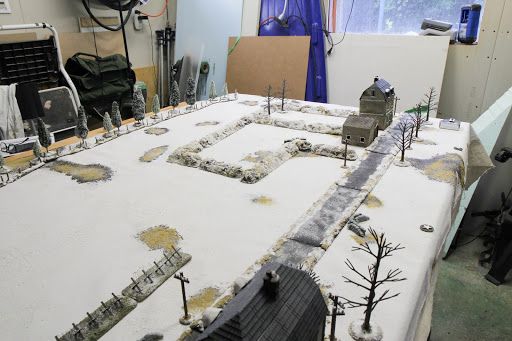 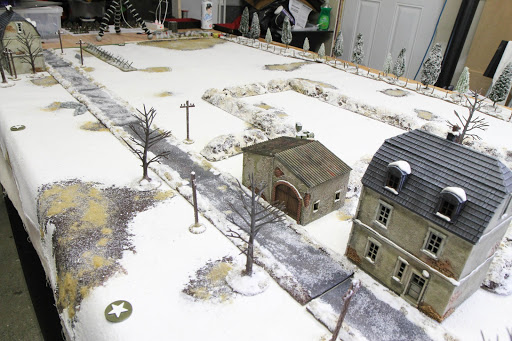 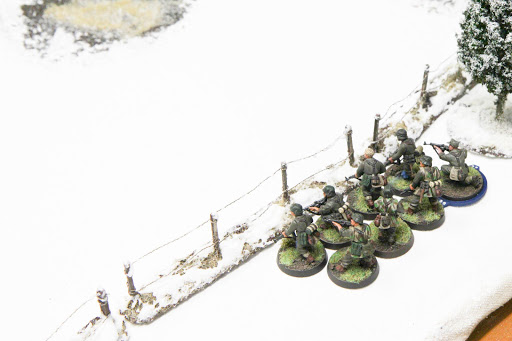 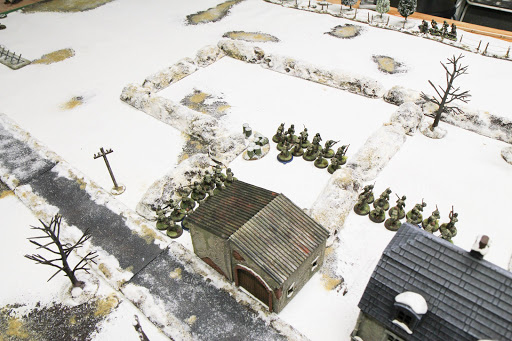 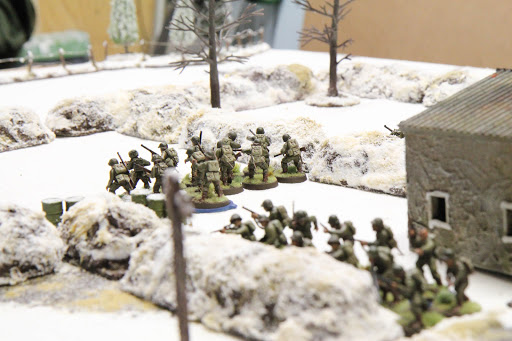