I hosted my first Chain of Command game over the internet this week, we started Wednesday night and finished off this morning as I had to work early Thursday morning thus abbreviating the game. We played my favourite theatre in WWII, the Winter War between Finland and the Soviet Union. Most of the games I have played during this period were set in December and January 139-40, but this time I want dto play the Soviets as regulars against regular Finns. I chose the Battle of Summa, the scenario is as follows. 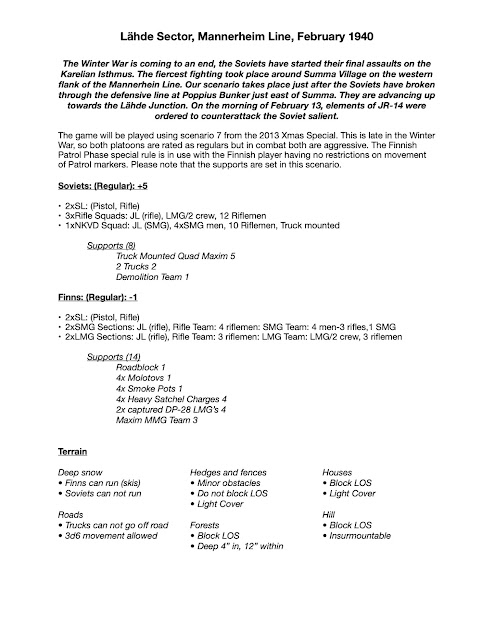 I used my standard 4 cam set up, with me embedded in to one of the overview cams. 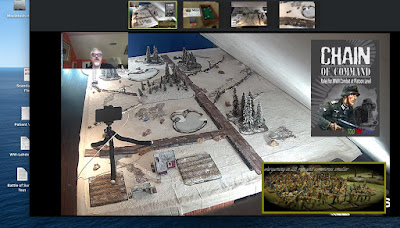 I took the Soviets, letting Pierre-Yves choose the Finns. I usually play the Finns so I was good with it. I started with FM of 9 while P-Y had a 10, thus he was the attacker. My plan was to advance the Quad Maxim up the road to provide heavy fire while I kept the NKVD in the forest near the house so I could deploy on the road or behind the house. I placed 2 infantry squads on my right flank to advance around the hill to get into a position so I could launch both squads using the National Characteristic of Urraaaahh into an assault on the objective. I put the Soviet Characteristic Wrath of the Gods to good use making it difficult for the Finns to get on the table. P-Y's plan was to advance on his right flank with 2 squads, and send 1 LMG squad up the road to get cover by the road block (which had been placed half way up the road) with the other behind the fence near my objective with the MMG team. Despite getting multiple double phases he had significant difficulty getting his unit on, by failing to roll 5+. I was able to shoot up one of his Rifle Squads, but he took out the Quad Maxim pretty early. By this time I was still in good shape with most of my force intact while the Finns had taken some attrition. We called it a night.

This morning we restarted the game, and before I knew it because of absolute horrible dice rolling, I was down to a FM of 3. Every time I had to check to see if a leader was hit I rolled a one and then every time I rolled on the Leader Table I rolled a 1! By now the first turn had ended so despite having much less firepower and with a lot of double phases my troops ended being shot up with multiple squads on the verger of breaking. I got the Finnish FM down to 5, but it was just not enough so we retreated. A Finnish victory. Here are a few photos. 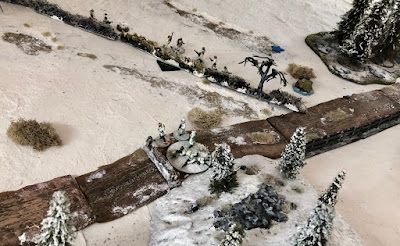 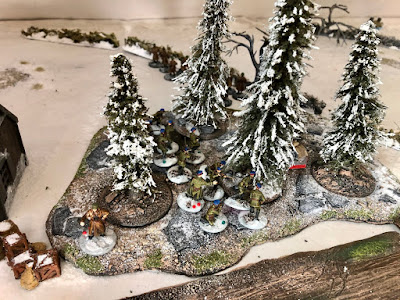 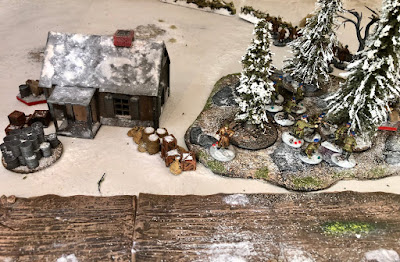 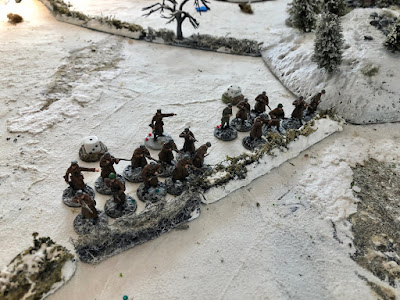 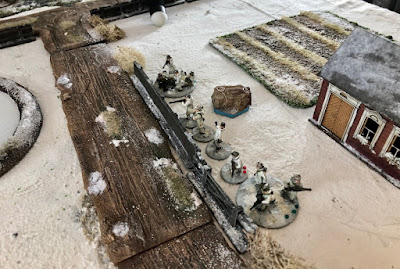 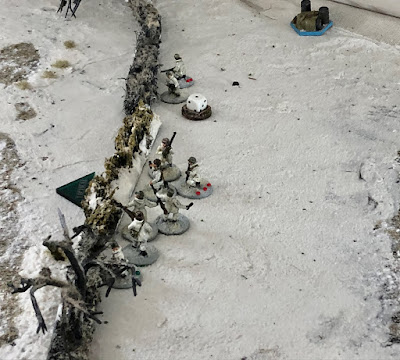 Well it is great to get into playing CoC. I am getting in another game tomorrow night this time being played in Montreal and I am acting as a games master for the first time with a modified version of the above scenario on a different terrain on Tuesday morning with a fellow for the US and another from Australia. who says Virtual Wargaming is not fun.
Posted by john de terre neuve at 16:17