Well with some coaching we have winners in the Clever Boy contest, as you will remember there were two questions related to my previous post on the Flemish Mercenaries. To broaden the appeal, I posted a link to the questions on the TMP Dark Ages discussion forum. This attracted some new people to the blog, I believe most of my readers are Napoleonic gamers and the contest had to do with the Dark Ages. I would have liked to get a few more answers, but so it goes.

Ray of Don't throw a 1, made several attempts, some of them which were so close so he has to be commended. But alas, he did not get the correct answer.

Question 1:
So a Clever Boy should be able to guess what my new warband will be. There is a clue in the photo which should allow you to narrow it down to 2-3 choices very quickly. I can also say that their uniqueness to the warband is a second clue.

So question 1: What is John's new SAGA warband?

And the Clever Boy is David from Texas, here is his blog avatar. Not much further I can say about that. His blog is Bring out your Lead. I see it has not been updated for sometime, but he is still active on TMP.

The first clue was the arid terrain in the photo, so the Warband was based in more southerly regions. The choices then I thought would be Andalusia, The Holy Land or North Africa (much less likely). The second clue was their uniqueness, what is more unique than Christian mercenaries fighting for a Moslem Caliphate. I do not believe that Christians fought with the Saracens in the Holy Land, so we were left with Andalusia. So the answer was Andalusia. 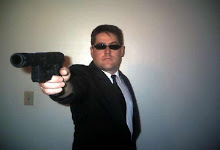 Question 2:
This is for a Really Clever Boy!

So question 2: What is the unifying feature about this specific unit and why is this so?

And the Really Clever Boy is Curt from Regina, Saskatchewan, here is his blog avatar. Not much further you can say about that either. His blog is Analogue Hobbies. Certainly well known to the readers of this blog. Curt wants a Flemish figure as a prize, I will have to see what I can do. 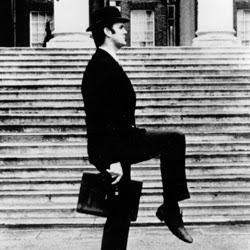