As mentioned a few posts back, I am trying to catch up on photographing some of the projects that I have been working on over the last year. My blog certainly got taken over by gaming, but I still do a lot of terrain and figure painting.

I have somehow or another got myself in 4 different gaming scales, aside from Chain of Command and yet another skirmish game that I will not mention yet, my skirmish wargaming is in 28 mm. This is as it should be. SAGA, SP2, and Muskets and Tomahawks are all games I play in 28mm. A local gamer (well in New England) Dave Valentine has recently written a set of rules called the Devil in The Wilderness. He had a kickstarter which featured figures for the game as well as the rules with cards and an online engine to play the game. I will always try to support local initiatives, so I bought into the kickstarter. I understand the game is set in a early historic New England and has some supernatural elements involved. You can read more about it on the website, but being a huge Lovecraft fan I was immediately attracted.

In the lead up to any new gaming adventure, I always focus on terrain. Some of my Muskets and Tomahawks terrain will certainly do but I knew I needed more town terrain. Since getting in 3D printing most of the terrain I use is printed by myself. The stuff is from the 3D-Print Terrain Americana sets. It has been slow going and I will need a bit more scatter and a couple of more buildings but I think I am now ready to give the game a try. I was forced to speed up my efforts as the figures for the game have finally arrived from the manufacturer and are about to be sent out. 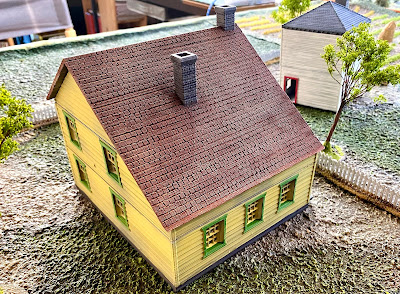 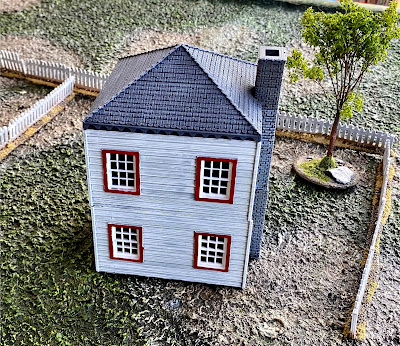 I suspect the houses may not be exactly accurate for the 17th century but they will do. Look forward to giving the game a go!