It has been almost a month since I posted to the blog, time goes by! I have been quite busy with painting, but just have not had time to take a lot of photos.

I have been preparing for a trip to Montreal this coming weekend, and all though I am not the Prussian Commander, I had been tasked with bringing a Prussian brigade (division for the unaware). I had 48 infantry to paint and several command figures as well as some casualty markers to do, so I have been busy. Still have 12 infantry to go, but I suspect I will have them done in time.

You may remember that late last year I posted photos of 24 figures of a combined Prussian battalion, I had screwed up the figure order, so had only 1/2 the required figures for each battalion, and at the time did not have the fusilier figures. I said that I really wanted to paint the whole regiment, so here we have Reserve Infantry Regiment 9 in it's entirety. During the Waterloo campaign it entered into the Prussian Order of Battle as IR21, or the 4th Pomeranian Regiment.

What was particularly attractive about this regiment is that the men were still in their British uniforms originally supplied in 1813, during the Battle of Waterloo. They do break up the sea of blue. 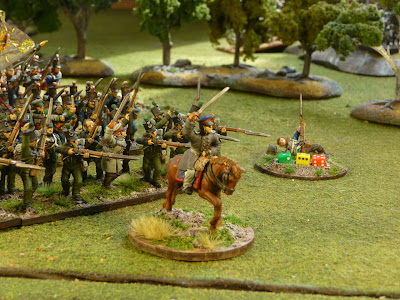 Fusiliers in their "Rifles" uniforms. 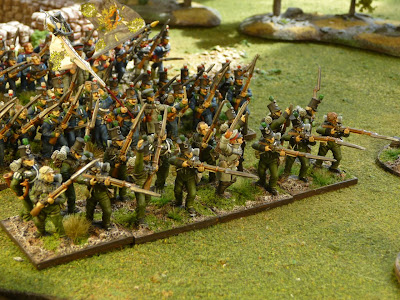 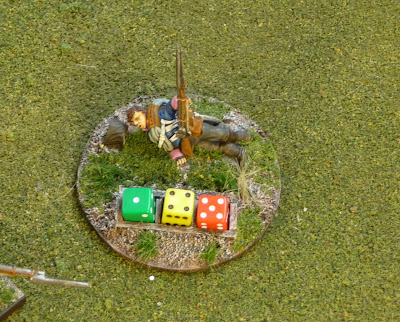 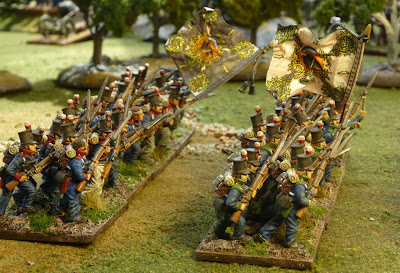 3/RIR9 based as skirmishers. In order to decrease the number of figures I have to paint for my Prussian project, I have decided to use 4 figure bases for the 3rd Fusilier battalions, rather then 6. 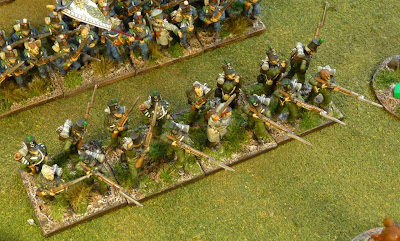 I forgot to place the jagers in the photo, each Prussian regiment will have 4x2 figure bases of jagers attached to the 1st battalion. 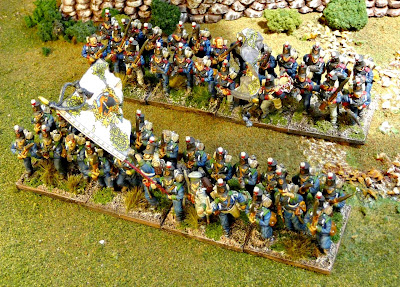 New round bases for all sub commanders . 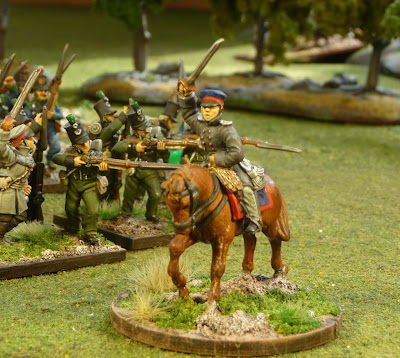 Hard to say anything bad about Calpe figures and Flagdude standards. 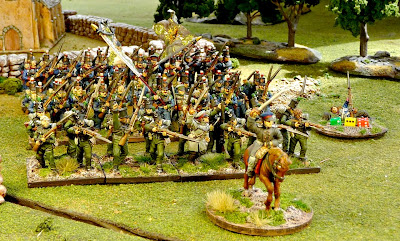