Well I have almost got everything done for the big game in Montreal this Sunday. It really has been a pretty busy time while at the same time I have worked almost every day. Essentially do a shift, come home eat something and start painting.

I had hoped to have a few more new style casualty stands done, but I find the little dice holders time consuming to make, I will have to come up with a different plan if I hope to have one for every infantry battalion and cavalry regiment. I had also hoped to have some Prussian Landwehr mounted regimental officers done, but the ones from Warlord Games only arrived yesterday.

Not all this stuff is new, but I have painted all these casualty figures and 4 of these sub commanders over the last week or 2. Also finished off 24 figures for RIR9 to complete that regiment and I just finished basing 24 figures for 2/1st Landwehr Regiment of the Elbe last night. I will post some photos of them next week.

Here is my first cavalry casualty figure. Curt from Analogue Hobbies, kindly gave me 3 of these Cuirassiers a while ago, finally got around to painting one of them, a little rushed maybe but a very nice figure. 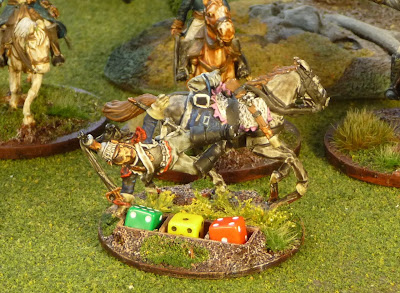 Here is a Prussian and French cavalry sub commanders on their new round stands. The French officer will represent a brigadier general, he was just painted. I really like the round stands and I hope they stick out on the table. 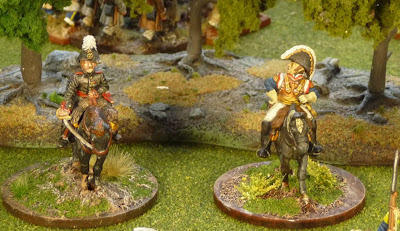 A couple of newly painted Prussian line infantry sub commanders. They will represent regimental colonels in the Prussian order of battle, I suppose the equivalent of brigade general in other armies. 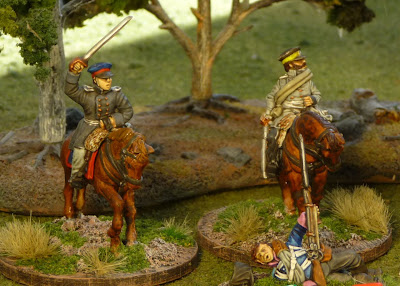 I am hoping to post some photos of my Montreal bound Prussian brigade tomorrow, but we will see how it goes.

I also have a bit of a surprise coming up: A new type of game, a new era and a trip back to my cultural roots. Any guesses?