Battle in the Wilderness 1756 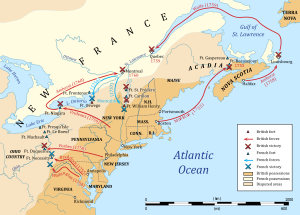 Last week after a two week hiatus, I got a game in with Pierre-Yves in Montreal. I had been away so I was looking forward to the game, getting used to at least a game per week during the pandemic. Indeed, I had 2 games last week. What was especially cool was that my old friend Iannick, zoomed in to get a "look see" at Virtual Tabletop Wargaming. We are planning to have a game within the next week or two and it was good that he had a look, we did not get a chance to talk about the Habs and their travails, but it was all good. Pierre-Yves and Iannick, although both living in Montreal had not met each other, so I believe it was a good wargaming connection for each.
It was my turn to host, and I had finally got together a 4x4' terrain which is the recommended size for 400 point games with Muskets and Tomahawks II. The mat still needs a little work but I was happy how it came out. In this game, I decided to go with a Wilderness scenario. We added all the whistles with both Intrigues and Commander's Gifts. We both decided to go with Battle Missions. 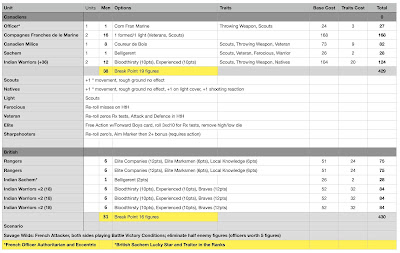 It was quite a good game, around 3 hours and it went back and forth but P-Y's British Allied Indians were able to break my French Canadiens. A few photos. 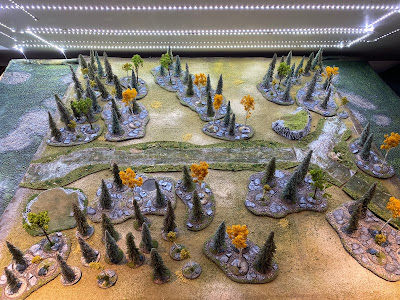 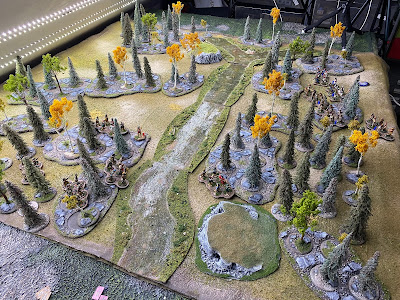 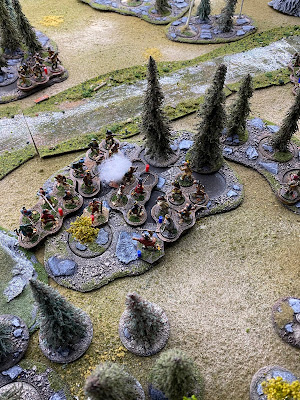 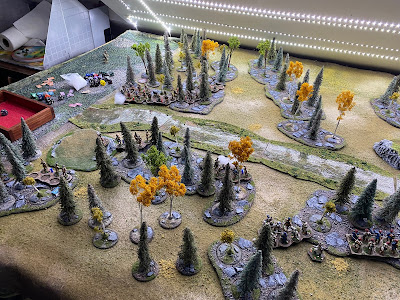 Getting back on schedule now, with a What a Cowboy game, possibly a game of SAGA (my first in-person game in a year) at the Hobby Bunker this Thursday and the next chapter in UBOOT this Friday.
Posted by john de terre neuve at 10:46