Finally got around to painting some troops, getting them photographed and uploaded them to the blog. The last Napoleonics I painted were some French Carabiniers back in March. Now back though and have painted several battalions over the last couple of months. I am planning to do the Warhammer twelve scenario Waterloo campaign over the next two and half years, hoping to finish by June 2015. Not sure about the ruleset yet, but I liked what I have seen so far with the Warhammer Waterloo rules.

It was nice to get back to the colourful uniforms. It is was really great to do some Calpe figures which I suspect will make up the bulk of my Prussian army with some Perrys thrown in. Most of the units are from the II and IV Corps, my criteria for choice was not to build brigades but more to paint a variety facings and shoulder straps colours!

I have mostly used the Cent Jours Waterloo website as a reference for the OB and the uniforms, despite having all the Summerfield and Osprey books, it really is an great reference.

First up is some Perrys, these are from the plastic box set, quite nice, but really not as much fun as the Calpe. Nice yellow facings with some jagers out front. Nice light blue shoulder straps. Unfortunately there are no flags for the former reserve regiments I believe that this flag is for the 1st Regiment of Silesia and is from Flagdude. There is no way that I could do without a flag. 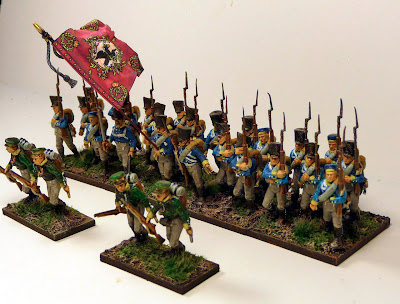 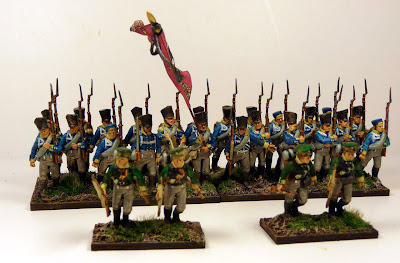 1/IR25, the 3rd Regiment of the Rhine formerly Lutzow's Freikorps

I had 12 figures painted previously and had to add 12 more of these great Calpes. I have kept them in their black Litewka. There was no way my Prussians were going to be all blue. This is a GMB flag, one of the few I have that has not faded. 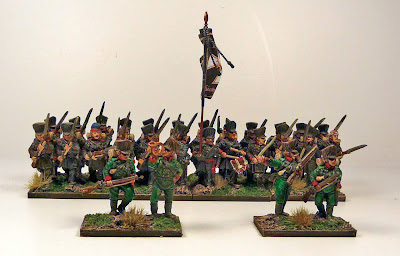 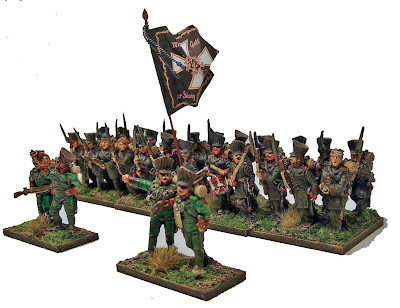 Some more Perrys, this time with pink facings and white shoulder straps. The colour of the shoulder straps denote the position of the regiment in the province. Decided to go with an 1813 Westphalian standard for this unit. 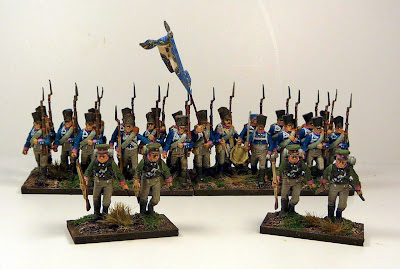 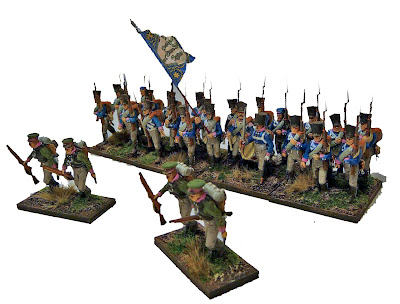 Another resurrected unit painted a couple of years ago. I have rebased them and added a couple of lances, I am not much into modifying figures, but these look OK from a distance. Still waiting for the pennons. 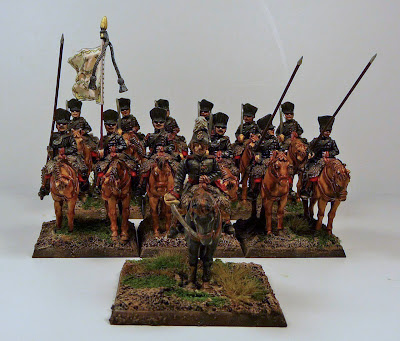 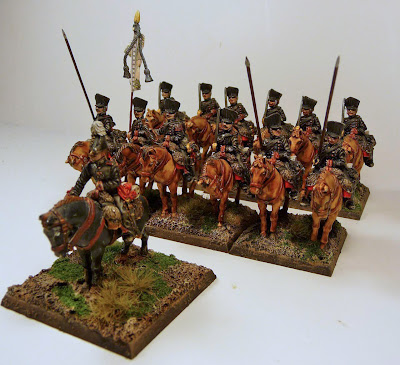 Fantastic Calpe fusilier figures, I threw in a few figures with caps to break things up. I did find it a challenge to paint the white circles on the shako covers, a distinguishing mark of a fusilier battalion. Of course, fusilier battalions did not carry flags, but mine do! 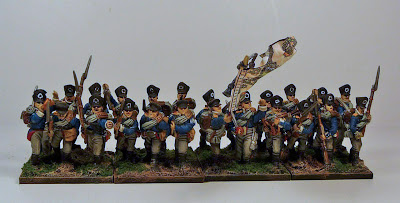 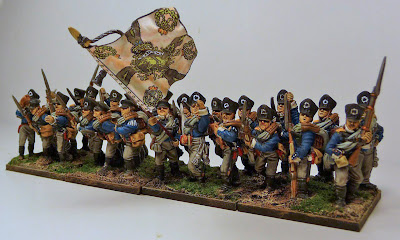 This was my favourite unit to paint, love the Calpe Landwehr, the bareheaded figures were especially fun. Green facings, a lot of debate about what colour the shoulder straps would be so I painted them green as well. I used one of the numerous Landwehr flags from the FlagDude. 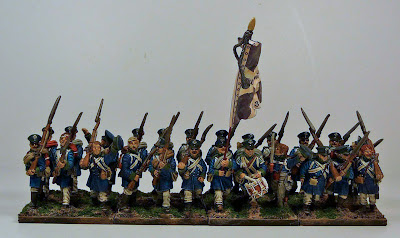 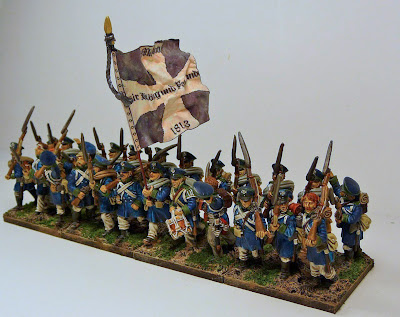 Painted a while ago, still in their original reserve uniform at Waterloo. Another FlagDude Landwehr flag. 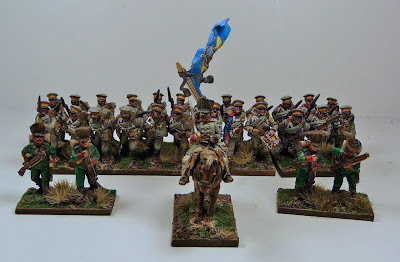 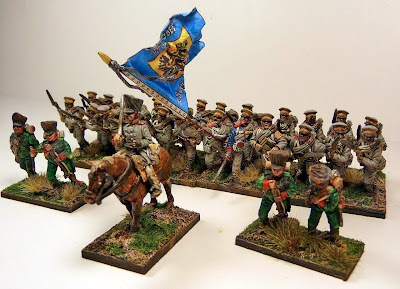 Well lots more Prussians to come, as the 2nd Annual Winter Painting Challenge is about to start in 5 days, I am going to Montreal to rest up this weekend, so I should be already to paint when I get back.