For my upcoming WWII game, I had to build some terrain that would simulate the Tunisian landscape. The terrain had to be portable, I am driving to Montreal and we are planning to play the game in a hotel room. I quickly got fixated on something in the mountains in the south western part of the country. I wanted a fairly simple but varied terrain that would not stress our first go at the Rapid Fire rules. I suspect that the North African dessert is pretty featureless and there would not be too many places to hide. The whole process was also a discovery for me in how to model a dessert terrain with some hills. I usually model hills into the terrain tiles, but this was not really going to be an option as the pieces had to be portable.

I started with some 2" styrofoam which I glued to 1/4" MDF board. I then used a hot wire to cut some gashes into the foam. This is what I got. 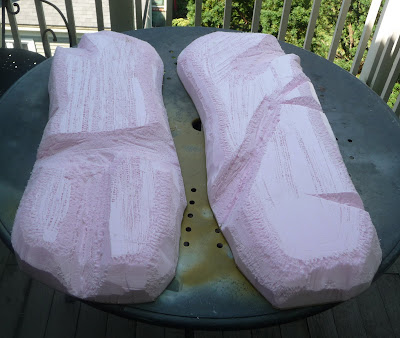 A propane torch was used to smooth off the edges, but also to give some texture. 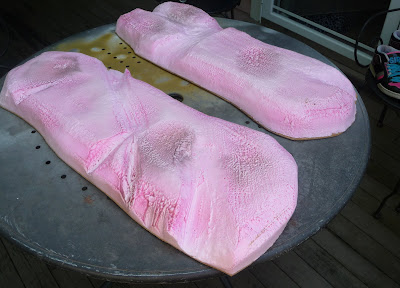 The base coat was raw umber. The paint used was from the Sargent Art line. 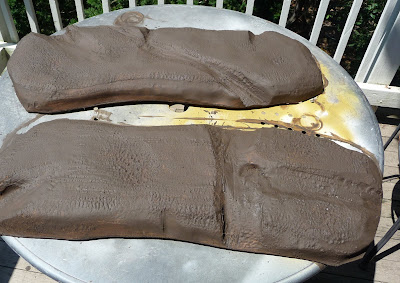 The hills were then heavily dry brushed with a Sable Brown from the Americana line of acrylic paints. 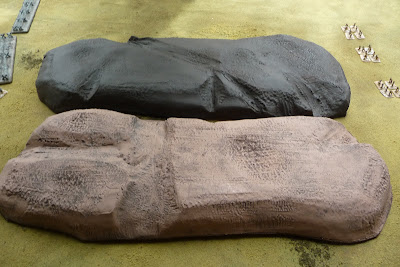 I then drybrushed some areas with Sargent Art Yellow Oxide (to the right) followed by some Titan Buff from Golden (to your left).

I had a old mixed green terrain mat from the Terrain Mat guys, I applied some Woodland Scenics Yellow Grass and Earth Blend Fine Turf (to the right) followed by a dry brush of the Sable Brown followed by the Titan Buff (left). 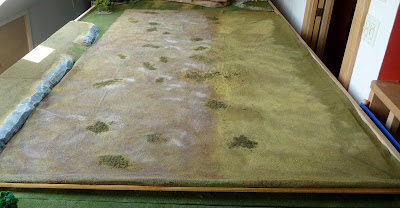 Finally patches of Light Brown Sand was applied in patches as well as some clumps of Woodland Scenics Earth Coarse Turf. Multiple sprays of watered down white glue were applied at each stage of the process in order to seal the mat. 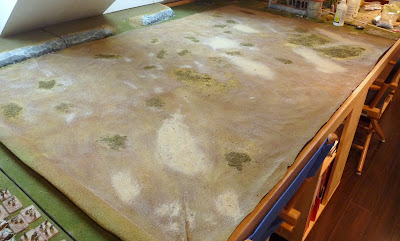 Here is the final terrain layout. The terrain is about 4x6' in size. As you can see the attacking British forces (foreground) have to either enter into the valley or go into the hills by the access points. The large patches of sand are possible areas where vehicles can become bogged down. The DAK are defending the oasis in the farground and have available to them: barbed wire, entrenchments and a minefield. I think the hills are a little too rounded, but I suppose they will do. 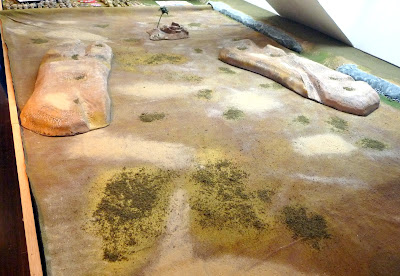 The oasis comes from Architects of War and although it is for 28mm gaming, I think it will be fine for this 15 mm game. Still deciding on whether to put a little water in or not. It really is a very nice piece. 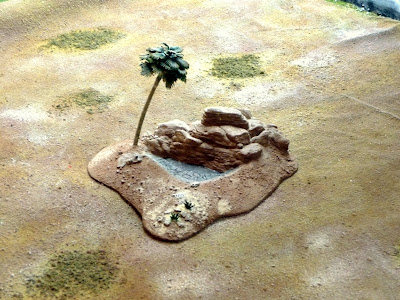