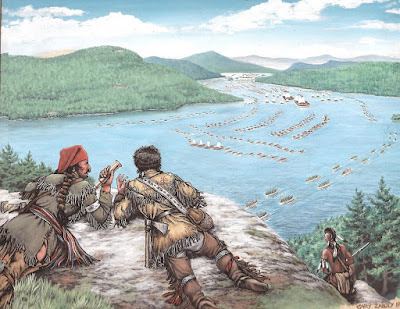 Yesterday myself and Pierre-Yves had a trial run with the 2nd edition of the Studio Tomahawk rules, Muskets and Tomahawks. This is the first time I have had a chance to play them since they came out aside from a couple of solo games earlier this year. I am putting on a game later this month so I needed to trial the rules as well as the scenario. Generally it went quite well, some screw ups with the rules and the scenario will need some adjustment. We also try an online Card Playing ap that P-Y has written and it worked well, a couple of modifications needed but all in all this went very well.
Here are a few photos, we brought the game to conclusion in 2 hours, it is quite bloody! You will see that I have placed little coloured magnetic markers on the movement trays, with red being the Brits and blue being the French-Canadiens. I will not go into the game or the order of battle but it was roughly 350 points per side on a 3x4' terrain mat. 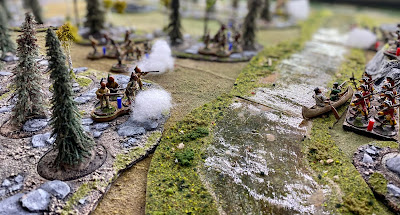 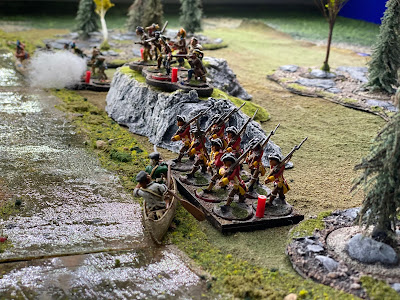 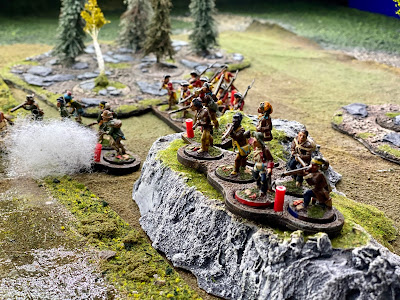 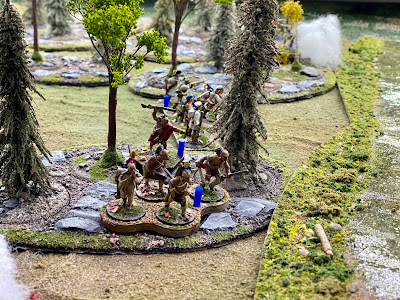 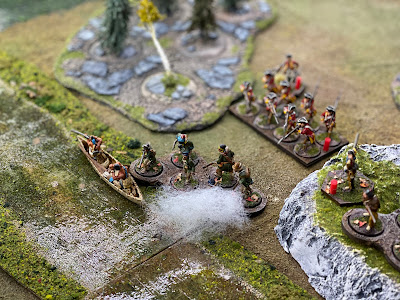 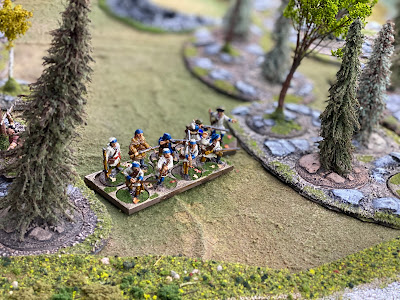 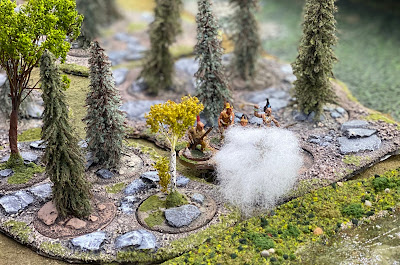 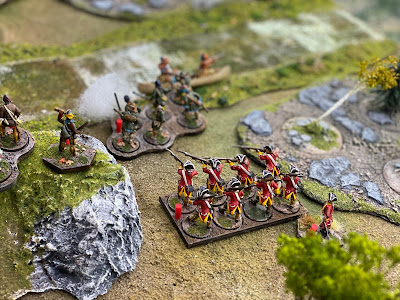 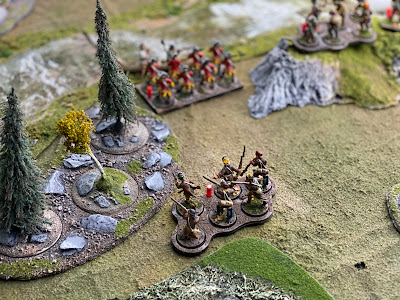 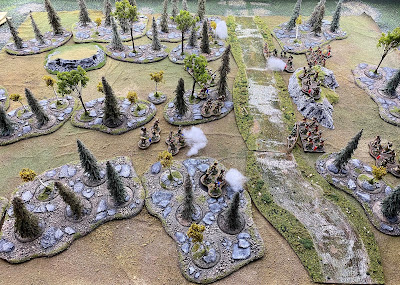 Definitely need another practice session before I am ready to game-master a game but hopefully it will sort itself out.
Posted by john de terre neuve at 09:08