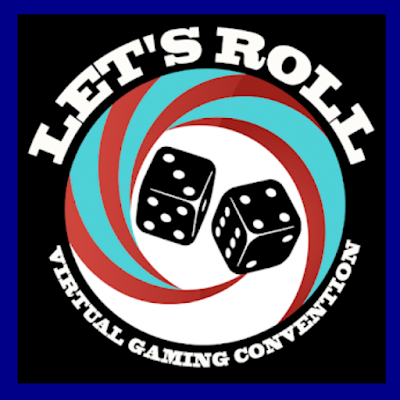 Last weekend I got to play in a Virtual Wargaming event. The convention went from Friday evening to Sunday afternoon. There were 12 events with over 40 seats. I put on a Muskets and Tomahawks game using the V2 rules. The game went well thanks to 2 great players and the Card Playing ap my friend Pierre-Yves wrote for the ruleset.
On Sunday, I got to play in my first computer assisted tabletop game using the "Hun at the Gate" rules for WWI. It was a lot of fun. You can find the schedule of events here and some brief Action Reports here with some photographs. I understand the organisers plan to hold another event in the New Year. Many thanks to the organiser Arofan G for putting together a great online convention.
Here is the Scenario for the Muskets and Tomahawks game with a few photos. 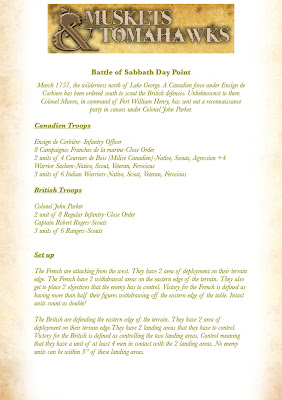 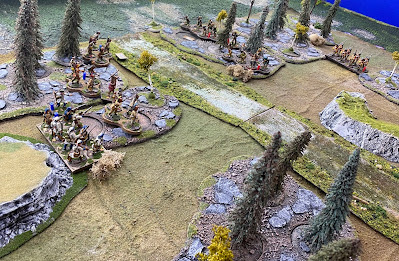 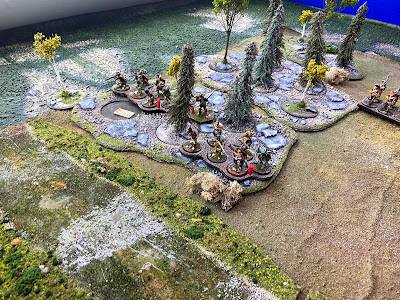 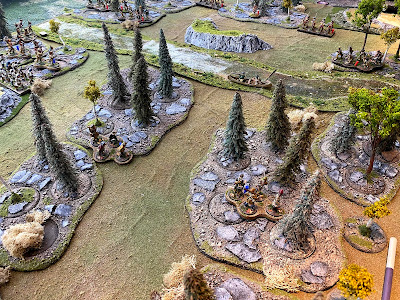 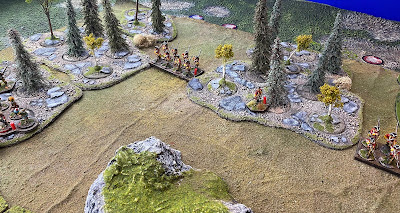 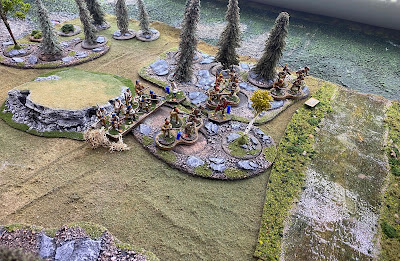 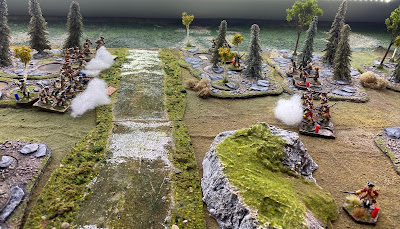 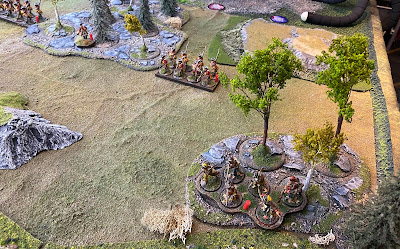 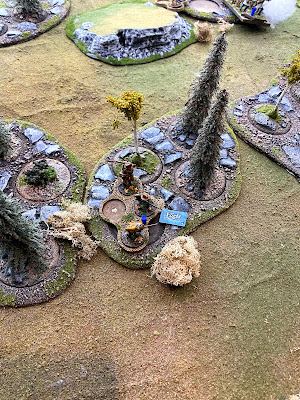 This was the 3rd time the scenario was played, I got in 2 games with Pierre-Yves to go over the rules and test the card playing ap. I all 3 games the British won, although I believe their force was slightly smaller points wise. I think the Canadiens could win, but I believe the Indians have to be played much more aggressively.
Posted by john de terre neuve at 07:06