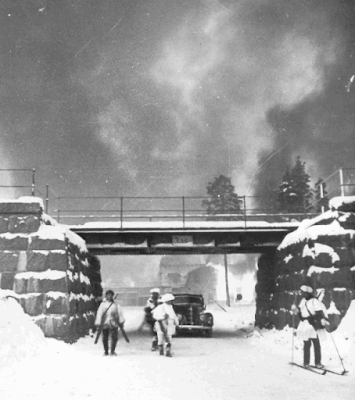 Last week, I had a much anticipated game via Virtual Wargaming. I have decided to really push ahead with my Winter War campaign project and wanted to test some new ideas. What really was anticipated though was the chance to put on a Winter War game for some Finnish Wargamers. Who better to comment and constructively critique my plans!
You can find the actual scenario at the end of the post.
Forces
Finland Regular Platoon 5CD +1 (FM 10)

Summary:
We had 3 players with myself as the games master. Sabbath took the Finns and Eero and Janne took the Soviets. I thought the Finns got quite good JOP's and the Soviets despite the Finns having their special patrol phase rule (not limited by a 12" daisy chain) were well positioned as well. You can see this below. 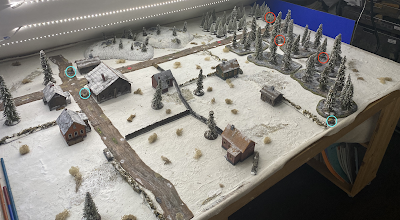 I am a hopeless photo taker, but at least they are in order. We used dice to assign the Finns the buildings that they had to burn. What they were not sure of is whether they would have to burn more buildings after they burned the first two.
As you can see below, the buildings with the smoke on top of them were the Finnish targets. The House Burning rules that I had written up to replace the 1940 demolition rules were a bit of a failure, so I will not describe what they were. They were essentially too complicated but at the same time a little too easy to be successful, they will certainly need revision.
The Soviets launched their attack very quickly with the help of The Wrath of the Gods (a modified pre-game barrage) and once Janne arrived made some very aggressive moves.  They got quite close to the small house in the left hand of the screen but then seemed to stop. Sabbath was able to get 3 squads of Finns behind a hedge to defend against the Soviet advance through the woods. The Soviets had 2 squads in the woods and a squad just north and south of the road.

There was a lot of close range fire which the Finns came out on top and one of the squads eventually launched an attack on a Soviet squad driving them back into the Soviet NKVD squad. The NKVD chaps were quite upset about this and suffered significant excess shock.
While all this was going on the Finnish team armed with gasoline bottles were able to catch the first house on fire. They also now had a 2nd Team on board who were working on a much larger house in the centre of the village.
The Soviets had now taken quite a few hits on their Force Morale and although they were able to cause some damage to the Finnish FM by placing their MMG team in the forest which started to chip away at the Finns, their FM dropped quickly to a point where they only had a couple of Command Dice.
The Finns had thought their job was done but Sabbath got another command from the battalion that their reward for their success was to have to burn two more houses before they could yield to the Soviets. Fortunately for them the Soviets FM dropped quickly to zero so they had to abandon their assault.
Unfortunately, as Eero had not had a chance to deploy the Platoon Commander, so we did not get a chance to see if he would get a visit from the Commissar, end up getting shot and being replaced by a Ranking Senior Leader (CR 12", 4CI).  It would have also be nice to see the T26 in action.
Soviet Squad #4 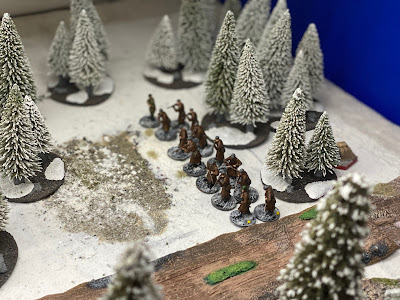 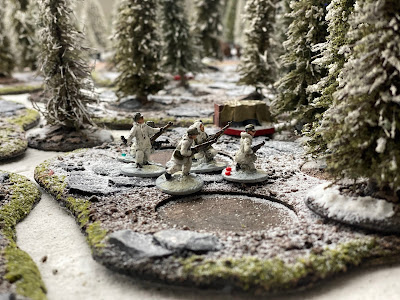 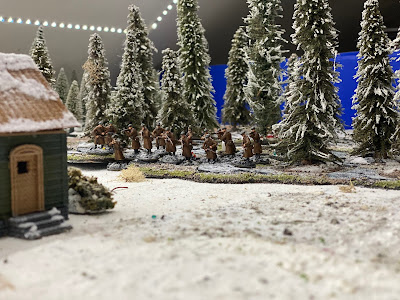 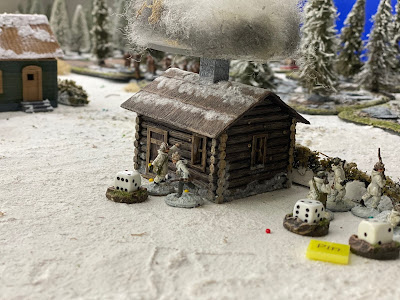 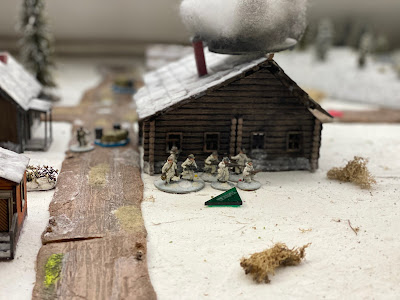 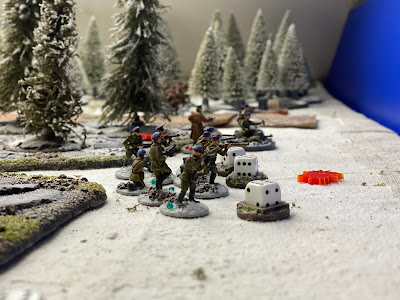 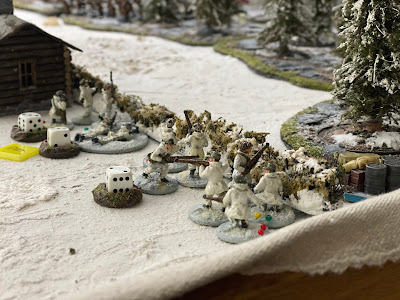 Position at the end of the game 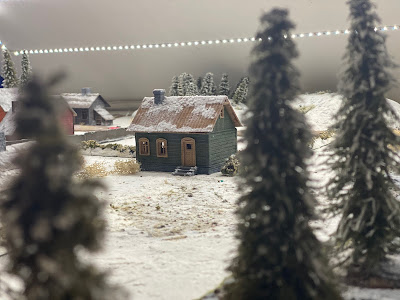 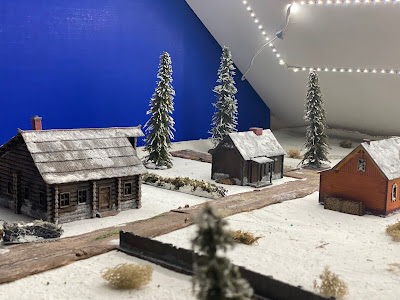 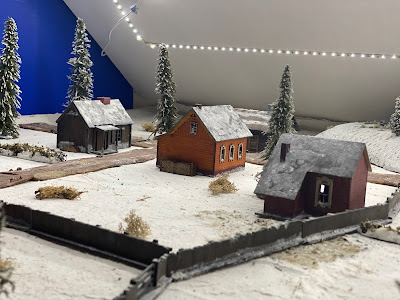 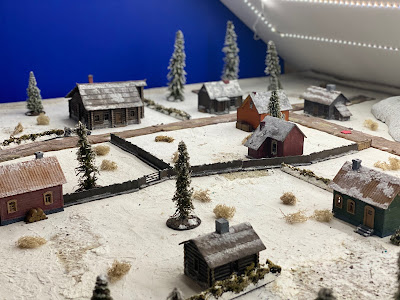 Well I am hoping my Finnish friends had a good time. The scenario itself appeared to be OK. The 4CD Soviets seem to be fine. Pity the Ranking Senior Leader did not show up. I certainly need to work on the mechanism to burn houses, as it was not very smooth. The Finnish player certainly played the House Burning rules in a completely unexpected way. But of course that is what play testing is for! 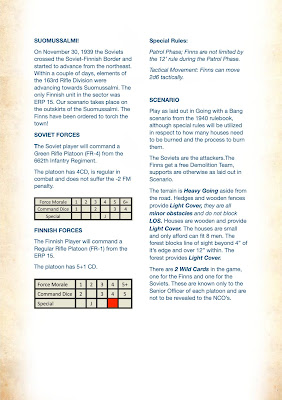