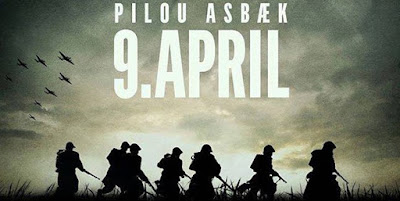 We got together this past Tuesday for game 2 in the April 9th campaign.
This was going to be a tough one for the Danish team as we were down 11 men, almost 1 1/2 squads. As SL I decided to re-organize my troops into 3 squads only, 2 full squads of comprised of a JL with a LMG team as well as a 5 man rifle team. Squad 3 was a JL and 2 LMG teams of 2 men each. My firepower was a little more than half of what the German firepower would be. I took a MO and Adjutant, knowing that I would have to field my SL's early and I would have to have the ability to patch them up.
The Germans were just down 2 men, I am not sure what their support was but I suspect it was an adjutant.
We played the Patrol Phase the day before and the result was as below, the red being the Germans. I should note that we were playing the Patrol scenario, something I have not done often. Petri, the German SL started at red arrow 1, while Danes started at blue arrow 1.
It is interesting because I suspect our plans were quite different, the Germans clearly want to advance rapidly forward as you can see. I really wanted to set up a small defensive perimeter on my base, thus I moved laterally with my Patrol Markers. The forest was light with an 18" LOS so I preferred to defend the clearings rather than the forests. I was quite happy where I ended up as I was ready to sacrifice my JOP in the small forest, but wanted it there in case I could get an opportunity to Ambush. 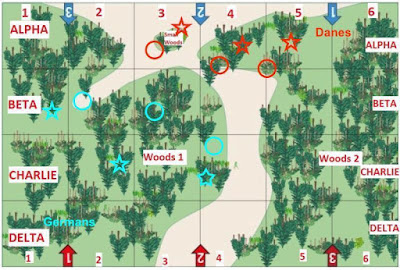 As it was the Germans had a FM of 11 while the Danes had a FM of 10 so they got too move first. They rapidly deployed all 4 of their squads and advanced to the north and to the east. I set up 2 squads in alpha/beta 5 quadrants, and did put 1 squad behind the small forest in alpha 3. This was almost a catastrophe but JL #1, Alessandro pulled off a great escape cycling rapidly untoward the woods in alpha 4 and then dismounting and moving tactically. The Danes were quite lucky with their CD throws, getting an early triple 6, thus removing the advantage that the Germans had with their rapid deployment on overwatch. Danish JL #2 Lagen was able to manoeuvre himself into a clever firing position where the Germans in Charlie/Beta 3 on overwatch were out of LOS but was able to fire on a German squad that had exposed themselves in Beta 3. There was also another German squad exposed in alpha 2, who both my JL's were able to fire on.
The Germans started to take casualties, not a lot; but their SL Petri felt their position was untenable and decided to withdraw before they suffered further damage. This was a one-off table, so on to table 3. A Danish Victory.
A few screen captures. 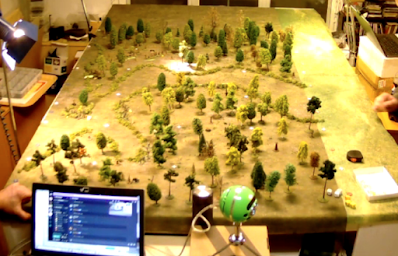 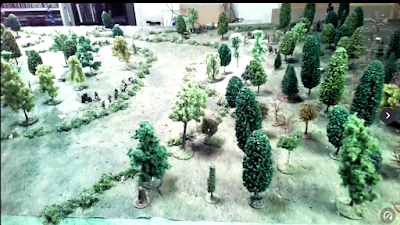 You can find an excellent report with great photos written up by Eero on the Wargamer's Forum.
Posted by john de terre neuve at 16:07