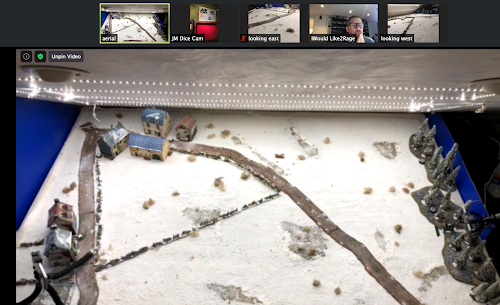 Do to a major error in how we played our last game in this campaign, we had to replay the scenario. I misinterpreted the rules on how to deploy vehicles when there is no road on the player's table edge and we had misinterpreted the rules for firing on soft-skins. I felt that my victory was un-earned so after a very brief discussion we decided to replay the game.
I really do not want to go into a whole report, but it was probably the most interesting CoC game I have played in a very long time. I went with the exact same supports as the last game, the America Supports are set, although I found out that the Americans also had an on-table mortar team. Despite having a -2 on my FM roll I was able to start the game with a FM of 9, while the Americans had 8. P-Y did get the jump on me with 3 free moves of his PM before I got the first move. The JOP's ended up pretty close to where they were in the first game. Again played it as the Probe.
Sturm Platoon #2
CD 5 Green FM9
1 SL
3 man rifle grenadier team
1 Sturm Squad w/JL
1 LMG Squad w/JL
Supports (12)
Captured Jeep
Sniper
LMG Squad
le IG.18 w/ JL
American Rifle Platoon
CD 5 Regular FM 8
2 SL's w/ Bazooka Team
3 Rifle Squads w/JL
Supports (?)
Barbed Wire
Entrenchments
0.5cal HMG team
Sniper
M16 "Meatchopper"
Mortar Team
The game started and almost immediately P-Y started to get double phases, but he was careful defensively and was slow to deploy. I was also cautious but eventually got all my troops on the table on Overwatch in the forest. P-Y got his 50 cal on the table as well as a infantry squad, a sniper and his M16. My LMG support squad got beat up but I was able to get the shock off to stop them from breaking. In the interim my troops were able to rout the 50 cal off the table as well as breaking a BAR team. The American FM was down to 6, but then the game got very strange. P-Y threw 4x6's on his CD, the turn ended, he got an extra CoC dice but also had to roll on the Random Events table. He rolled a five...heavy rain....visibility down to 18" This happened at a point when I had no targets on the table as he they were not deployed or not in LOS. This was a big plus for me as we rolled phase after phase, but there was nothing to fire at so all we did was accumulate CoC dice. P-Y had rolled plenty of double phases and started to deploy his troops but the decreased visibility made any firing impossible. I build up 4 CoC dice and finally rolled a double phase. Now was my chance, I deployed a team in a captured jeep and started from my northern edge, the ground was solid, I got some pretty good dice rolls, but of course forgot to double the score for wheels. I did however get about 1/3 of the way across the table. I was waiting for P-Y to end the turn and see if the visibility improved. The tricky bit here was of course that I would have lost all my overwatch markers, but with a double phase and plenty of interrupts I felt confident. I made a feint to the south on my next turn, the Americans headed south to head me off, but I reversed and went north again, I got a 24" movement roll and was on the road getting very close to the America edge. I was now visible to the Americans, it was their phase, they planned to fire at my jeep with a Bazooka and then assault what was left out of one of the buildings. I interrupted with my CoC dice and rolled 3xd6.....a 12, I was off the table. This time a fair victory! Some photos. 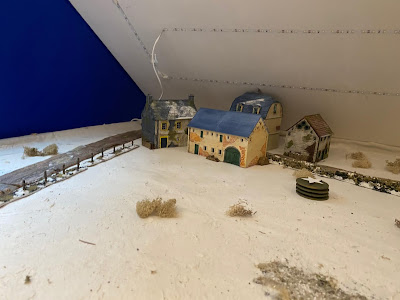 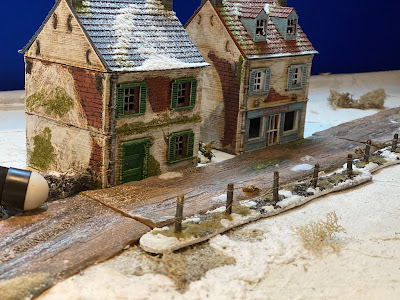 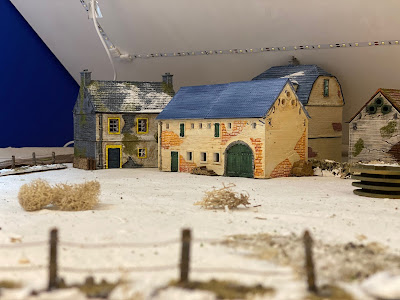 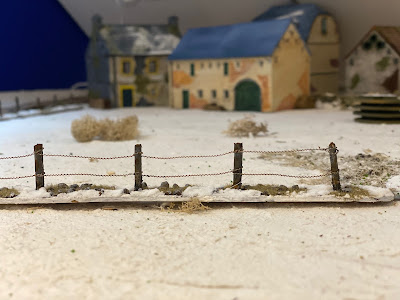 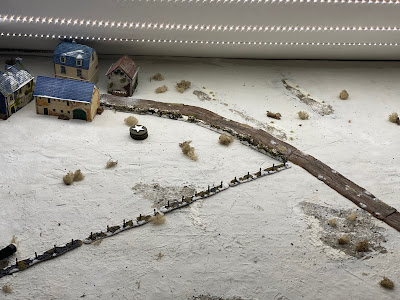 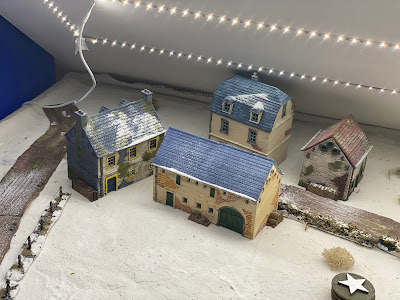 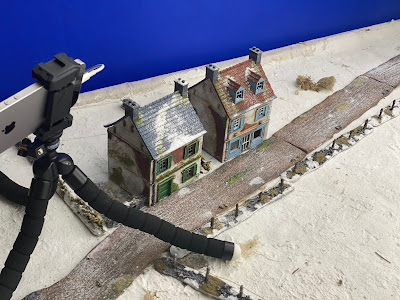 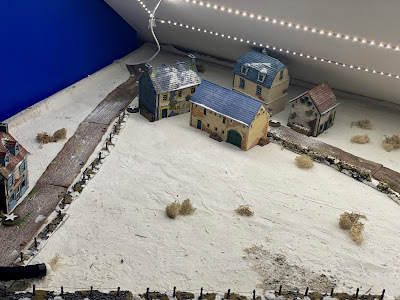 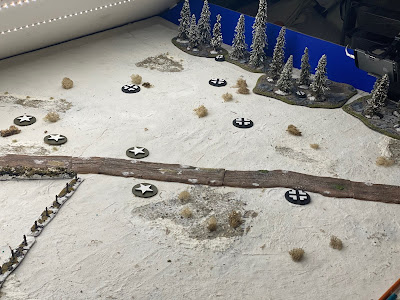 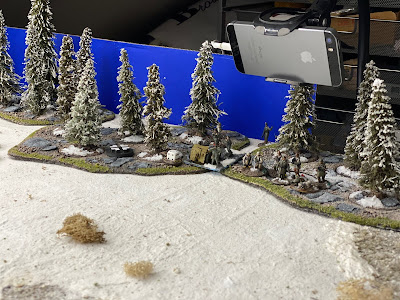 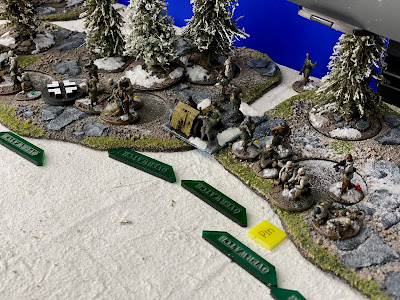 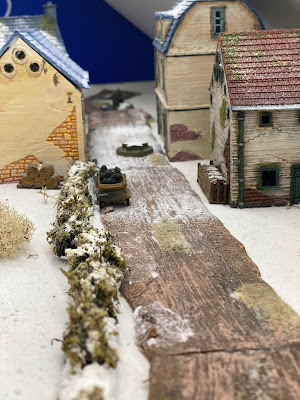 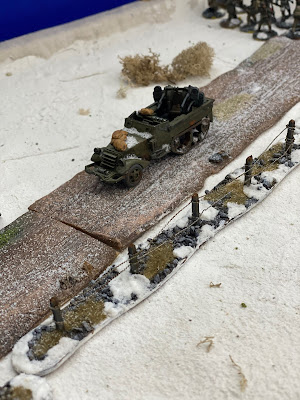