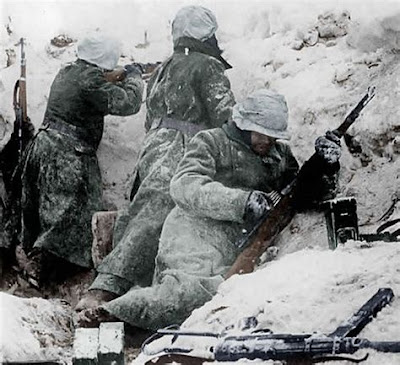 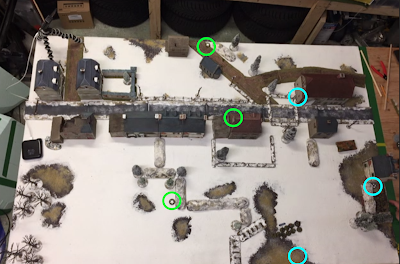 The JOP's are above, we played the Flank Attack scenario for this game, as it was a choice between this and Attack and Defend. It was an interesting game and my dicing was quite good and I felt my set up was good. I made two major mistakes that cost me the game though, first I laid down an LMG squad in the south essentially in the open on a double phase, hoping that I could make it to cover behind the central hedges putting me in striking range of an American JOP. The Americans however cleverly had blocked my path with 2 sets of barbed wire and I really had not taken that in account. I got away with it though and was able to crawl them tactically to the hedge in the above photo just in front of my PzIV and then behind the building to rest up and remove shock. They were then deployed back into line behind the hedge in front of the Panzer.
I put a 2nd Sturm squad behind the hedge to the east, but really they are no match for an American Rifle platoon in the same cover. Essentially 14d6 vs 8d6, they are great in combat or at close range but not any good in a long range fire fight. I am having a tough time learning that. In the meantime P-Y had planted 2 platoons behind the hedge in the centre, as well as a Mortar team and a Bofors ATG. He had additionally placed his 3rd squad in the house where is middle JOP (light green) was. At this point the game really slowed down and we were just firing at each other. I lost my Sturm squad in the east as they broke off the table but my FM was holding and I was able to drop the A,erican FM to 4 while I was 5. I then made my 2nd mistake, I think I was getting tired, we were 4 hours in, and got my Sturm squad who had been paddling away in the large barn to the the northeast to leave the barn and try to take the American JOP to the north, I had a CoC dice and if captured I could end the turn and drop the American FM even lower.
But again I misjudged things and got chopped up in the open, this time I did not get away with it. I believe in the ensuing combat I got the American FM down to 2 but I dropped to zero and lost the game. I did not get away with it this time. We did make quite a few mistakes in rules interpretation especially in respect to sharing hits and when one can enter combat, both these cost me and I suspect that I might have won the game especially with hits distribution (essentially the Americans were distributing hits among 4 teams rather than 2). But I felt my 2 mistakes were pretty stupid so I deserved to lose! As you can see below it was quite a bloody battle and the Americans actually faired worse than the Germans.
The Summing Up: Battle 7 /Turn 5
Americans 10 dead, 5 wounded
German Sturm Platoon #3: 7 dead 4 wounded
Campaign Tracker
Germans
Men's Opinion -5 (-1FM)
Overall Commander Outlook Sociable (+1 FM)
Americans
Not tracked
So on to turn 6, I rolled up a 2, so VG Rifle Platoon (1), so positions are as follows at the beginning of turn 6.
Turn 6-German Force Position and Strength
Sturm Platoon 1 unknown (11 dead)
Sturm Platoon 2 unknown (10 dead)
Sturm Platoon 3 unknown (7 dead, 4 wounded
Sturm Platoon 4 unknown
Sturm Platoon 5 unknown
Rifle Platoon 1 Assembly Point A
Next game Tuesday, it looks bad but it is not as bad as it seems. I have already told P-Y that I am attacking Table 2 and since this is my 4th go at this table, I have 24 points of support.....maybe we will see a Panther!
It has been quite a week of gaming, I played the start of a new CoC campaign virtually in Finland detailing the invasion of Denmark by the Germans on April 9th, 1940. I am having another train game today shortly with a players based in Italy and Poland as well as my friend Adam here in Massachusetts.
And I almost forgot here are some photos from P-Y of the game. 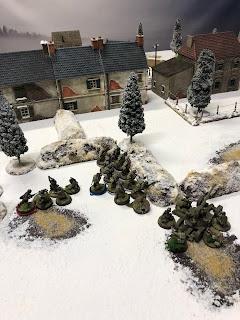 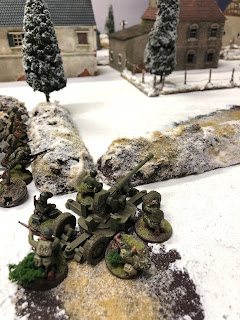 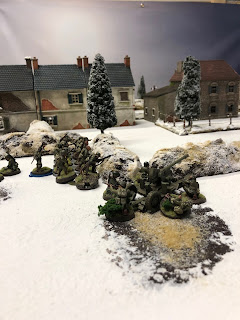 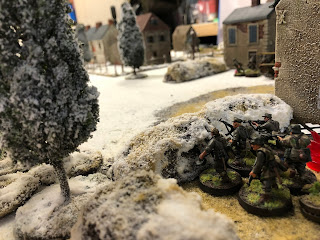 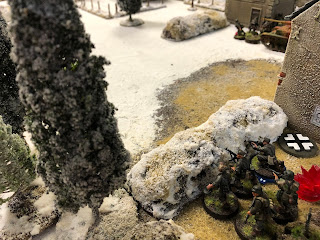 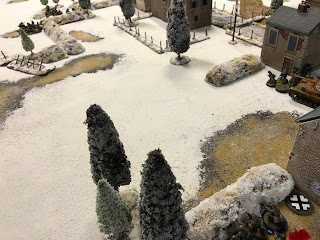 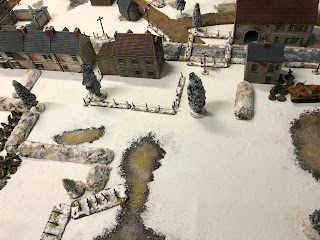 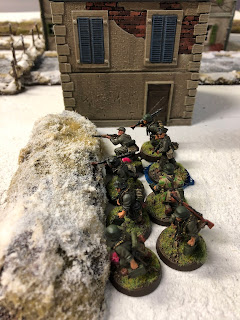 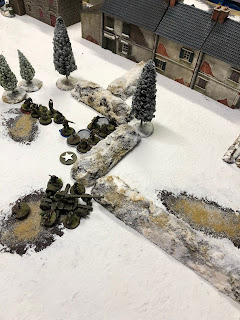 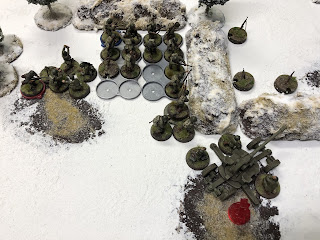 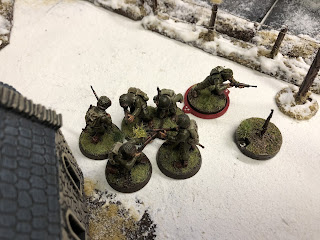 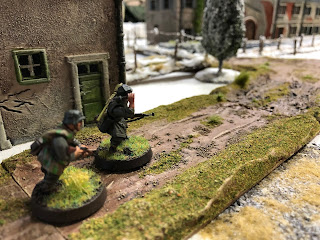 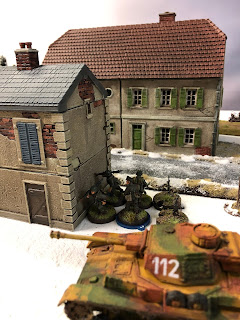 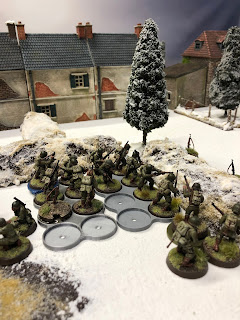 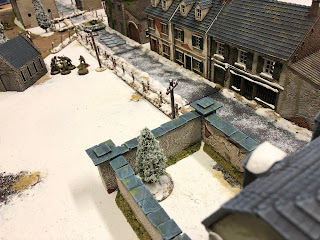 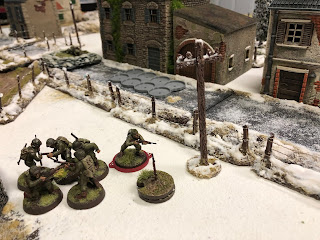 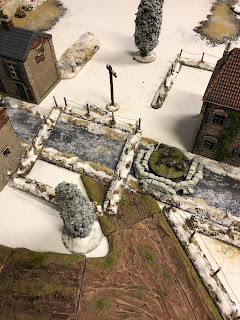 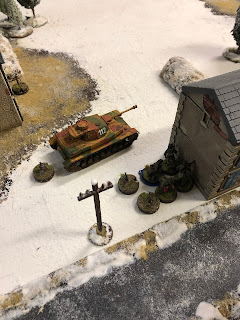