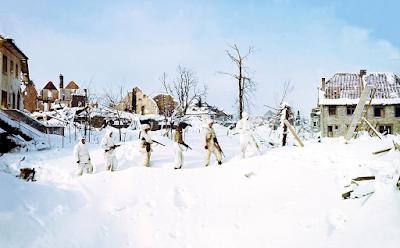 We had another battle in last evening in our Bloody Bucket campaign. This was a Blitzkrieg from Table 4 to 5, so I was going with the same supports and troops I had on Table 4.
Sturm Platoon #2
CD 5 Green FM8
1 SL
3 man rifle grenadier team
1 Sturm Squad w/JL
1 LMG Squad w/JL
Supports (12)
Captured Jeep
Sniper
LMG Squad (down to a JL with 1 LMG with 2 crewman)
le IG.18 w/ JL
American Rifle Platoon
CD 5 Regular FM 9
2 SL's w/ Bazooka Team
3 Rifle Squads w/JL
Supports (?)
Minefield
Entrenchment
0.3cal MMG team
This time it was Pierre-Yves who got the jump on me, with an excellent Patrol Phase in addition to having the higher Force Morale. As you can see below, I really did a poor job. 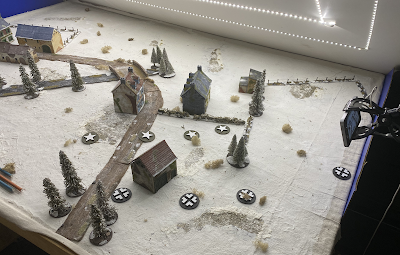 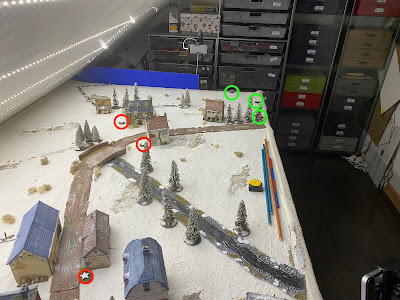 So things did not look good, this was an attack and defend scenario so the only way I could win was to force the Americans off the table, while maintaining my FM at 3. P-Y then through in a real ringer and put down a minefield next to my most westerly JOP.

At this point it felt pretty hopeless and as you can see from above P-Y over the next couple of phases placed a 30cal MMG in an entrenchment to cover the whole eastern edge and then placed 3 squads just north of my JOP's. I was able to get a sniper in the building just north of the minefield, and I placed a Sturm Squad and tried to get into the barn and even though only a single American rifle team was able to see them, they were broken in 2 phases and routed off the table.....very quick game and well played by P-Y. 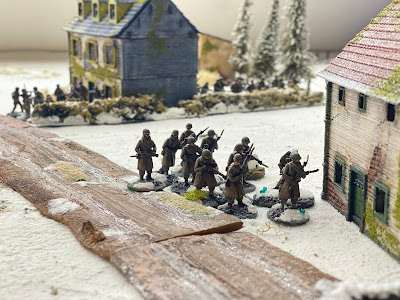 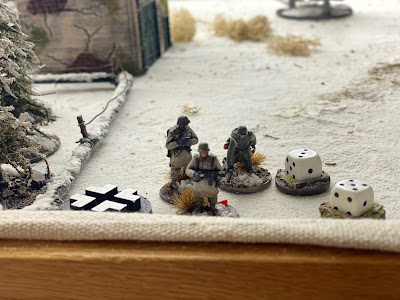 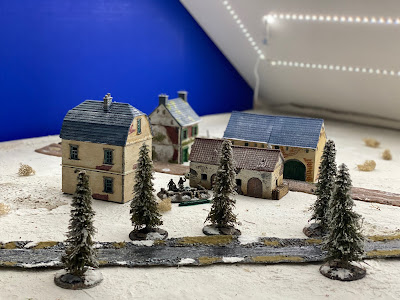 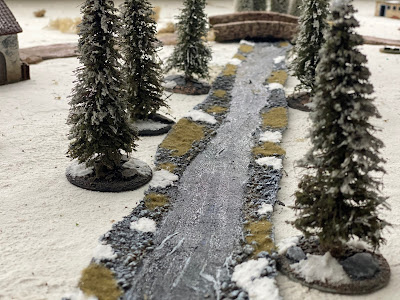