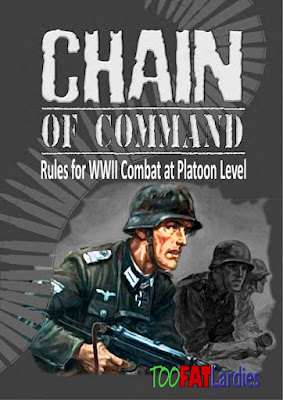 I held another training game for the WWII ruleset Chain of Command yesterday. We used the same scenario, Approach to Mirfeld, as I had used previously. This time we had 3 players, Alessandro who is based in Italy, Adam here in Massachusetts and Gavin joined us again from Poland. 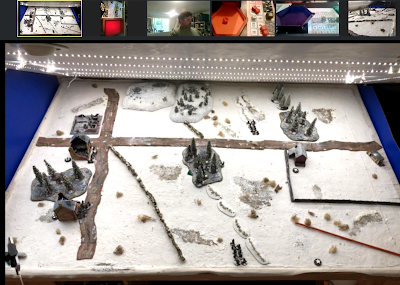 All 3 players had their own dice trays and the game went quite smoothly. Alessandro and Adam took the American attackers while Gavin played the German defenders. We played for about 3 hours and it was a clear German victory this time but some nice tactics were exhibited by the Americans including good utilization of Covering Fire. I also learned a new rule yesterday that a Bazooka Team firing HE can only be commanded by a SL (thanks Gavin).
No need to go into the details of the game but here are a few photos. I think this would be a challenging game for the Americans generally but it does demonstrate a lot of basics. 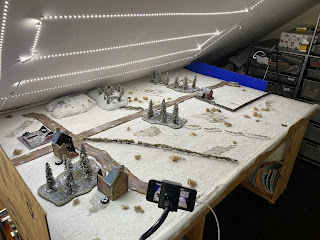 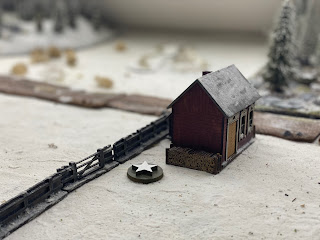 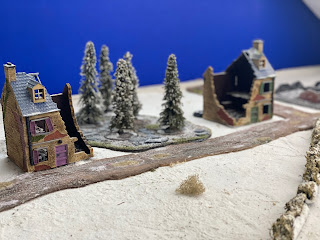 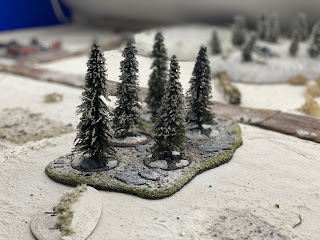 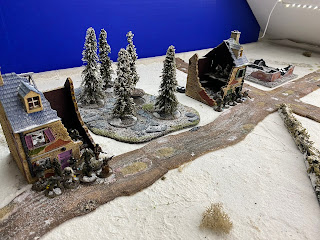 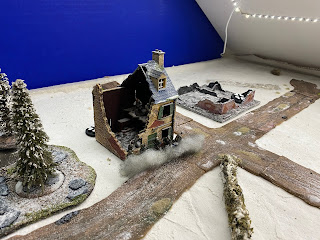 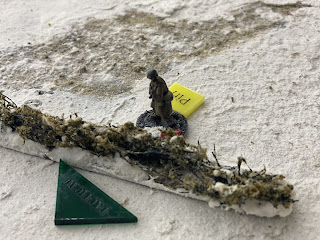 I will be using this game for Virtual Lard 3 on October 3rd, I think I will then put it to bed!