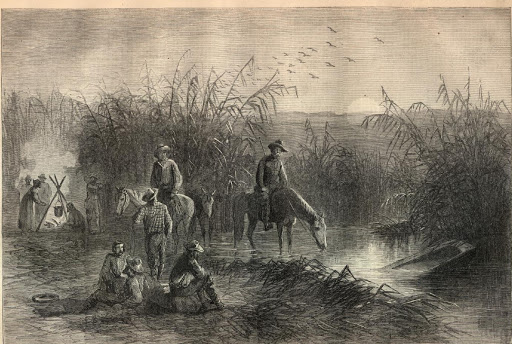 This past Tuesday I had a great time playing a Virtual Game of TFL's Sharpe Practice. The game was put on by Will Hunter. Sharpe Practice is probably my least played TFL ruleset, I think because I found it a little slow and not as dynamic as say Chain of Command. I also had some problems understanding some of the mechanisms, but not withstanding I am always happy to get in a game.  I met Will through Virtual Lard as well as the Virtual Tabletop Wargaming FB group. I think he is the only other Lardie in this group.

Will tells me that he has been working putting together a ACW Sharpe Practice campaign for sometime and wants to test the different scenarios he has put together. On Tuesday, we had our game. Will hosted myself and another gamer from Michigan. Michael was well acquainted with the ruleset so that was an enormous help to me. I am sure I slowed down the game a bit but I did leave the game having a much better understanding of the rules.

Will uses a single camera setup with a spinning table. This really worked quite well and as you can see from the screenshots taken below the view was really quite excellent. We played a fairly balanced game with the usual leaders and 2 units of Skirmishers each and 2 formations of Formed Infantry. 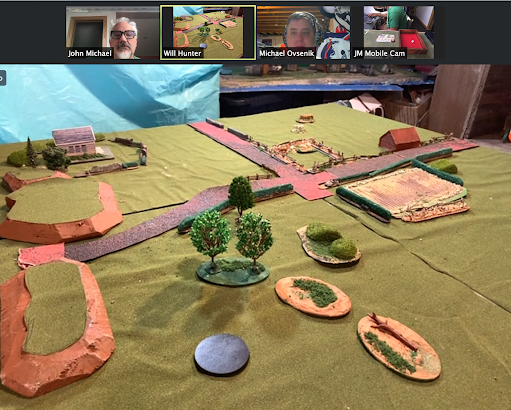 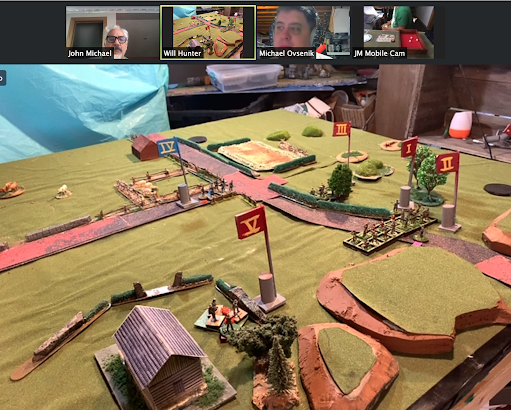 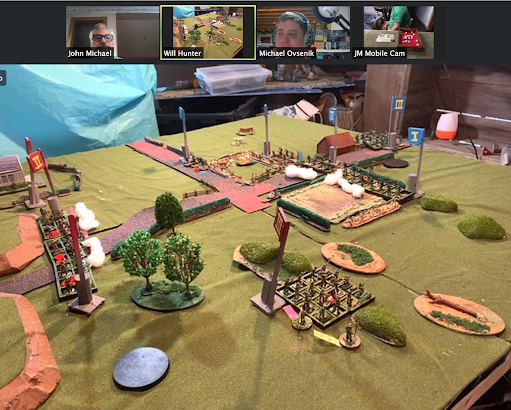 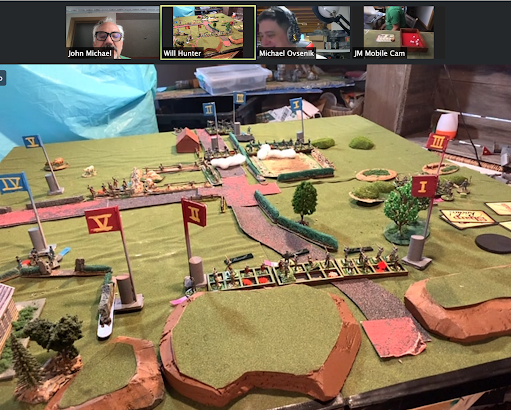 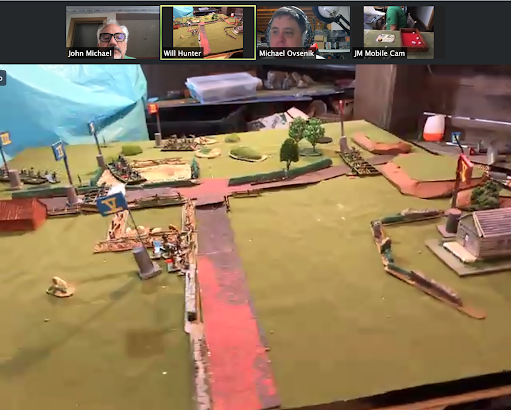 The game was a lot of fun, and was a close run thing. I played the Yankees and I probably rolled the best dice I have ever done. I did get ahead on Morale but lost the game because the damned Rebels got off the table before I could kill them.

The game was a great experience and I hope that I get to play another in Will's campaign.