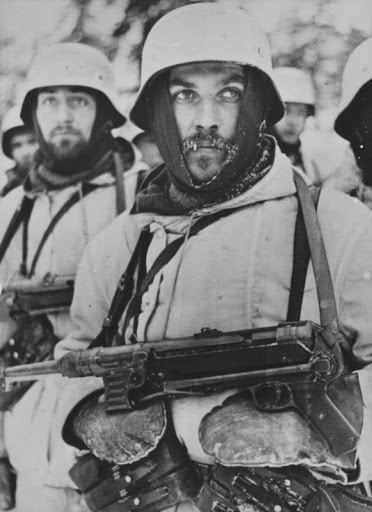 We had a return engagement to Bloody Bucket last evening, the Germans decided to throw themselves yet again at Holzthum (table 2) from table 1. We are now at turn 3 at the German position is as laid out below. 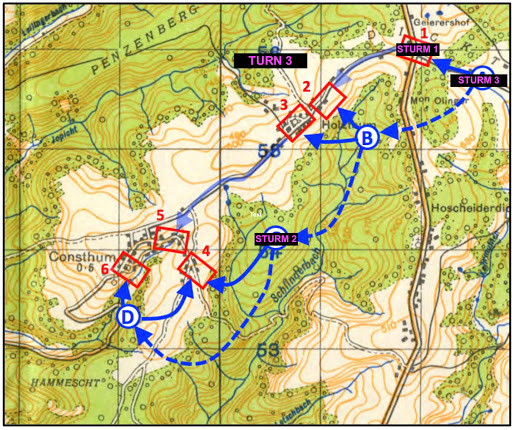 Sturm Platoon #1
CD 5 Green FM9
1 SL
3 man rifle grenadier team
1 Sturm Squad w/JL
1 LMG Squad w/JL
JL
Supports (15)
MMG Team
SL
LMG Squad
Sniper
PanzerSchrek Team
American Rifle Platoon
CD 5 Regular FM 11
2 SL's w/ Bazooka Team
3 Rifle Squads w/JL
Supports (?)
Extra BAR
2x Entrenchments
0.3 MMG team
3x Barbed Wire
Sniper
1x Barbed Wire
So on the game. I knew most of the supports that P-Y would have but of course he could have moved some supports from table 3 to table 2 in the turn change from 2 to 3. I was concerned he would bring on some armour, I never did find out if he did or not, although he did move some more barbwire and promptly put it in the forest to block any Germans from sneaking through the forest. Of course I bought a PzSch Team rather than engineers. I felt however despite this the Patrol Phase went fairly well for me as I was attacking from the east and elected to play the scenario as The Probe. This gave me 2 lines of attack in both the north and the south to get a team off the western edge of the table and win the game. I felt this time I was all set! 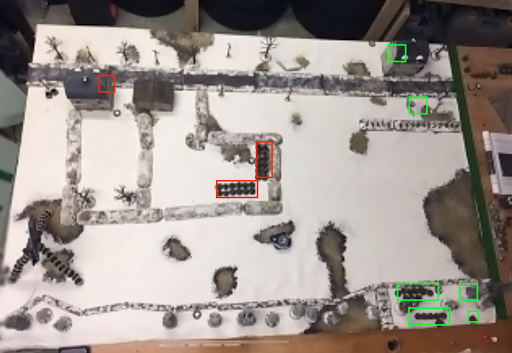 I should have known that when I threw a 2 for FM and P-Y threw a 6, things might not go as planned. And they did not......P-Y then proceeded to throw the most amazing Command Dice I have seen getting multiple double and triple phases in his first several throws. I did hold back, but by now he had multiple troops on overwatch with the Germans not even deployed. I felt I was pretty cautious bring on a MMG in Hard Cover to trigger the OW, but his firing dice were just as good as his CD, I am pretty confident that is hit ratio was almost continually almost 2/3 on 15 dice. All I could appear to throw in defence was 6's! Before I knew it my FM was down to 4, so throwing 4CD. Of course at this point I had 2 double phases but of course I had no men left, I proceeded to kill a couple of Americans but then withdrew for a 3rd time from Holzthum.
The Summing Up: Battle 4/Turn 3
Americans 1 dead 1 wounded
German Sturm Platoon #1 6 dead and 4 wounded.
Campaign Tracker
Germans
Men's Opinion -4 (-1FM)
Overall Commander Outlook Affable (+1 FM)
Americans
Not tracked