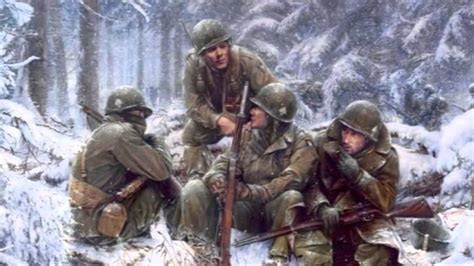 Today I hosted a Chain of Command game as a training exercise for two newish players. I advertised on Virtual Lard and CoC Facebook, and 2 players put themselves forward. Trevor joined me from Nebraska and Gavin zoomed in from Poland.
I went with The Probe scenario but ran it along the long axis rather than the short. We played an encounter which could have happened in the later stages of the Battle of the Bulge. 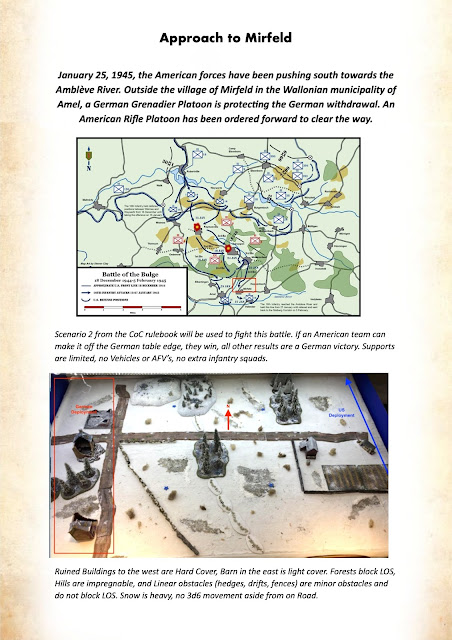 Things went well, I certainly enjoyed myself and the two players got their first actual game of CoC under their belts. They both did quite well and understood the mechanics of the activation, firing and movement fairly quickly. The American player Gavin took an adjutant, medic and 600mm Mortar team, while Trevor took a sniper as their supports. There were a few double phases, maybe slightly more for the Germans, but unfortunately near the end of the game so they could take little advantage of them as their FM was plunging. I decided on a marginal American Victory as the German FM dropped to zero, but the Americans had not got their requisite team off the table. 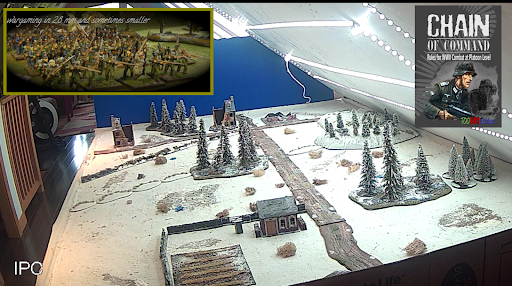 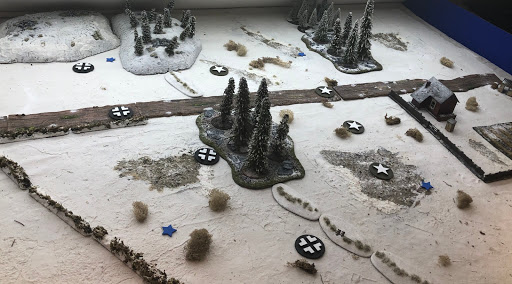 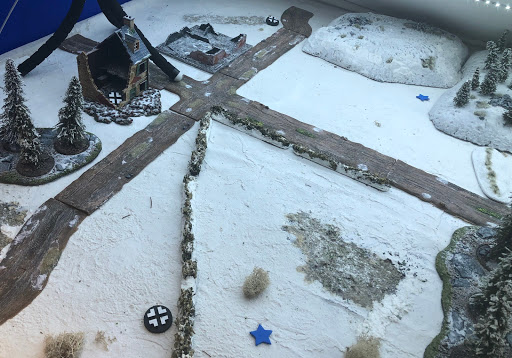 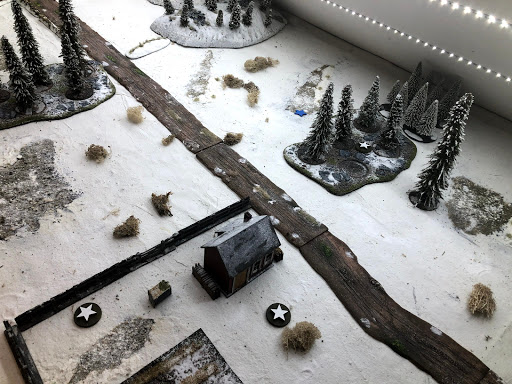 So the Patrol Markers and the 2 sets of JOP's are above. While some action shots are below. 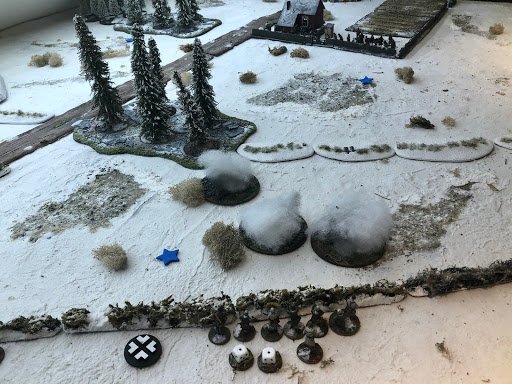 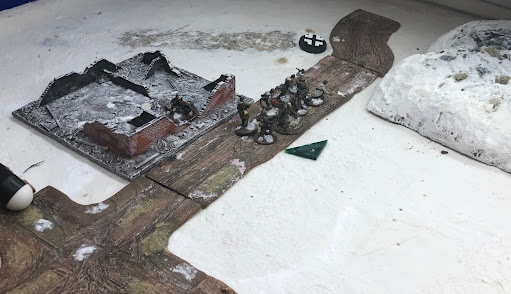 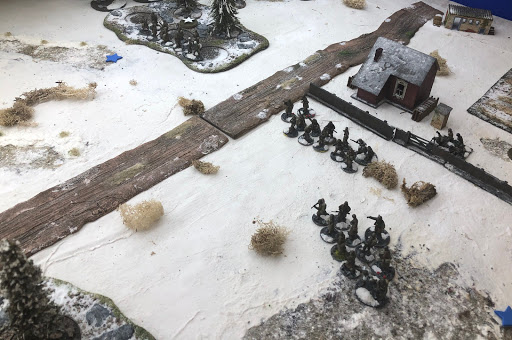 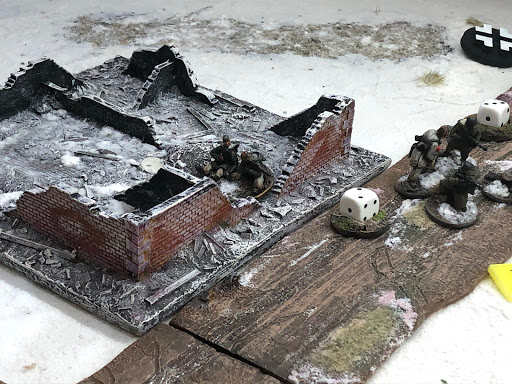 A special thanks to Trevor and Gavin for joining me, I hope to see them both again.
Posted by john de terre neuve at 16:49