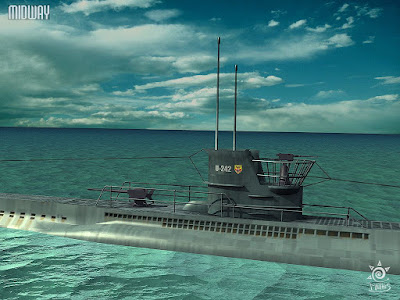 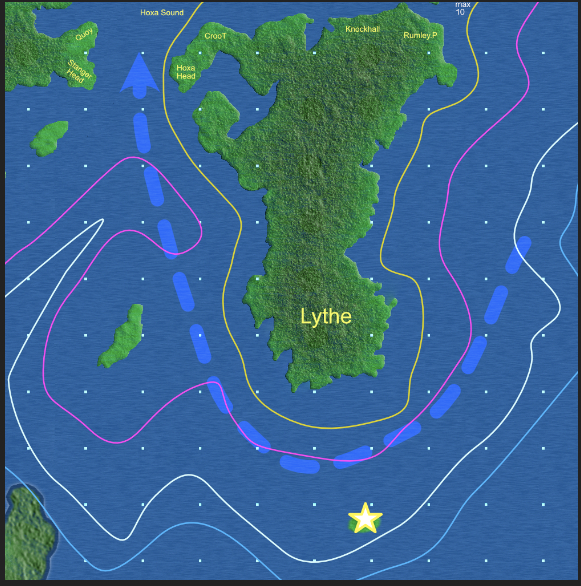 Starting at 0400 hours at night, overcast clouds with little light and slight rain, UBOOT hitched a ride through the shipping lane into south entry point into Scapa Flow Naval Base, around Lythe Point.

Following 400 meters behind the propellor wake of a cargo carrier coming in from NORTH EAST, UBOOT advanced at 20 meters periscope depth, for almost 2 hours at slow speed without being detected. 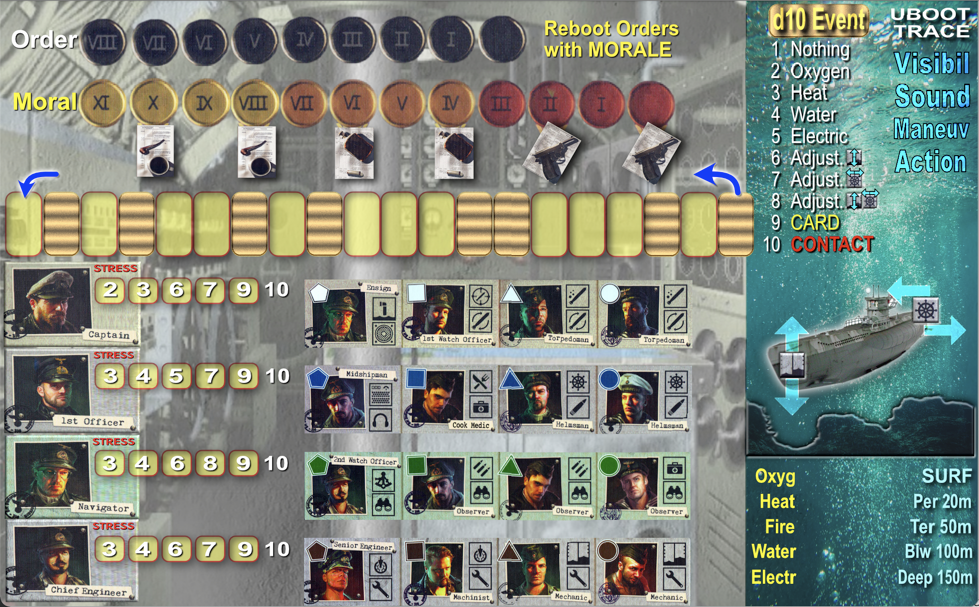 Just before Hoxa Sound, small patrol boat arriving for escort, apparently got some idea of UBOOT because suddenly a single PING could be heard clearly in the sea.

UBOOT officers decided to do a high-risk maneuver: UBOOT dropped down to 50 meters, and continued under the ingoing cargo vessel, using its engine and propellor noises to mask own advance. Torpedo boats could be heard running search pattern behind with occasional PING. UBOOT advanced through Hoxa Sound underneath the cargo vessel, and a corvette-class smaller Sub-Hunter passed onto the other direction. 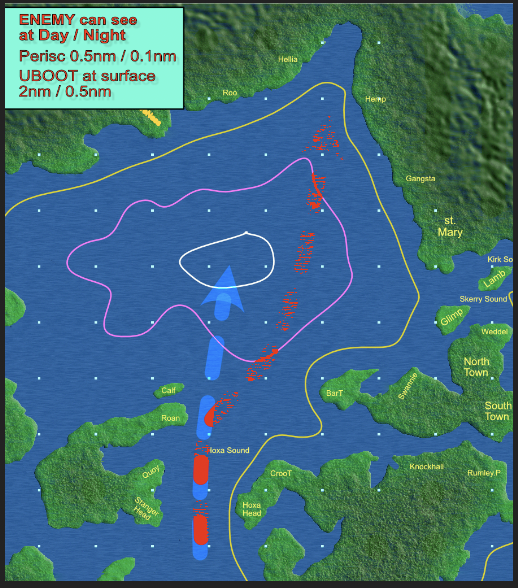 Inside Scapa Basin things got quiet again, cargo vessel continued toward Scapa Flow harbor area up NORTH, UBOOT took position in the middle of the basin with water at 180 meters deep, ventilated for 30 minutes, then closed hatches and dropped down to rest at sea bottom for the day that was just starting to arrive.