This past Monday, we got in our 10th Bag the Hun game by internet. Quite comfortable with the rules now with very few questions coming up. We are playing about 8-10 turns now in 3 hours which is really quite good when you think only one of us (P-Y) has to move all the planes. In this game we introduced a couple of new mechanisms namely flak and having to land a plane. This was also our first game where we played with some Russian aircraft while we introduces also some new German aircraft from Focke-Wulf.
This is another scenario by Jim Jackaman which can in found in the TFL specials. Here we have a lone Fw189-A2 reconnaissance fighter is returning from a mission during Operation Bagration (1944) and has to land at an airfield at the other end of the terrain, which is protected by 2 light flak positions. On turn 3, a zvenyo of La5-FN (6 Planes) enters from the same edge (east) trying to take down the Fw189-A2 before it can land. A schwarm of Fw190/F8 (4 planes) enter on turn 4 (north) to protect the lone reconnaissance plane from the pursuing Russians.

Victory to the Russians if they can take down the Fw189. As usual I will let P-Y's excellent photos tell the story. 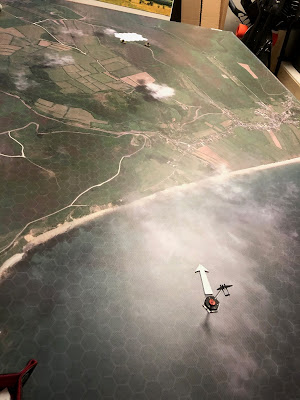 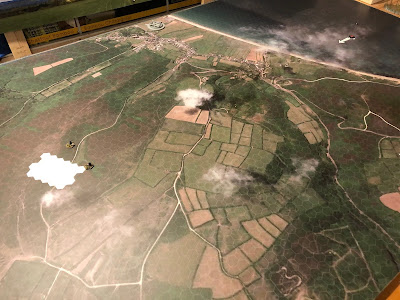 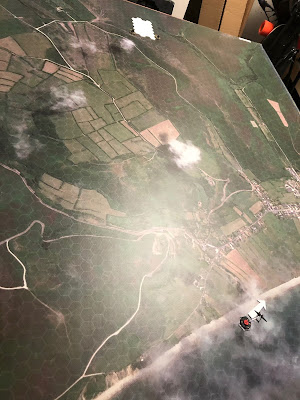 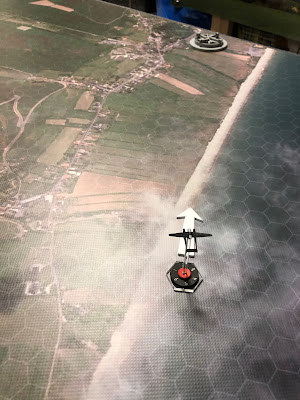 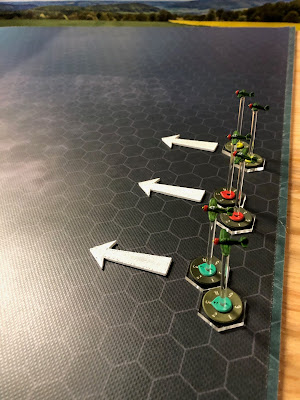 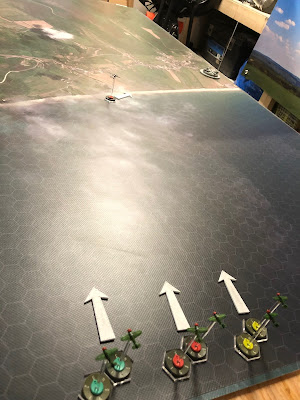 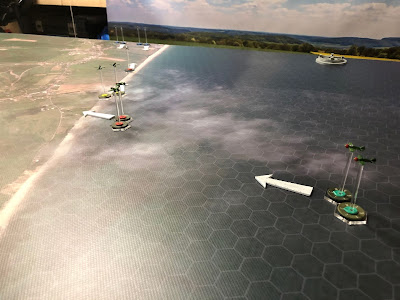 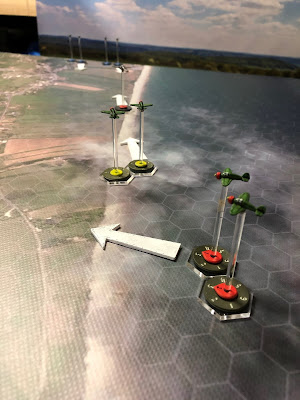 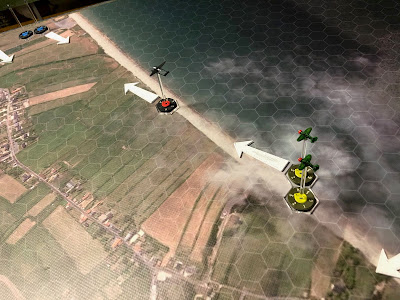 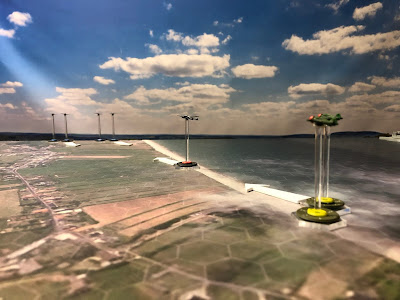 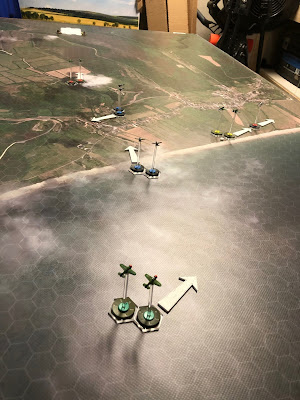 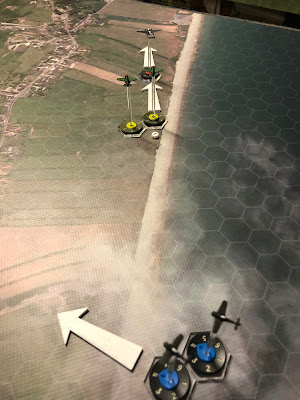 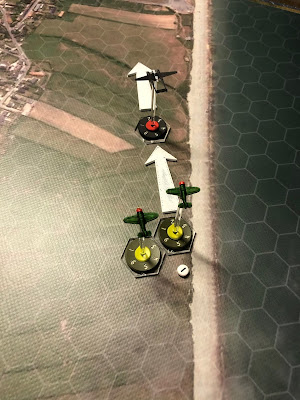 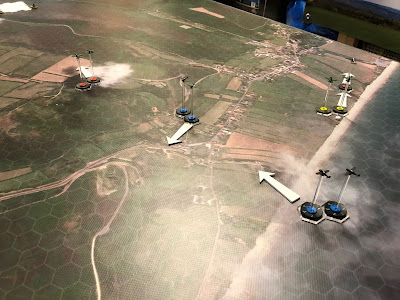 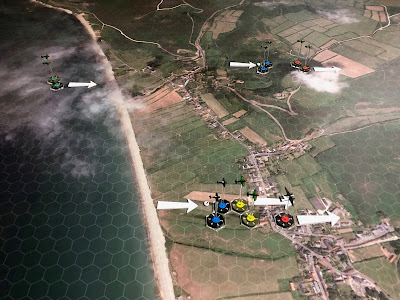 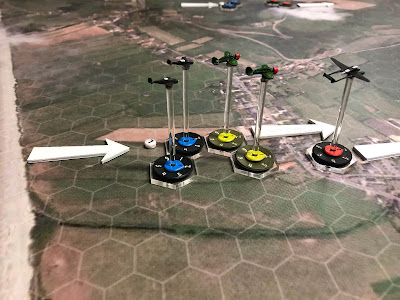 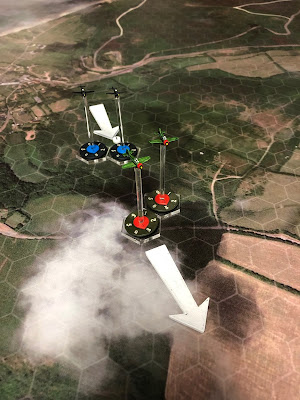 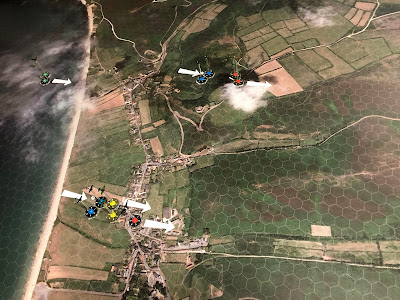 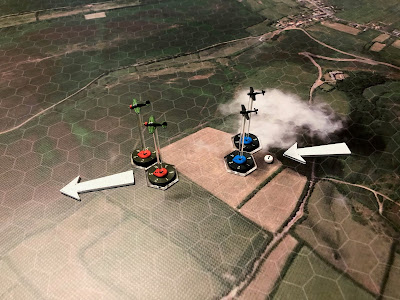 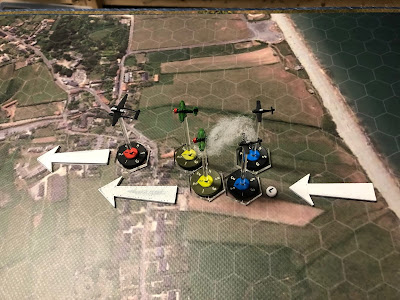 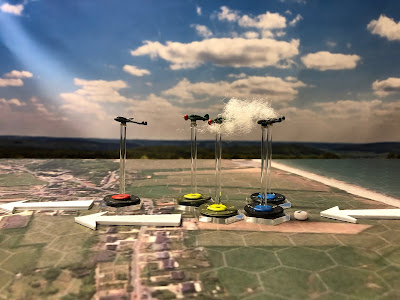 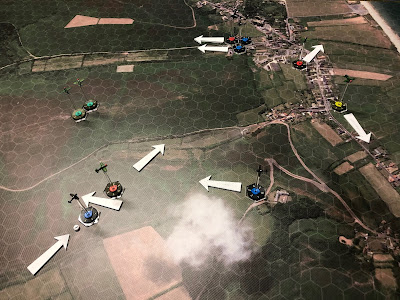 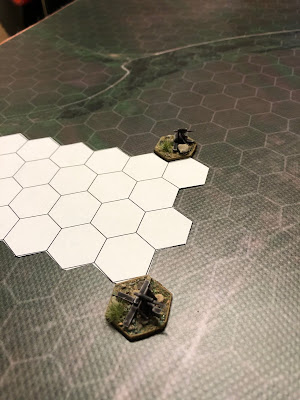 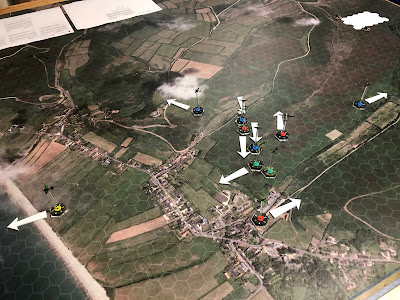 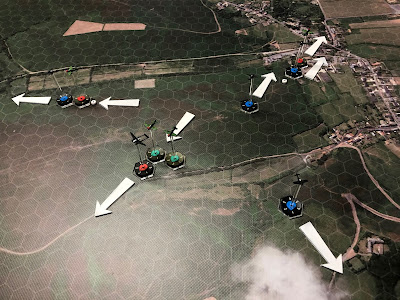 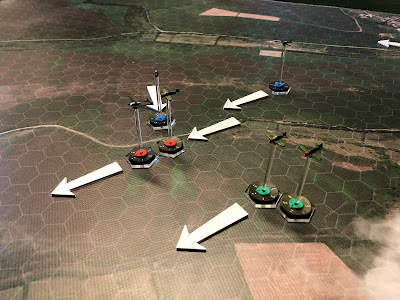 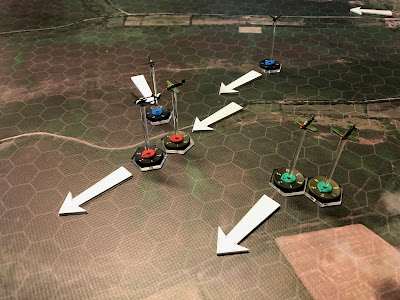 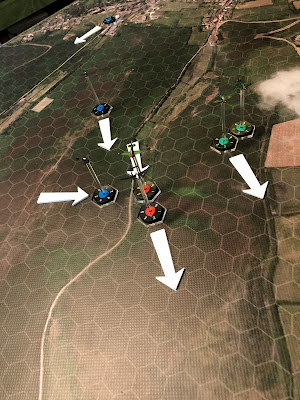 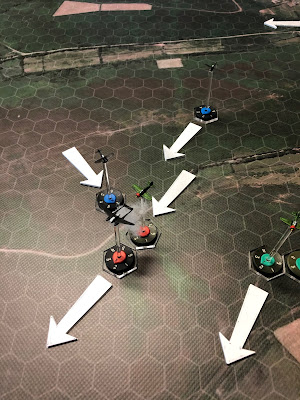 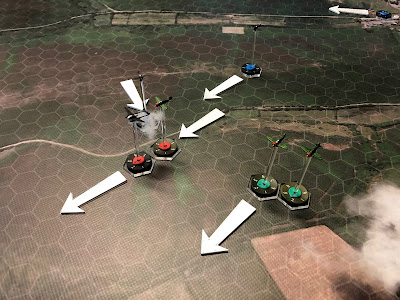 We got in 9 turns before the Fw189 was shot down, it was midnight so time to stop. I suspect P-Y might have been able to take out another Russian plane if we played a 10th turn (our limit), this would have resulted in a draw. But a good Russian victory none the less.

Next Monday we are going to change things up a little with a Naval WWII game.
Posted by john de terre neuve at 07:53