Von Luck-Turn 5-The Church on the Flank 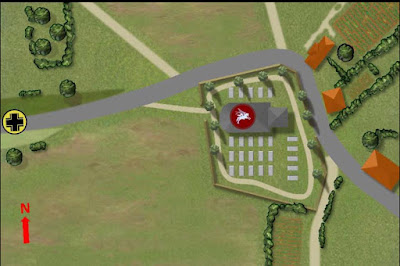 We played our 5th turn in the Von Luck campaign this past Saturday, this is the 4th table of 5 and I had yet to gain a victory. I withdrew from the 1st table immediately as hardly any paratroopers had shown up from their drop points and lost table 2 and 3. I was able to initiate a Naval Bombardment at the beginning of Turn 3, so this was our 5th turn but really 3rd game. Mike decided to bring in his 1st platoon again and I had a completely new platoon which was for this scenario only.

So on to the game:

So another British Loss, now really quite hopeless as I have to win 3 games in a row on the last table to prevent the Germans taking Table 5 in 8 turns. This is made all the worse by the lack of clarity in the ruleset in respect to using snipers and open topped Armoured vehicles. 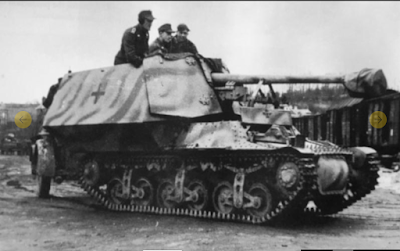