I received these models a couple of weeks ago and they really are first class and a lot of fun to paint. I have now completed my purchases for my 4000 point Horus Heresy Epic army. Still some painting to do, but should be ok to go for that planned but not yet scheduled Canadian East versus West Epic battle. The Blood Angels will be ready!

I have a tendency to overpaint these small models, but time was limited and I think I have them just right. I did learn an important painting tip this time around. I had been priming the models red and then using a wash to bring out the details. This time I primed them black and then used an airbrush to spray the red. Much better effect for shadowing but leaves the high points bright.

The descriptions of the airships are from the Warhammer 40k Fandom.

The Kharybdis Assault Claw is a type of Drop Pod used by the Legiones Astartes during the Great Crusade and Horus Heresy. The Kharybdis is a monstrous drop pod capable of carrying large assault forces through the void and mounting significant firepower to blast a path through defending small craft. As a fully operational dropship, these craft serve as orbit-to-surface transports, a role that allows them to use the firepower of their storm launchers and melta cutters to scour clean their chosen landing zone before disembarking their deadly cargo. 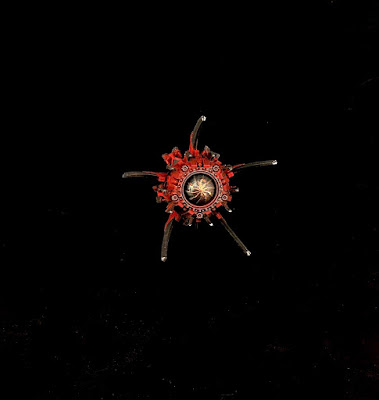 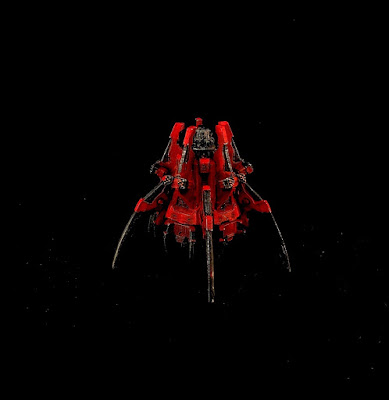 The Storm Eagle is a heavy assault gunship used by the Chapters of the Adeptus Astartes as a heavy tactical air support unit. Storm Eagle gunships will follow a Space Marine Chapter's Thunderhawk gunships and Drop Pods into battle, where it can lend its weapons to a devastating aerial assault. The Storm Eagle mounts an impressive amount of firepower for an aircraft of its size and is also capable of transporting twenty Space Marines directly into the thick of a ground assault. 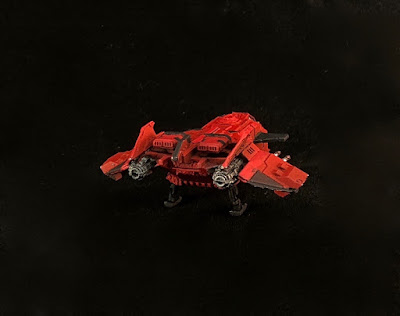 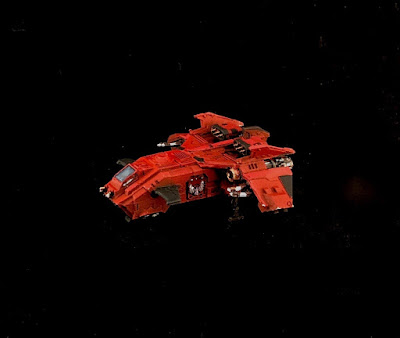 The Xiphon Pattern Interceptor is a void and atmospheric flight-capable fighter craft once used by the Space Marine Legions of old. The Xiphon Interceptor was widely used by the Legiones Astartes during the early days of the Great Crusade, before falling out of regular service and seeing a resurgence in general use during the Horus Heresy due to shortages of available combat aircraft.