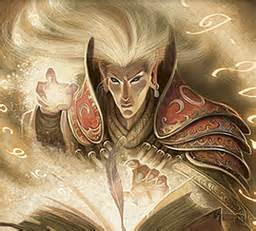 On Thursday last, I finally got in a game where my opponent was in the same room...over a year! It was my first game with Adam since the fall of 2019 and my first game of AoM since the Summer of 2019. I had some AoV SAGA games with my friend Luis in Montreal in December and January of last winter, it is amazing how the past year and some has been turned upside down.
Anyway it was great to get in a game and interestingly enough, I suspect it will be my last game at the Hobby Bunker........as they are moving to a new location in Wakefield.
Game Set-up (BoB Chaos)

The Lords of the Wild (7 SAGA Dice)

Archdemon (1)
Winged Sorcerer (1)
Monster Scourge (1)
12 Hearthguard (3)
8 Hunter Warriors (1)
8 Warriors (1)
Sacred Ground-Unstable Portal
Although the game was set at 6 turns, time was limited as Adam had to pick up his little girl. The game started off well for both of us, I was able to get in the first kill by using the ability Call of the Spirits, which took out 4 of the The Otherworld Hunters. We seesawed back and forth then, with Adam taking out 1 of my Mounted Hearthguard as well as his Scourge killing all my Warriors. I was able to take out a few of his Hearthguard with my Bow Armed Hearthguard. Adam did a much better job using his Magic spells than I which did give me quite bit of grief. Unfortunately, time went by quickly as we had not played any AoM for over 18 months and we had to finish off after 5 turns only. We did the Arithmetic and Adam was ahead, but it was pretty clear as you can see in the last photo his Archdemon was under significant threat. I believe if we got to turn 6, he would have been done for as I had yet to initiate the Call of the Wild, a one off ability the Hunter has to activate all units for free. Famous last words! 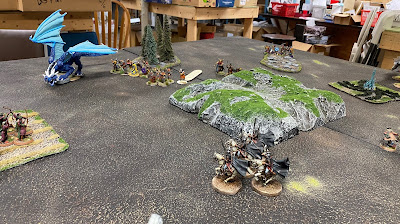 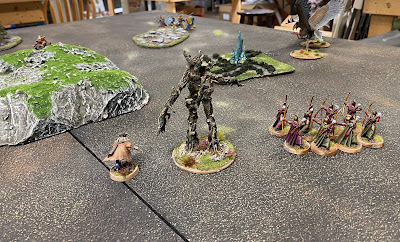 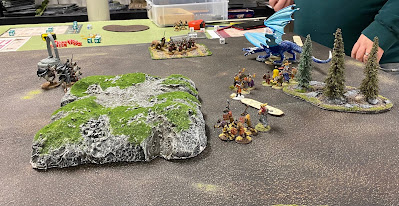 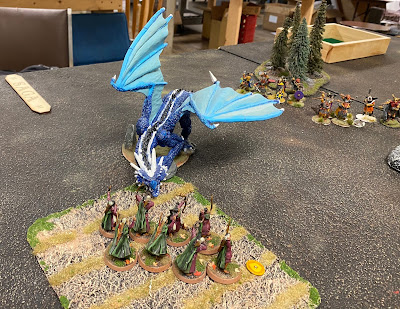 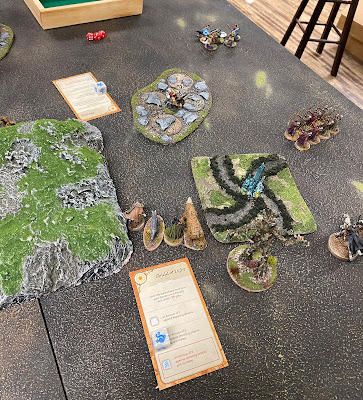 It was great fun to go to the Hobby Bunker, see Adam again and get in a game of SAGA. I also was quite pleased to get a new warband for SAGA on the table. Hopefully another game soon.
Posted by john de terre neuve at 11:29