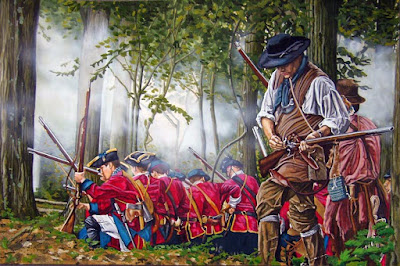 Last Saturday, I finally got together with my friend Iannick by Zoom to play a game of Muskets and Tomahawks II. Iannick was my first wargaming opponent, I believe we probably had a Napoleonic game more than 10 years ago. Since then, we have had 2-3 games per year in Montreal, mostly Napoleonic but certainly some French Indian War as well. We had planned our first game of Epic Horus Heresy last March, but the pandemic closed the border about a week. I have been encouraging Iannick to have a Virtual game, I believe he has been involved in a Virtual RPG game, but I finally convinced him to try Tabletop Miniatures remotely.
I decided to go with a fairly simple OB and scenario as detailed below. The victory conditions were Battle for both sides in the Wilderness. As is appropriate, I played the Brits and Iannick played the French-Canadiens.

I believe the French were the attackers, you can see the initial thrust by each side in the photos below. I thought I was playing a very clever game but within 90 minutes all my troops were dead or driven off the table except for my regulars. I blame the Dice Gods, but I suspect that Iannick's bloodlines give him an innate skill in playing the FIW. 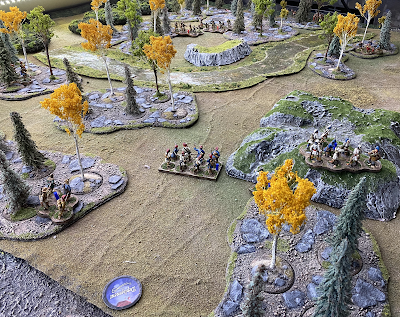 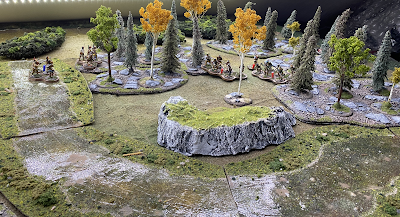 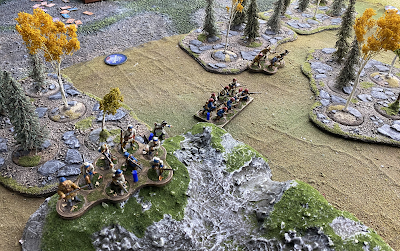 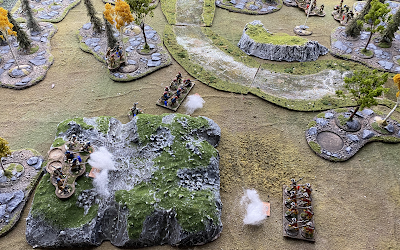 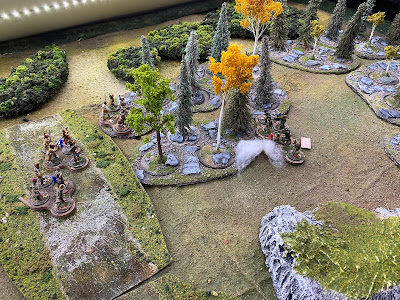 It was a lot of fun, I am sure we will get in another game soon.
Posted by john de terre neuve at 09:11