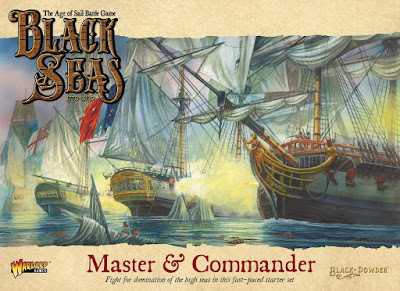 On Monday night, P-Y came over to my apartment and introduced me to the new game from Warlord Games; Black Seas. Many years ago I bought the Trafalgar ruleset from Warhammer Historicals, with it came some small metal ships, I think 1/2400 scale made of metal. I painted a couple of the ships, which I found quite difficult to assemble and really got no where with it. It all got packed away. At the same time I did buy a sea terrain mat with some islands which was really quite nice. It got stored away and I forgot about it. A couple of years ago, Adam introduced me to some WWII wargaming, but I found the gaming experience was overwhelmed by the book-keeping so I pretty soon lost interest.

It was with some reluctance that I talked myself into buying the Black Seas starter set. I am not an enormous fan of the Warlord Games rulesets, I find Black Powder a little boring and Bolt Action just has not attracted me. I suppose, I am too much of a TFL fan. Anyway, P-Y showed me a couple of ships he had done and it looked like an interesting change from paintng terrain and figures, so I said why not.

The little ships are beautifully made and are very easy to put together. They are fun to paint, I decided to go with the Spanish, I like the sky blue and red details but at the same time all ships were different and one has a lot of latitude on what colours to use. The rigging was quite a challenge (I think it took me 3-4 hours to rig a 5th rate yesterday), but I did get a lot of satisfaction out of the task. Once put together they do look rather nice.

I was not even sure if I was going to play the game but after watching a couple of videos, I said why not so I invited P-Y over. Well I have to say the game is enormous fun, there is really no book-keeping and the rules are completely intuitive. You can also easily scale the accuracy of the simulation up but the game stil remains quite simple to play. I have to admit it was probably the best new gaming experience I have had and I have gone through a lot of different rulesets in my last 15 years of wargaming. A lot of it was probably due to P-Y but interesting enough he has only played 2 games so that says a lot about the ruleset itself.

We played a 5th rate and 2 brigs aside and waht follows are a few photos. I really was just trying to learn the rules, so got in collisions and barding as well as movement and fireing. It was a lot of fun, looking forward to my next game and the release of the Spanish flotilla in mid December! 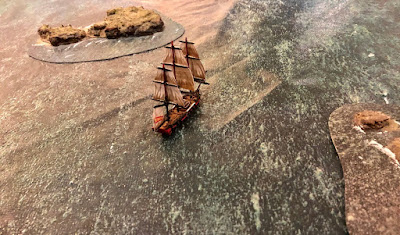 I also finished painting up the painting the Frigates and Brigs starter box today so here is my small fleet. I have to touch up some of the colours but that is about it. 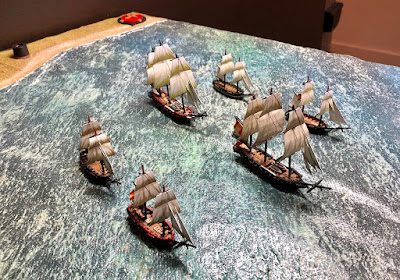 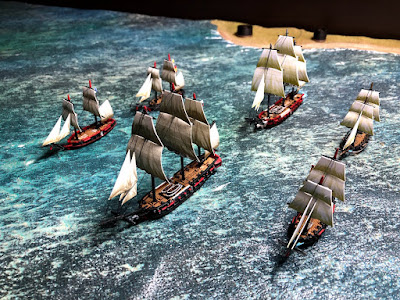 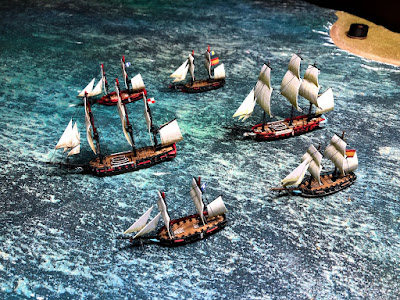 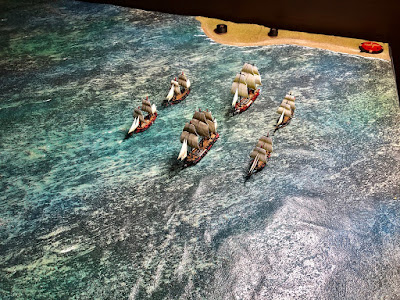 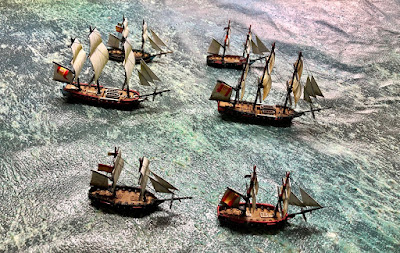 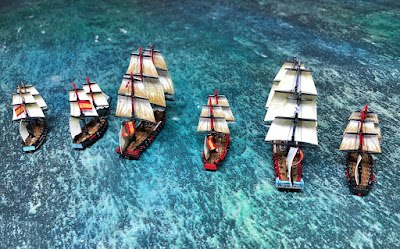