Attack of the Old Guard 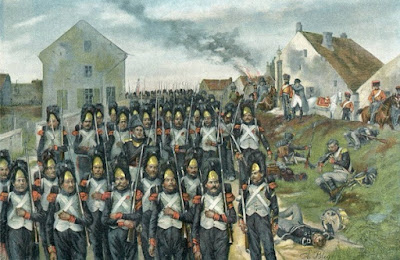 We played another scenario from the 100 Days sourcebook for the Général d'Armée ruleset on Wednesday night. Again with Iannick, but I took the French this time and he played the Allies.

It is an intersting scenario as the both sides have already taken significant attrition, so enter the fray already wounded. Essentially both sides are weakened but the Prussians have arrived. Napoleon needs to make a decisive move to rapidily change the situation and snatch victory from defeat. He sends in the Old Guard against the British elite supported by their Brunswick and Dutch allies.

Some beer and pizza were had and the game commenced. We played for about 3 hours and got in 6 turns, unfortunately we were unable to come to a conclusion but I did take some photos the next morning to illustrate the game. 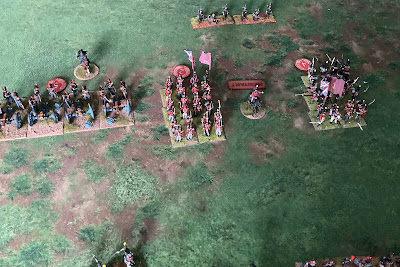 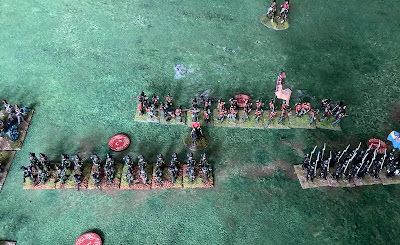 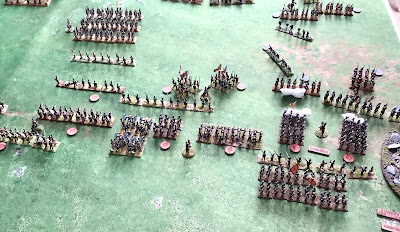 I think I could have won in 2-3 turns, I had Halket's brigade which had just 2 small battalions with 14 casualties and had taken out one of the Brunswick battalions. With this and the threat I had placed on the British Guards brigade, I think I would have accomplished dispersal of 4 Allied Brigades and accomplished victory. But of course who knows!
Posted by john de terre neuve at 06:37