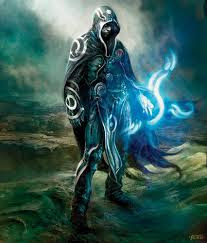 It was a fun game and went quite smoothly, using spells was quite interesting and relatively easy. The fact that we got a combination of Fog and a 5 Turn game with two shooting armies really kept the attrition down, but I did ike out a Victory with the MaUE scoring 15 points to tthe GK's 9.
Posted by john de terre neuve at 06:59